Looking for an easy way to get more potatoes into your life? Who isn’t? These Twice Baked Potatoes, microwave or oven-prepared, are just what you need!

If you were to show up unexpectedly to my house for dinner, there’s a pretty good chance you’re going to be served one of two things. Tacos (an easy standby), or some version of a potato.

We seem to always have a bag of potatoes in the cupboard and they’re my go-to grab for an “I don’t know what to make for dinner” recipe.

Yes, I love a good french fry, and this soup was pretty delicious too, but a good baked potato is hard for me to pass up. Especially when I can just pop one in the microwave and have a meal ready in just minutes.

I typically don’t do anything fancy but it just occurred to me recently that I could prepare a twice baked potato in just the same way!

I love a good twice baked potato but seem like I’ve only ever had them at parties as an appetizer, meaning I’ve equated it in my brain as something that takes too long to make! This definitely doesn’t have to be the case, I’ve learned.

Being able to have a twice baked potato, microwave or oven-prepared (if that’s your preference), will certainly take my “what’s for dinner” dinners up a notch!

Before the recipe, here are my favorite potato-preparing tips for the microwave!

Want some more tips? You can head here. Now, let’s get on to the recipe! 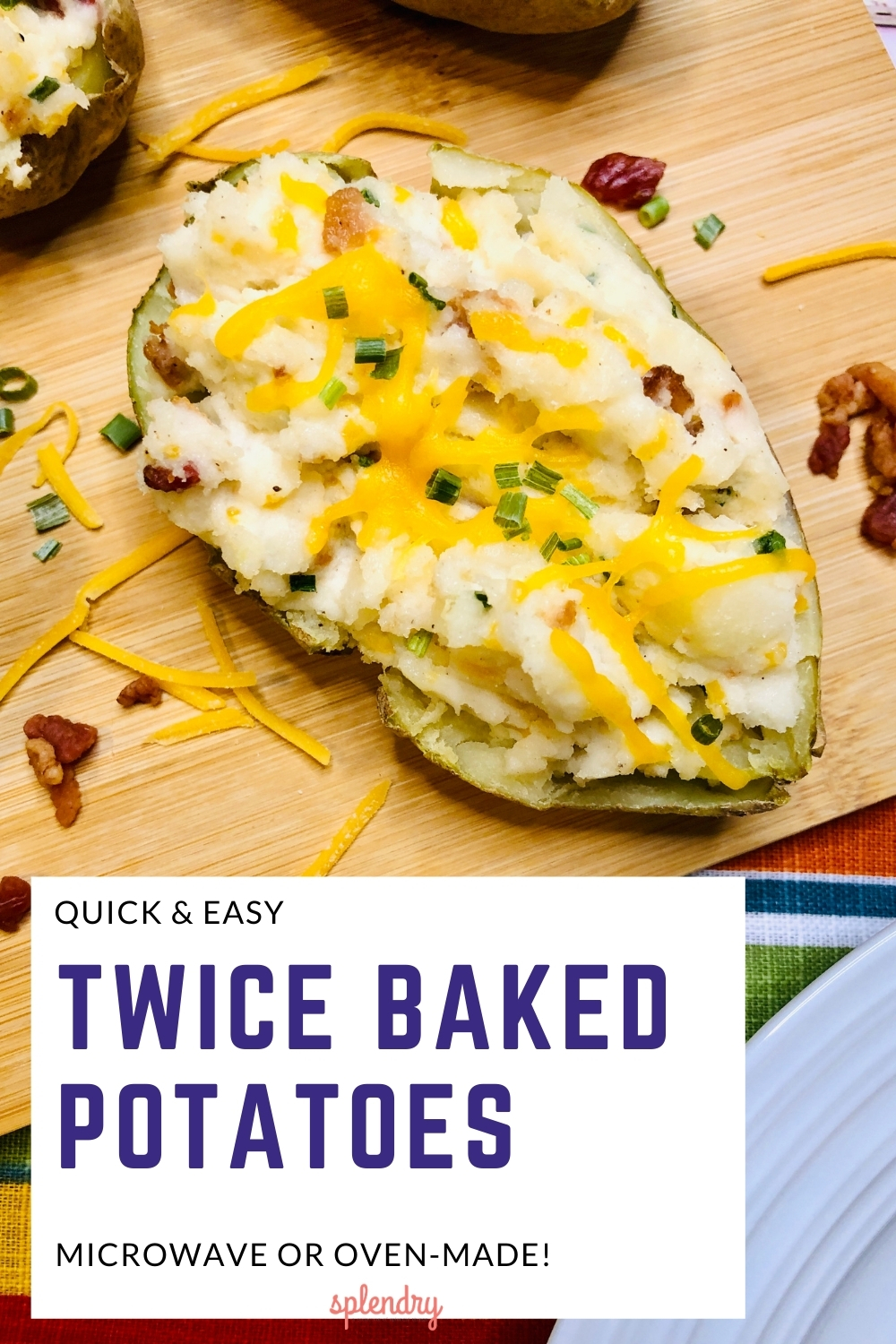 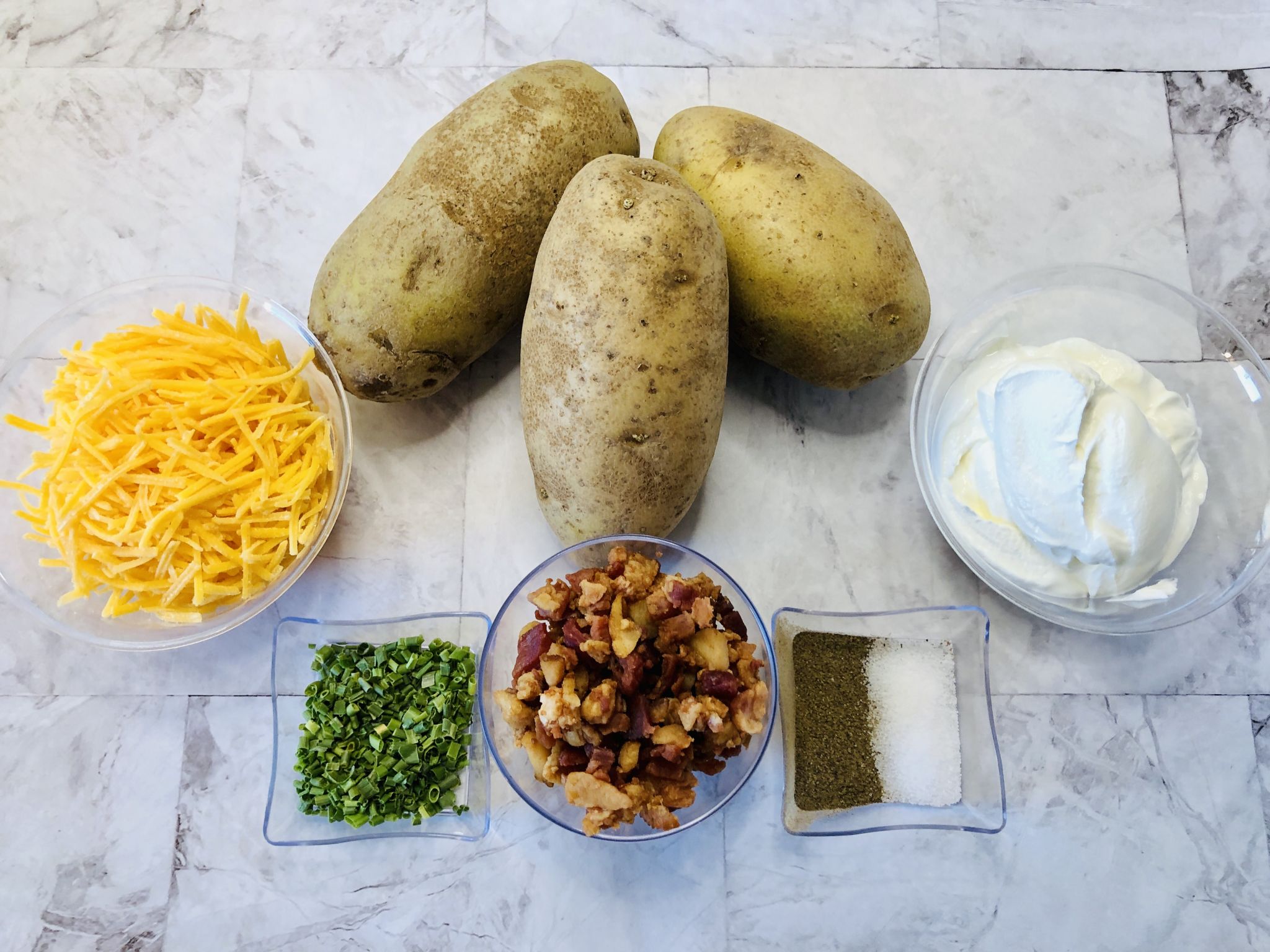 * You can adjust the amount of the ingredients to your liking – add more or less depending on how many potatoes you are making!

One of the best things about a baked potato is how easy they are to customize to your liking! In the past I’ve had them with chicken, taco meat, barbecue sauce, broccoli and cheese, or even some vegetables sprinkled with Parmesan. If you like it, you can probably put it on a potato!

If you’ve got a favorite potato topping I’d love to hear it!