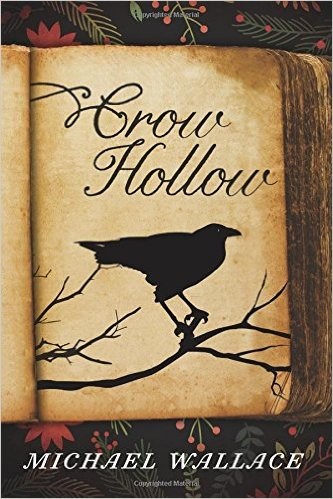 I love historical fiction set in early America. Okay I love all historical fiction, you caught me. One of my favorite children’s authors growing up was Elizabeth George Speare.  I especially loved The Witch of Blackbird Pond and Calico Captive. Crow Hollow, a new historical romance by Michael Wallace, felt like a grown-up combination of both of those story lines.

James Bailey is an agent of King Charles II sent to Boston in 1676. He’s on a mission to discover the truth about an Indian massacre that left the previous representative of the king dead. Prudence Cotton is left a widow after a sudden attack on her village by a tribe who had previously been peaceful. She is desperate to find out what really happened to her young daughter. James and Prudence team up to discover the truth behind the massacre in a race across the Massachusetts wilderness.

Loosely based on some of the true events of King Philip’s war, Crow Hollow is a fast-paced romance that will leave you wanting to know more about the time period.