Is it too much to say that we have a recipe for the best cheesecake in the world? Not if you’ve tried it for yourself!

I’ve got to admit, when it comes to desserts cheesecake has never made the top of my list. I don’t not like it, it’s just never my first pick for something sweet. (I typically lean more toward a good piece of pie instead!)

This cheesecake, however, is different.

This outstanding cheesecake recipe requires three 8-ounce packages of cream cheese instead of the usual two and is the secret to its rich taste. I mean, when have you ever had anything and thought, “that’s too much cream cheese“, right? No such thing.

Best Cheesecake in the World Recipe 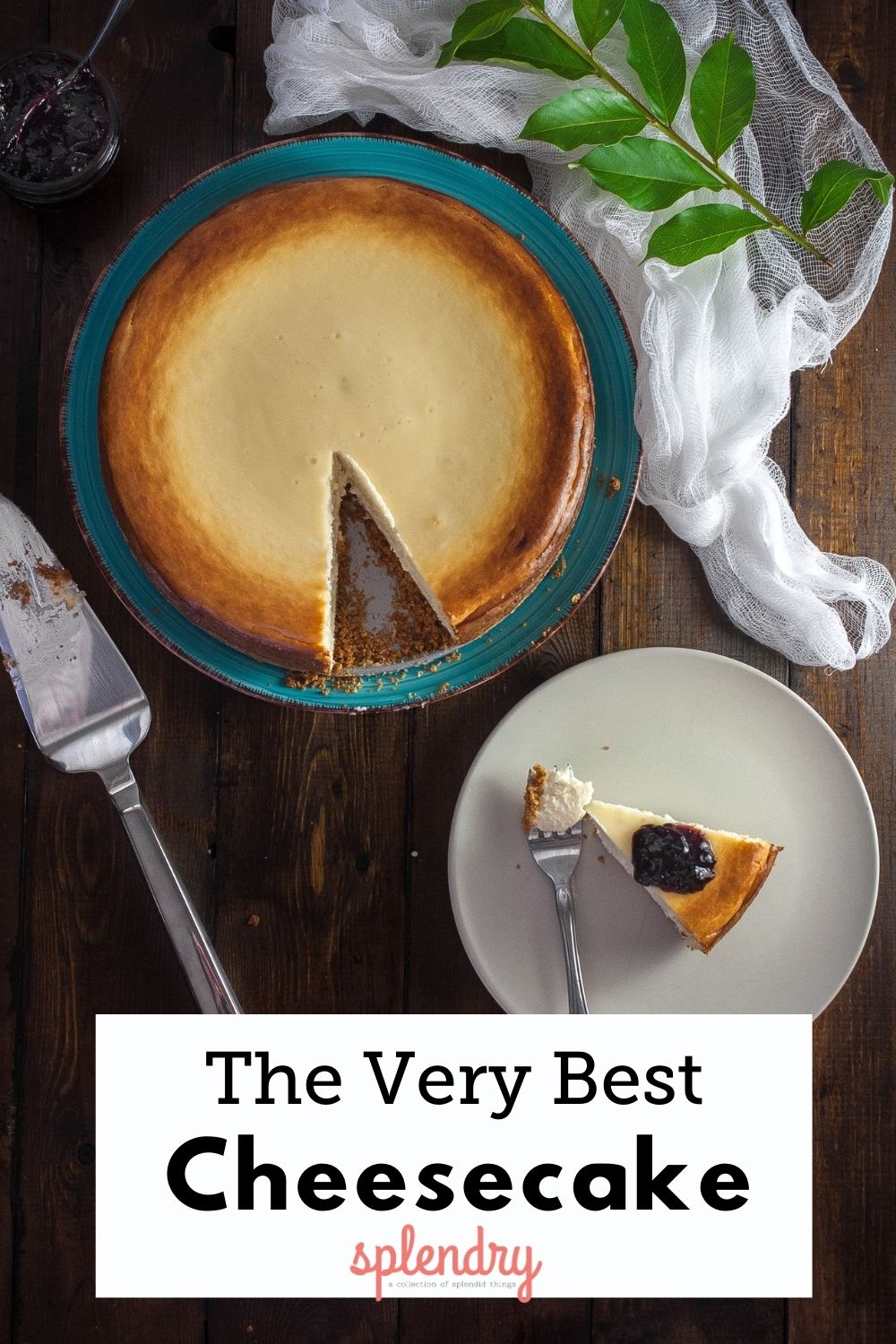 1. Mix the graham cracker crumbs and 3 T. of sugar together in a large (9-inch) pie pan.
2. Mix in the melted butter and then press the crumb mixture into the pan by gently using an inverted cup. If desired, a sheet of wax paper can be placed over the crumbs, and you can use your hands to carefully press the mixture into the pie pan.
3. Bake the graham cracker crust for 10 minutes at 325 degrees F. Once the crust has been removed from the oven, increase the temperature to 450 degrees.
4. While the crust is baking, beat together the cream cheese and the 3/4 C. of sugar.
5. Add the flour, eggs, milk, and vanilla extract to the cream cheese and sugar. Beat it well until there are no lumps and the mixture is creamy.
6. Then, pour the mixture into the pie crust and, if desired, dust the top with a sprinkling of graham cracker crumbs.
7. Bake for 10 minutes at 450 degrees and then reduce the temperature to 250 degrees. Bake for another 25 to 30 minutes, or even a little longer. The cheesecake is done when the center is firm, not runny, but make sure you don’t over bake it. Cool the cheesecake on a rack.

One of the most fun things about eating cheesecake is coming up with the perfect topping for it! (Though it’s pretty great on its own!) Top it with strawberry, raspberry, or blueberry syrup, berries and whipped cream, or caramel sauce.

You can store any leftovers in the refrigerator, but just a warning, there probably won’t be any!