In today’s job market, there is a lot of information that can leave one feeling very confused when considering a change in career. Is unemployment up, is it down? (Ask your favorite political party!). There are side hustles and the gig economy, an ideal work-life balance, flex schedules, when to ask for a raise – a million different things that can weigh you down when considering your next step in your career. I know from experience because I considered each and every one of these things and more as I weighed deciding to leave my long-term job last year. 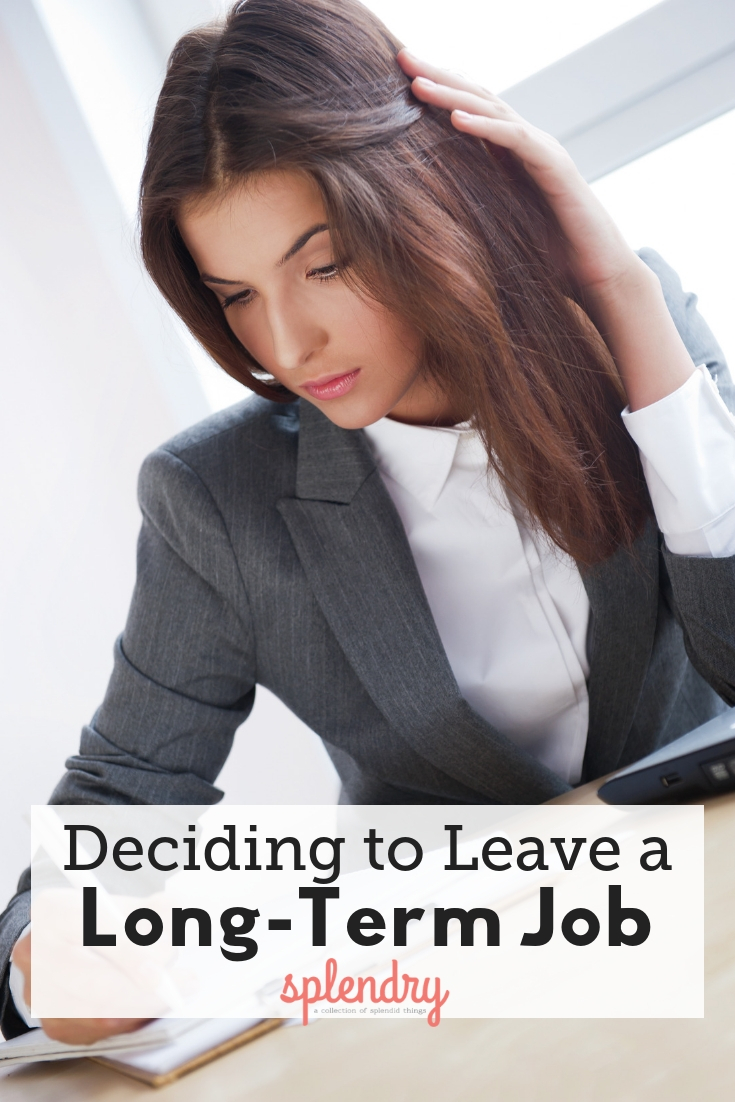 I should get this out of the way first: I had an amazing, stable job for many years that afforded me promotions, raises, growth, excellent health benefits, flexible schedules, work-from-home opportunities, and many great bosses. But you don’t get amazing benefits like that without some trade-off, and my trade-off was a very hectic travel schedule (we’re talking multiple times a month on a plane), mounting stress and pressure, feeling tied to my work and devices 24/7, several bad bosses along the way and a growing staff which meant hiring, training and turnover in new cities every few months.

So, even though I had so many great benefits, I also knew in my heart and, more instinctively, my gut that it was time to move on. I actually began preparing for the move more than a year before I actually resigned. By recognizing that something was fueling me to look at a change, I was able to prepare for a change and explore my options. Here are a few things I did over that year:

By recognizing that I was restless in my current position, I knew that I needed to explore what life was like beyond what I’d known for so many years. And, in fact, it led me to options beyond just jumping into another job in my industry.

Thanks to my awesome mentors and trusted confidantes, I began exploring consulting and owning my own business. Of all the benefits in my job I enjoyed, the flexible hours and work-from-home options were the ones I treasured the most and so my next move was to explore life as an independent consultant.

I’ll save that story for next time!

Jessica is a communications director, frequent flier, and fluent in PowerPoint. She gave up Pinterest in order to spend more time with her family that includes a husband and two young boys. She cannot resist ice cream, cheap cardigans, or a chance to reference “Friends”. Though she watches way too much TV, she balances the time by never folding laundry.

Latest posts by Jessica (see all)

This website uses cookies to improve your experience while you navigate through the website. Out of these, the cookies that are categorized as necessary are stored on your browser as they are essential for the working of basic functionalities of the website. We also use third-party cookies that help us analyze and understand how you use this website. These cookies will be stored in your browser only with your consent. You also have the option to opt-out of these cookies. But opting out of some of these cookies may affect your browsing experience.
Necessary Always Enabled

Any cookies that may not be particularly necessary for the website to function and is used specifically to collect user personal data via analytics, ads, other embedded contents are termed as non-necessary cookies. It is mandatory to procure user consent prior to running these cookies on your website.

SAVE & ACCEPT
Sign up for the Splendry weekly newsletter and receive our exclusive 2020 printable calendar and book log!
Your information will never be shared or sold to a third party.