When I moved to London I had a list of thousands of places I wanted to explore. To view Paris from the Eiffel Tower, to explore the streets of Rome. Perhaps not surprisingly some of the places which didn’t top my list ended up being some of the best places I’ve travelled to-date!

Americans can get very excited about Western Europe: Milan, Barcelona, and Amsterdam all hold magical treasures and should not be missed. But I want to talk Eastern Europe, specifically Slovenia. A country I felt a sweet kinship with and is really worth the visit. 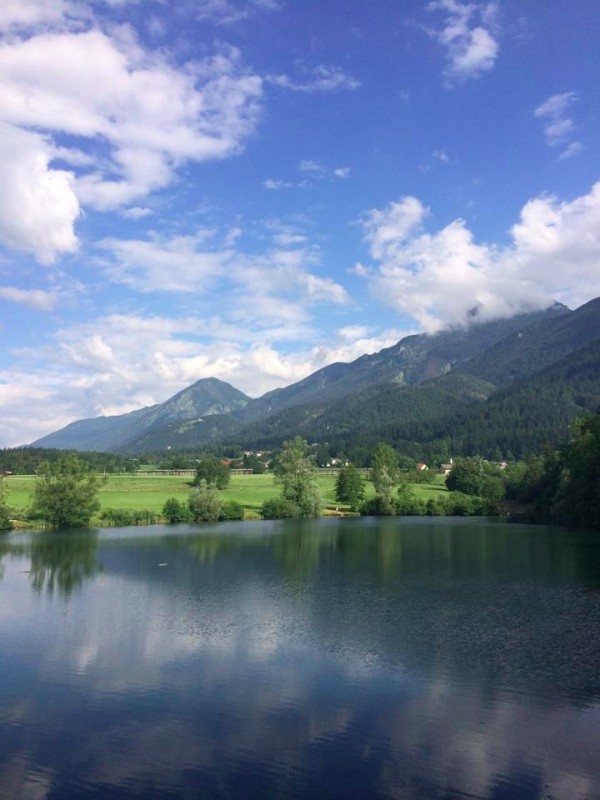 view of the foothills of the Slovenian Alps 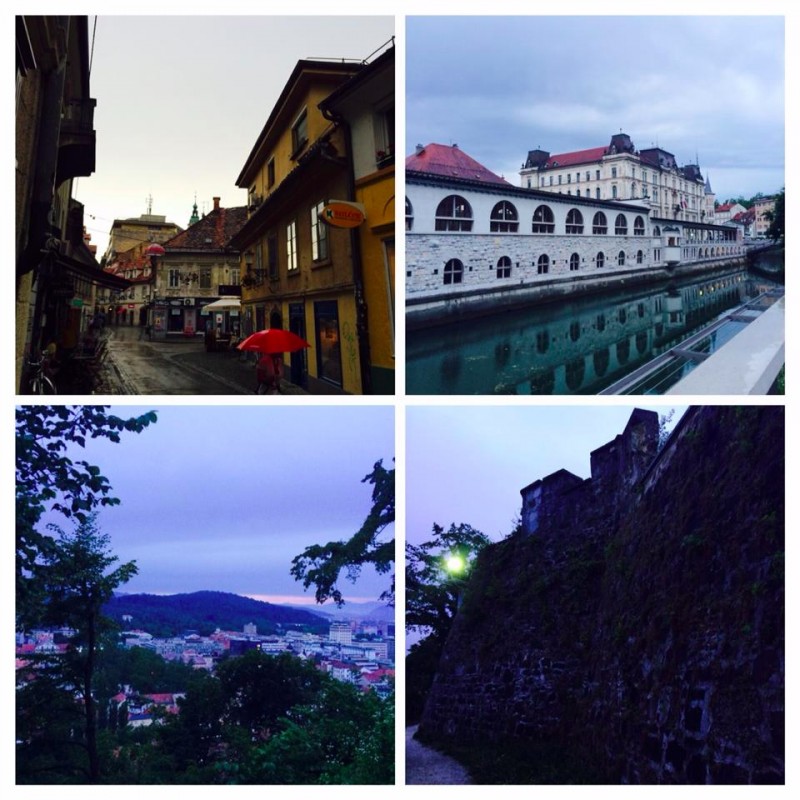 view of Ljubljana streets and from the castle

I can’t say I ever thought about visiting anywhere in Slovenia. As serendipity would have it though about 18 months ago I started working for a startup founded by Slovenians. Although the work was in the UK the majority of our tech team resided in Slovenia so last summer the opportunity of traveling to Slovenia on business presented itself to me. I flew into the capital city Ljubljana and was not disappointed.

A captivating or imprisoned stay

For starters I found myself staying in my first hostel, Hostel Celica. This is a well known hostel because it was formerly a prison. Keeping with the quirky 100 year old prison charm the rooms include barred doors and windows. This is definitely on my list of fun places to stay and the artsy area of Ljubljana is just outside the prison’s door. 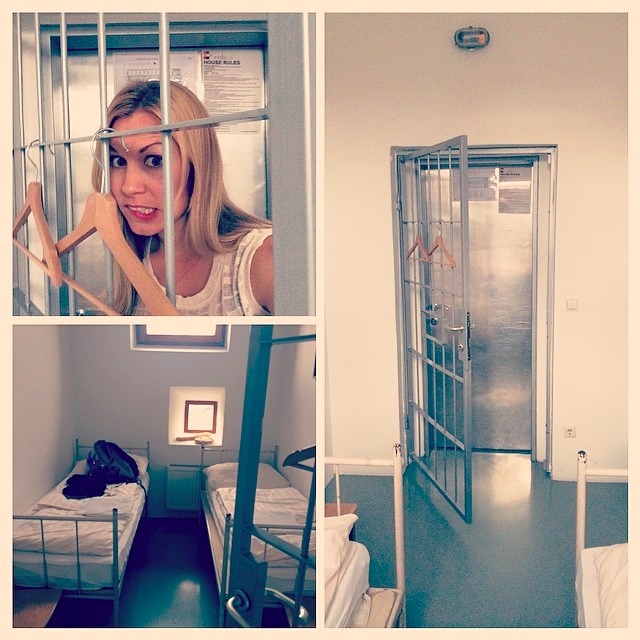 Just in time for Orange is the New Black release?

Another reason to check out Ljubljana: the castle! Yes, this capital city of Slovenia has its very own castle. Sitting atop, where else Castle Hill, the castle was originally built in the 11th century while undergoing additional modifications throughout its history. Complete with a canal surrounding the base and gargoyles guarding the bridges the castle is a lovely place to venture. There are several walking paths you can take to journey to the top of Castle Hill which offers stunning views of Ljubljana from above. And the castle itself houses a restaurant whose website boasts ‘once upon a time, only aristocrats were able to indulge their taste buds behind castle walls. Now there is a restaurant for everyone’ and they offer traditional Slovenian dishes and for our part we indulged in a wonderful mean behind the castle walls while the sun set. 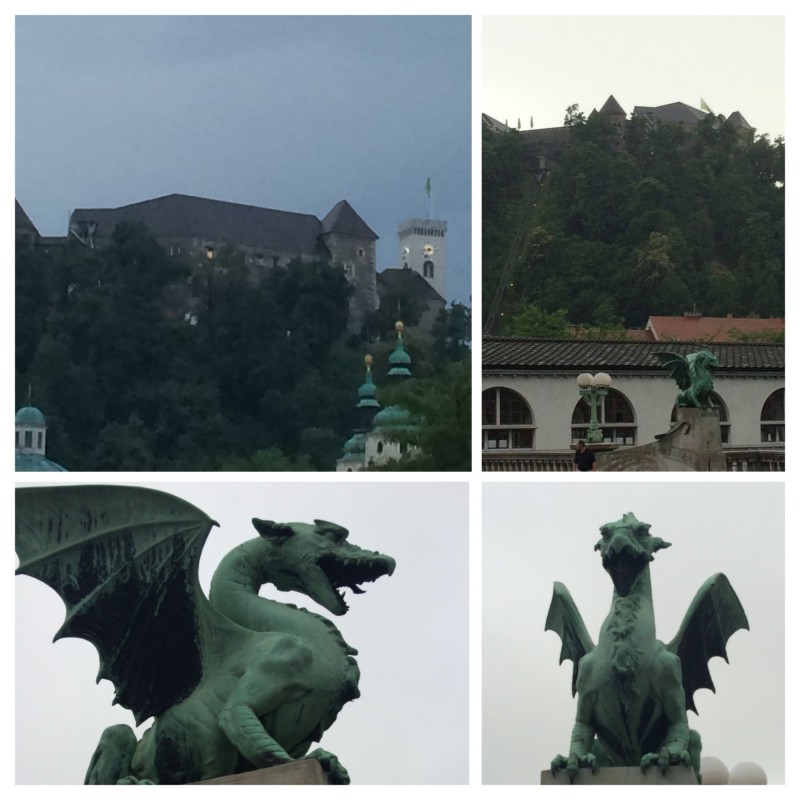 One of my favourite treasures in Ljubljana was found on the city’s buildings. Walking around this city is like walking around a modern art museum. Talented street artists have covered buildings with beautiful, creative, and thought-provoking art. A walk down the skinny streets was an eclectic shopper’s paradise with fun clothing, jewelry and record shoppes intermixed between local cafes and bars. 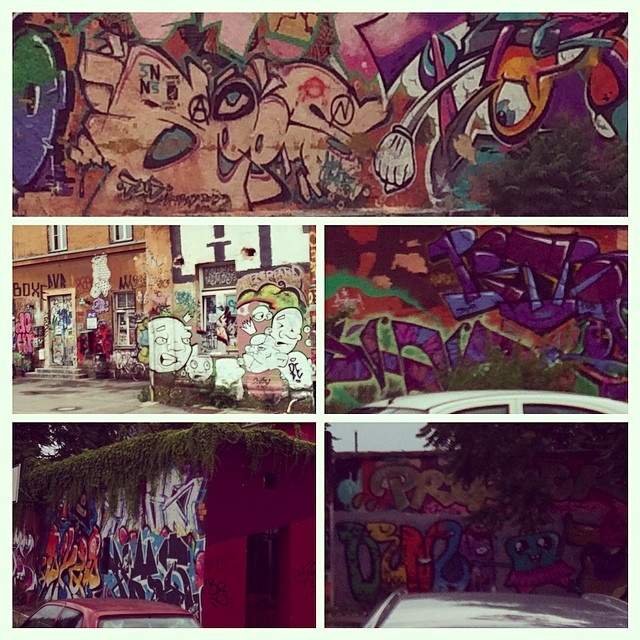 This same business trip ended in Slovenia’s vineyards. Slovenia is a small country, wikipedia compares it to the size of New Jersey. So it is easy to travel around the country in a short amount of time. Because northern Slovenia includes some of the Alps a drive from Ljubljana has some fantastic views. 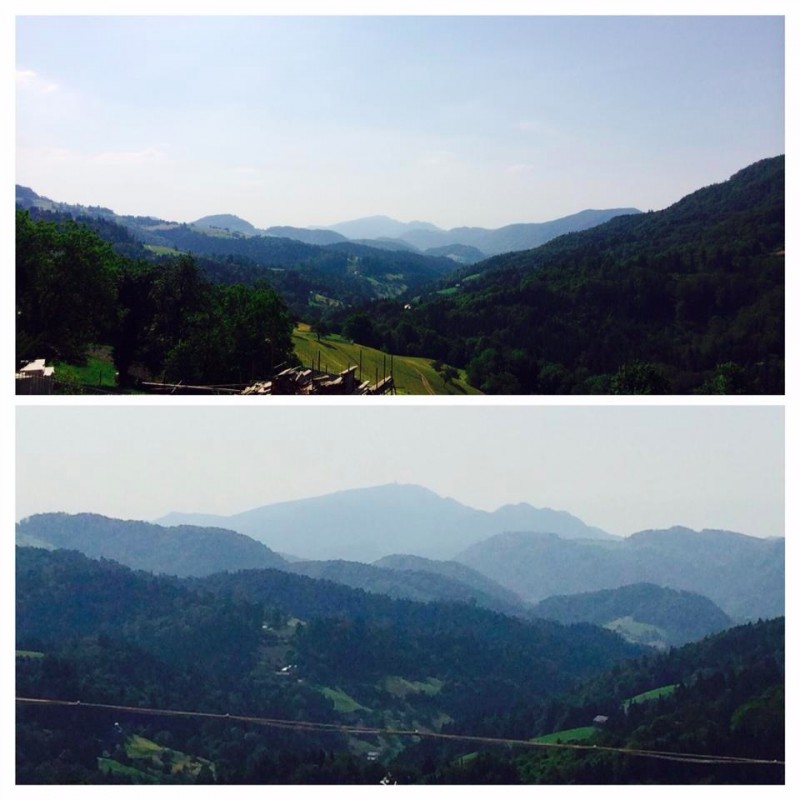 If making this drive it’s imperative to plan your trek through Trojane in order to stop off at Gostinsko Podjetje Trojane. This might seem like just another rest stop on a major highway, but it is so much more. This restaurant is known for its enormous doughnuts or ‘krofi’ filled with orange marmalade. Order it with some coffee and enjoy the spectacular view while giving yourself a sugar rush. 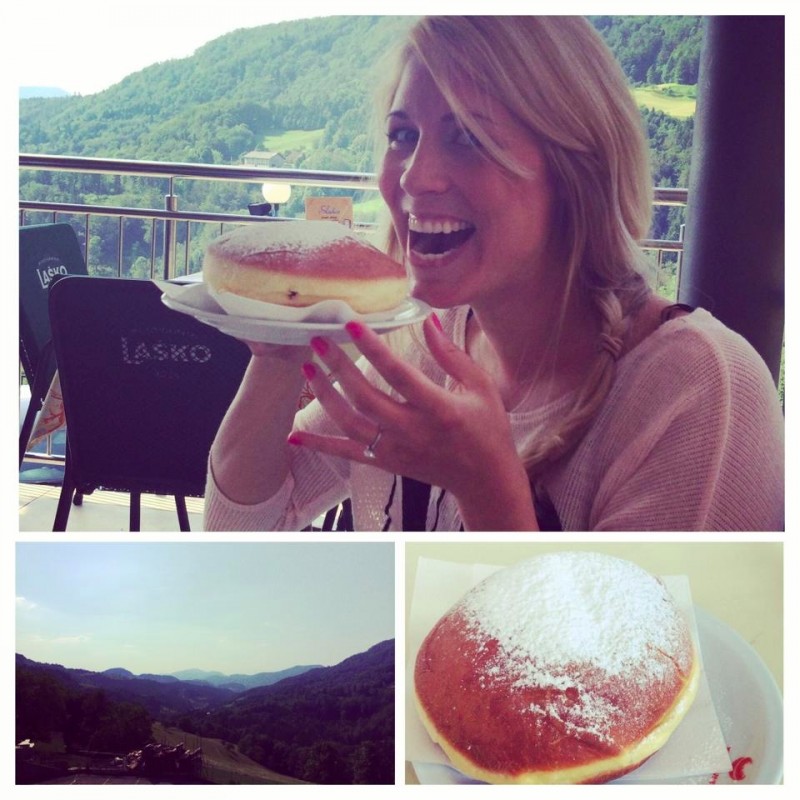 We ended our time in Slovenia in a rowboat on Lake Bled. Lake Bled is a pristine lake in northern Slovenia complete with a tiny island in the middle with a church on it. The best way to get to the island is by rowing to it, or in my case being rowed to it by my fiance. Talk about an activity which promises to make a girl swoon. 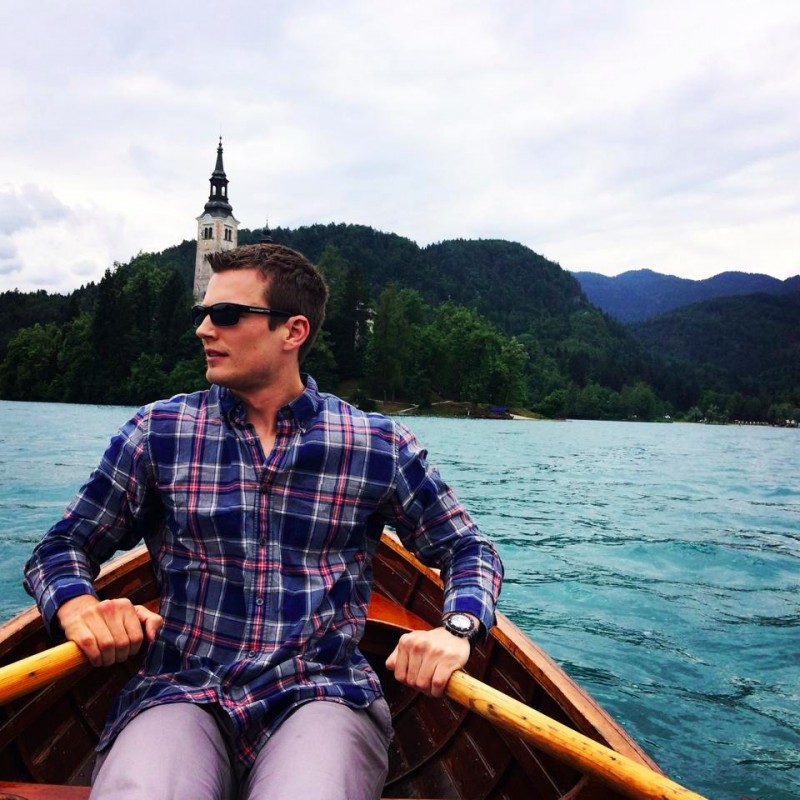 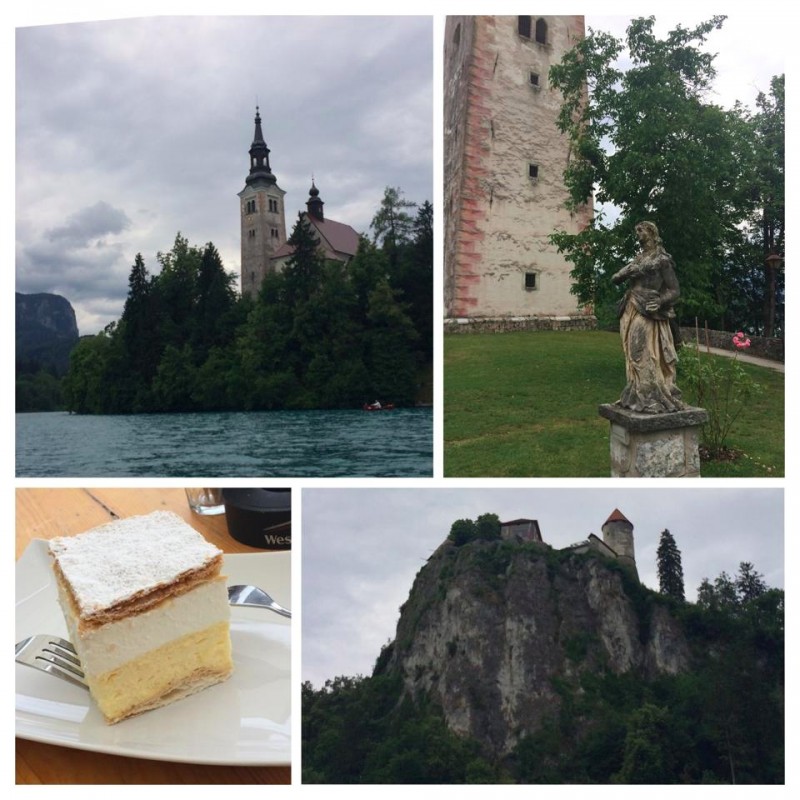 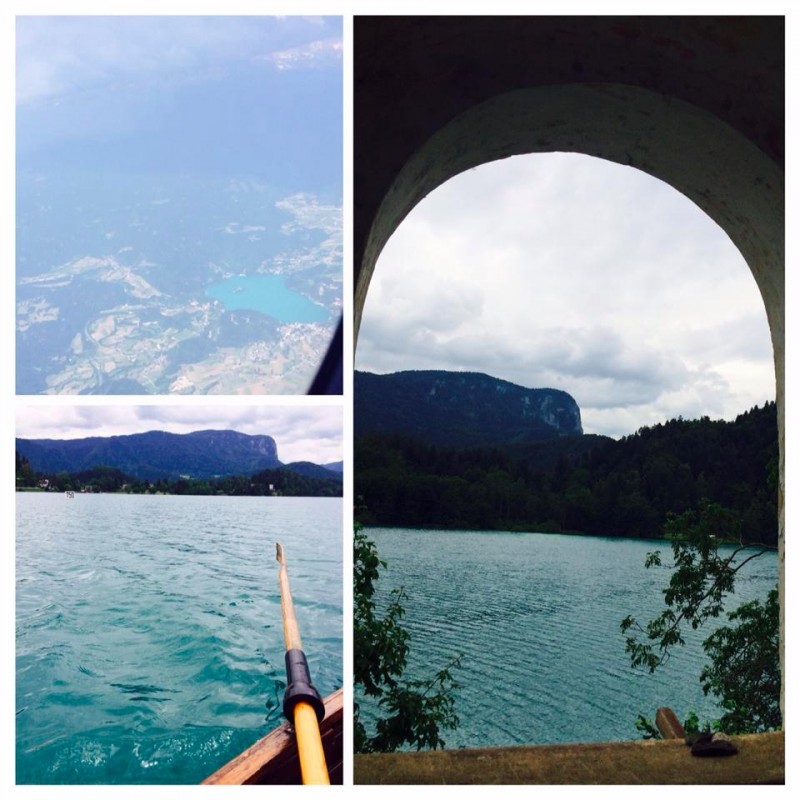 views of Lake Bled from air, sea and land

Pin this for later! 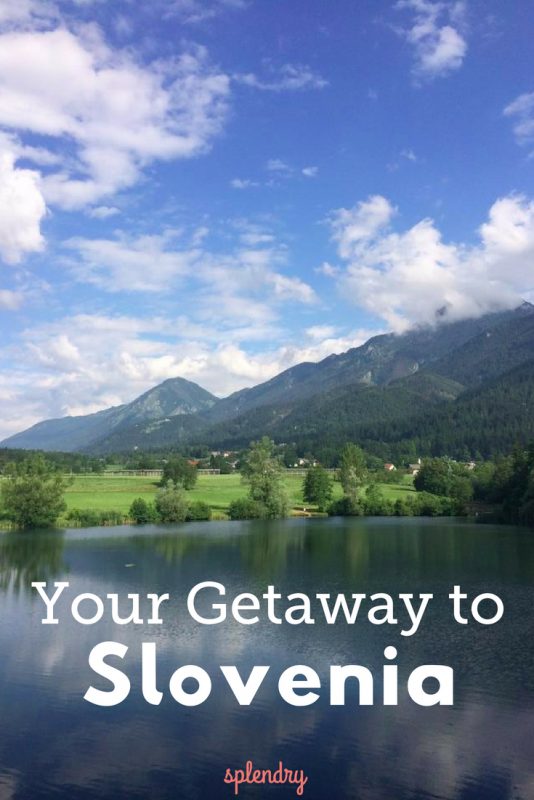