When planning our travel itinerary It’s not uncommon for me to research the unique and interesting places which are near, but located outside of the the iconic cities or towns we plan to visit. I love looking into day trips and excursion options and taking these additional trips have always led us to discover and experience more of the culture around us.

In Morocco it led to our day trip to Marrakech and our camel riding experience (you can read more about that here). While in Munich it led to two very different, but worthwhile places to visit. 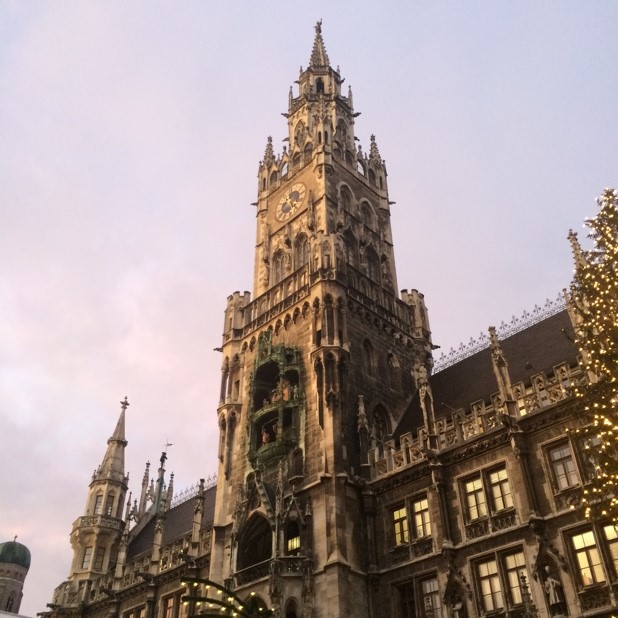 We had originally planned our trip to Munich because we wanted to visit its famous Christmas markets. Munich itself did not disappoint, but I was particularly impressed with the places we found just outside the city.

A somber visit to Dachau Memorial

Our first trip was a sobering tour of the Dachau Memorial concentration camp located about an hour outside of Munich’s city centre. 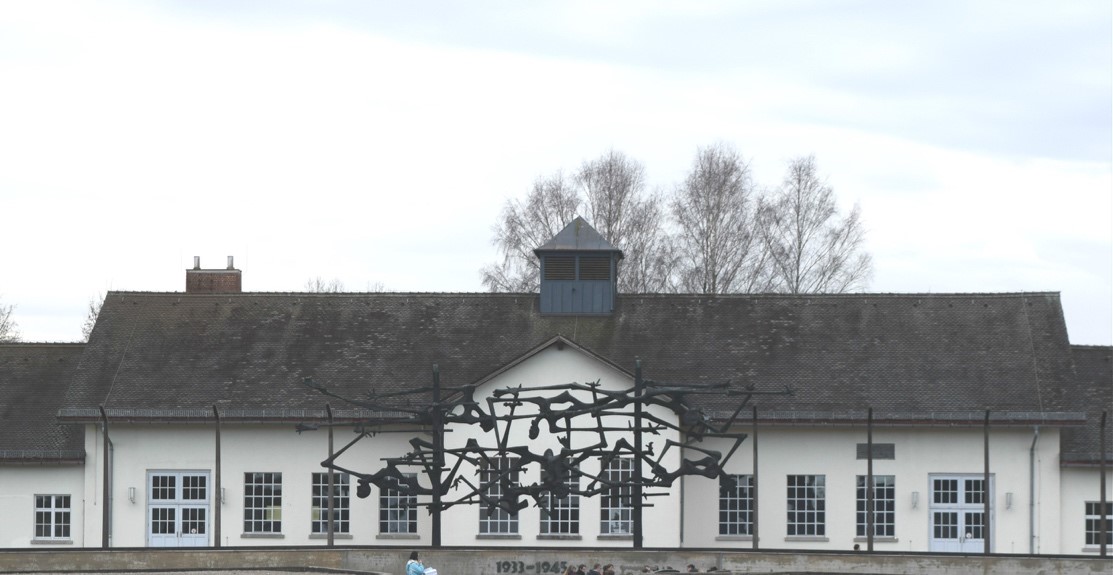 I cannot speak highly enough of the reverent and professional approach our tour guide had for this experience. Like many others we have always been interested in the history of WWII and Nazi Germany and we feel strongly about the importance of understanding and learning about the past, in many cases in order to recognize and avoid the same mistakes. 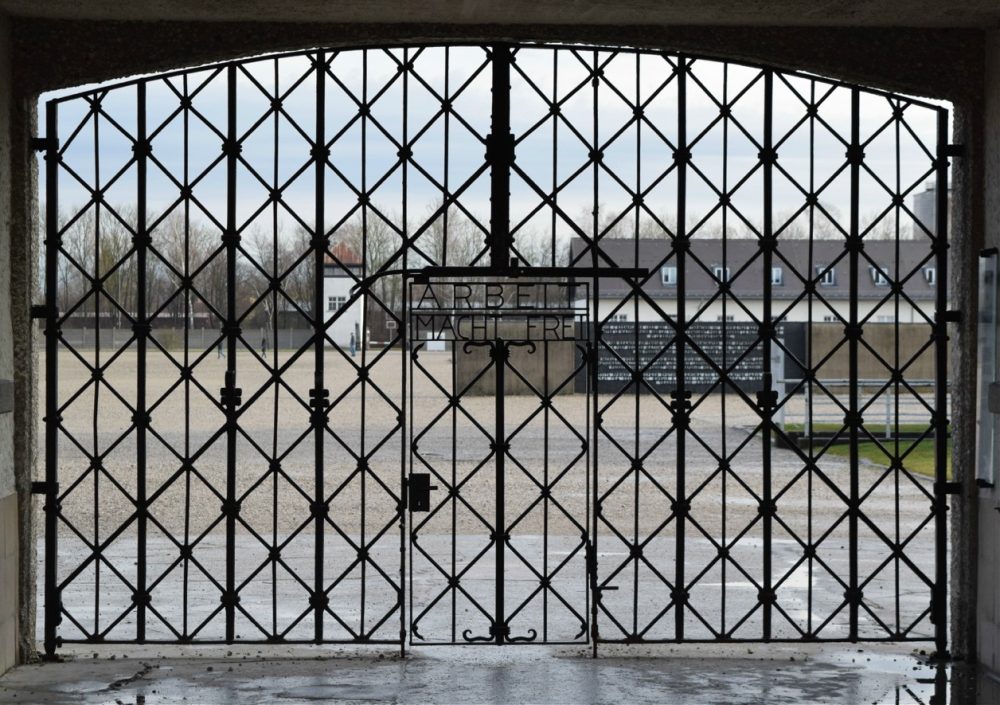 Original gate to Dachau concentration camp. The Nazi sign read ‘Arbeit Macht Frei’ which means ‘Work sets you free’. This dark phrase was used in other Nazi camps, including Auschwitz.

Dachau was set up initially as a concentration camp for political prisoners and was one of the first of its kind. It existed for twelve years before being liberated by American troops in 1945. 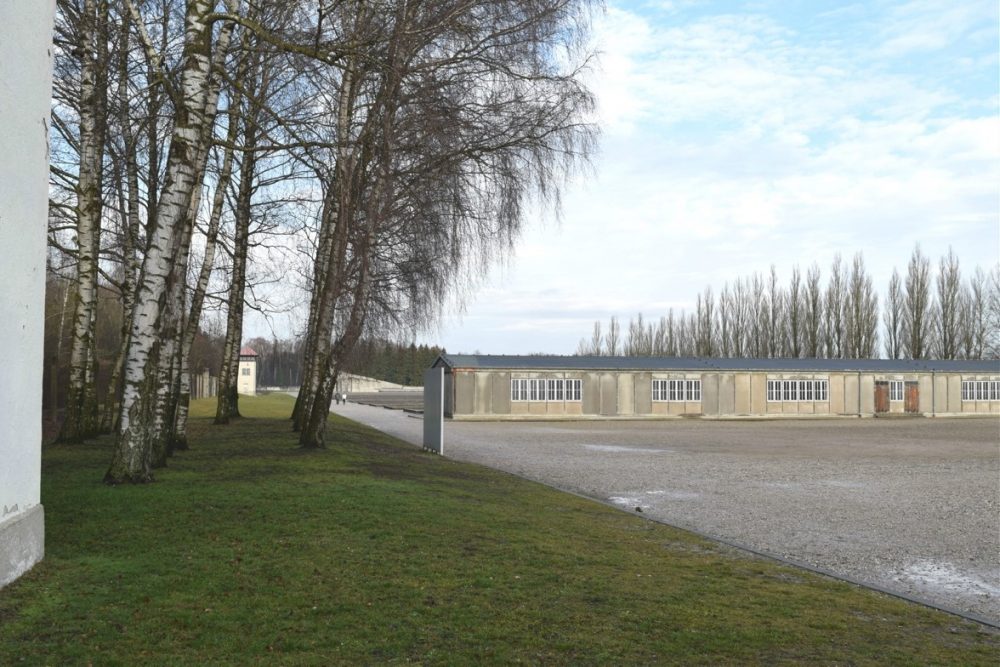 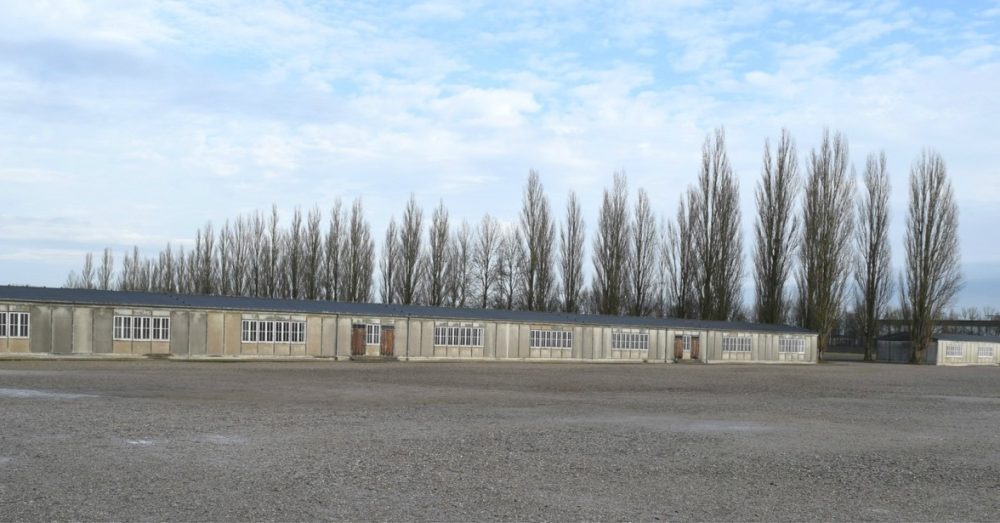 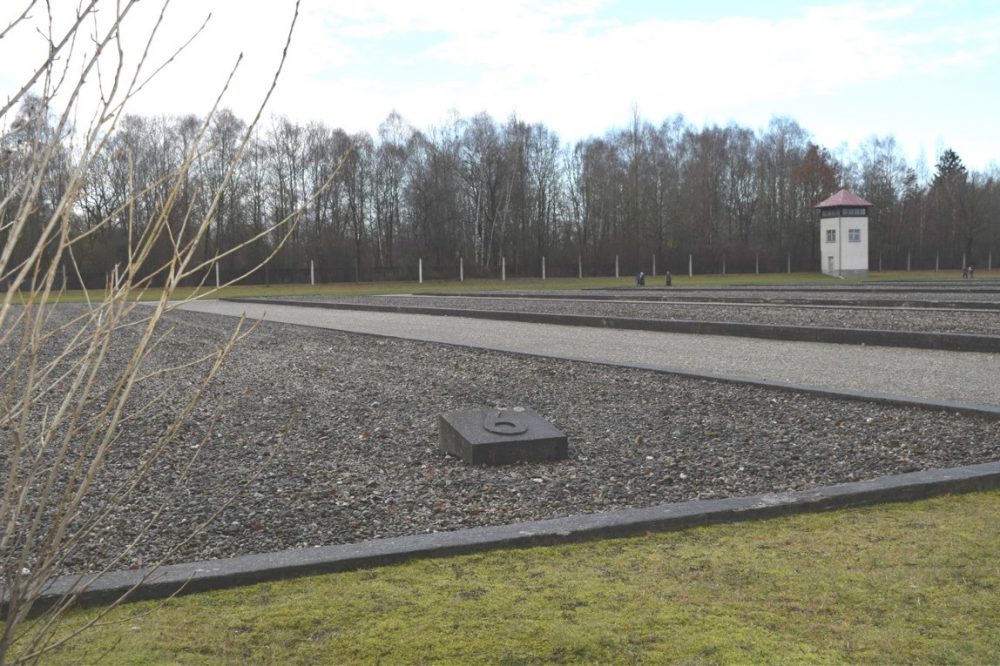 For me the words inscribed on the base of the statue of the ‘Unknown Inmate’ represent the meaning and reason to visit, “to honor the dead, to admonish the living”. 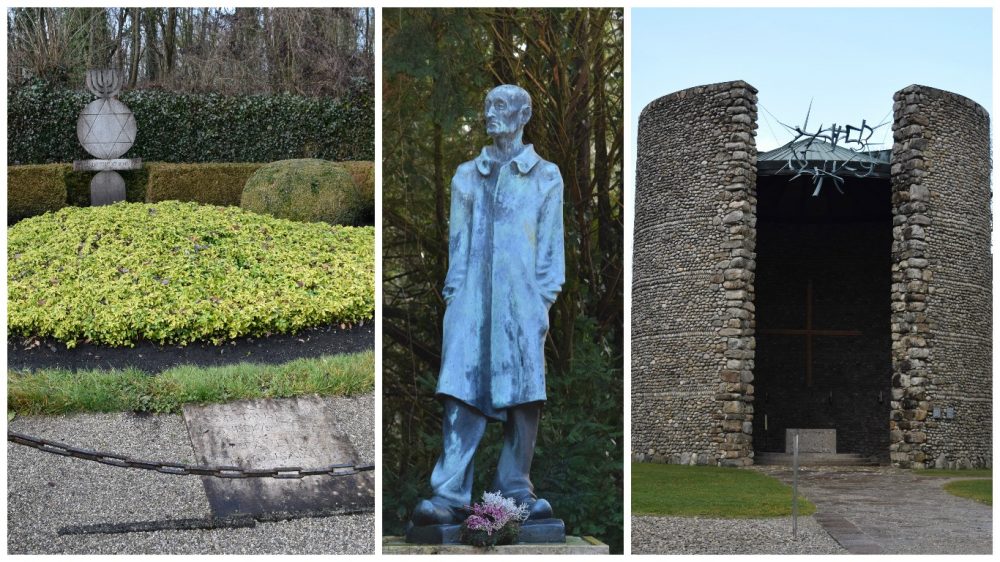 The middle photograph is a statue by Fritz Koelle, “Unknown Inmate”, on either side are memorials to honor the various religions represented by the prisoners.

I completely appreciate and understand that an excursion of this seriousness might not be for everyone, but I would be remiss if I didn’t educate more people about its existence. And also by encouraging those to visit, who might have a somber appreciation for it.

An enchanting visit to Neuschwanstein Castle

Our second trip from Munich had a much lighter note and involved a mad king and castles. A visit to Neuschwanstein Castle came recommended to us by several family and friends who had also made the journey. The trip itself was a relatively easy train ride from Munich, although the ride takes over an hour you are entreated with views of the beautiful Bavarian countryside along the way. 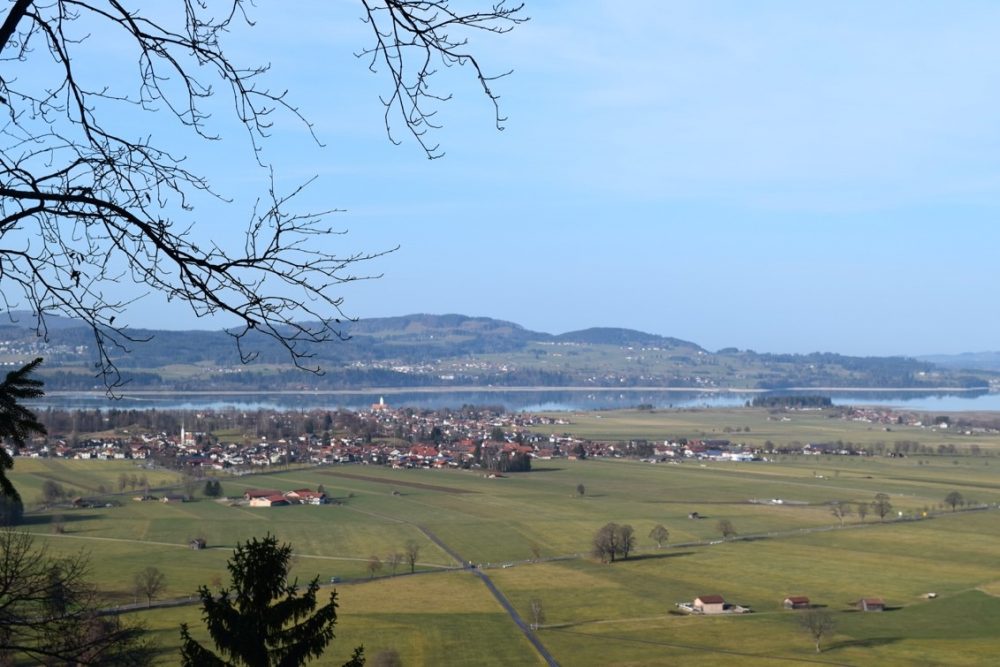 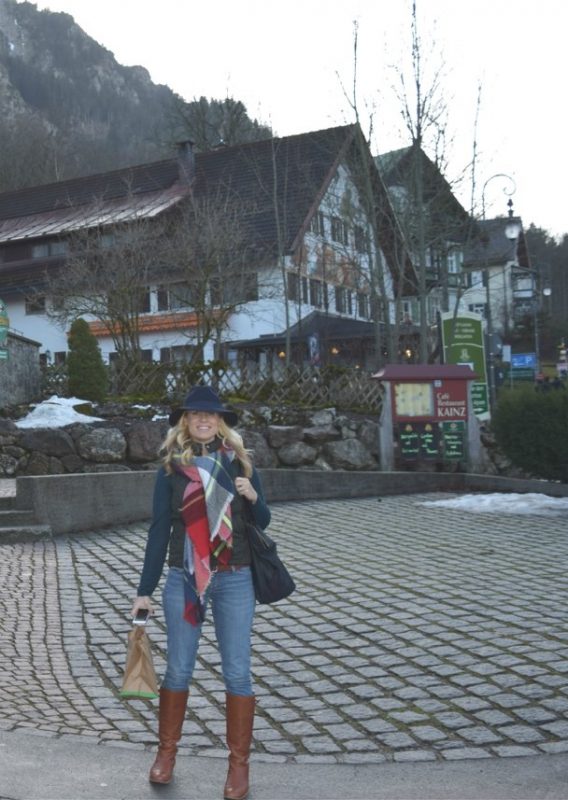 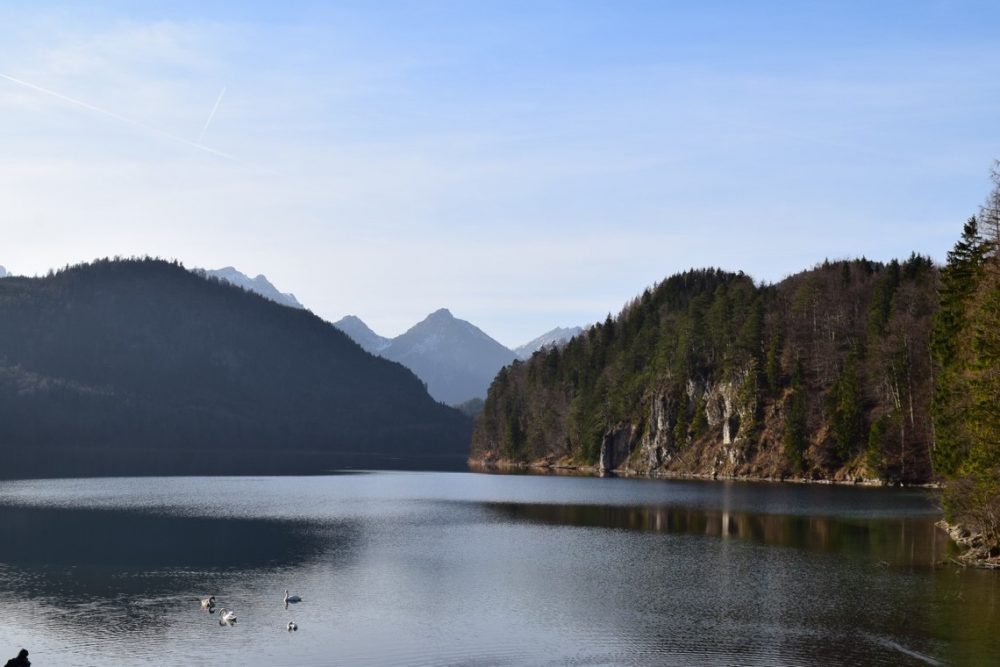 Neuschwanstein Castle was dreamed up by the eccentric imagination of King Ludwig II of Bavaria. It was meant to be constructed over a three-year period, but to this day has still not been completed. The king was particularly fond of the German composer Richard Wagner and there is inspiration drawn from his pieces throughout the castle.

It was built at a time when the utility of castles as fortresses of protection were no longer a necessity, but King Ludwig II wanted the privacy and solitude that it provided. The castle itself is set in an idyllic Bavarian village and the castle of King Ludwig II’s childhood, Hohenschwangau Castle, is set on the hill opposite of Neuschwanstein. 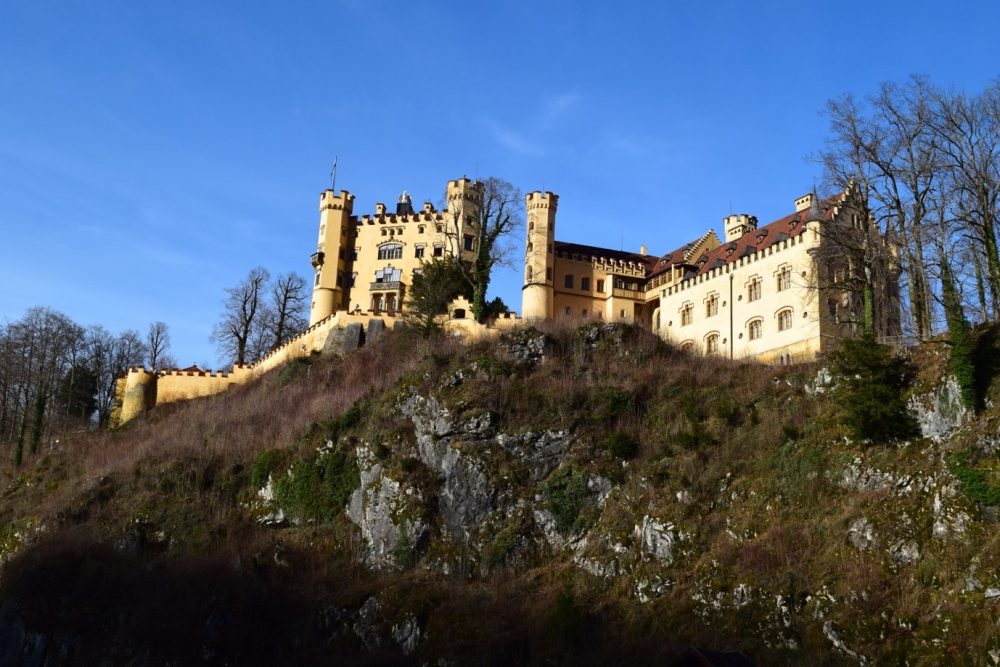 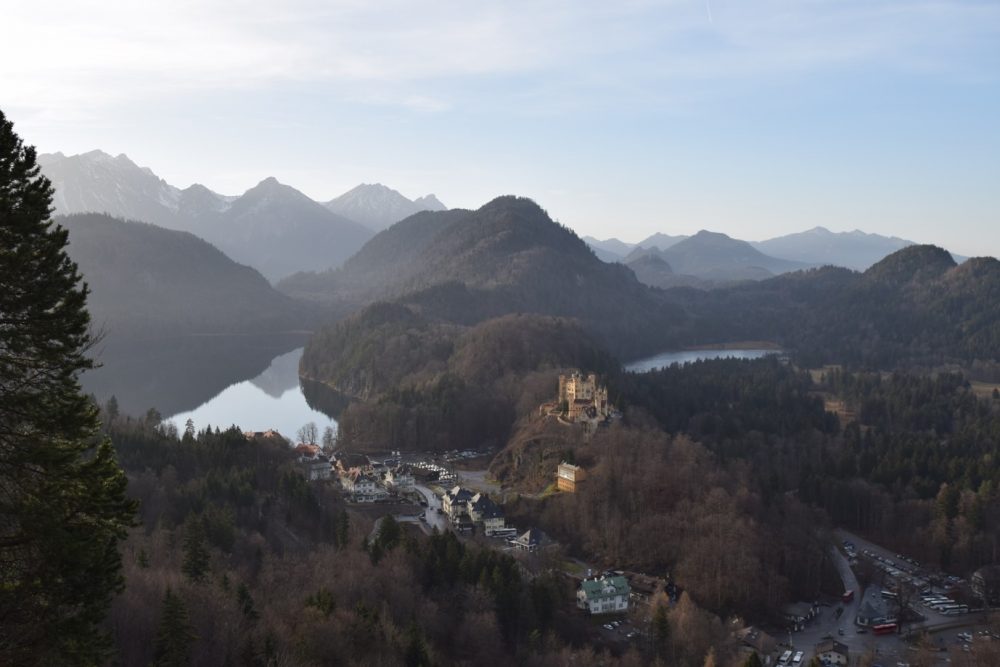 These sites make for an afternoon filled with beautiful panoramic views and castles practically around every bend. 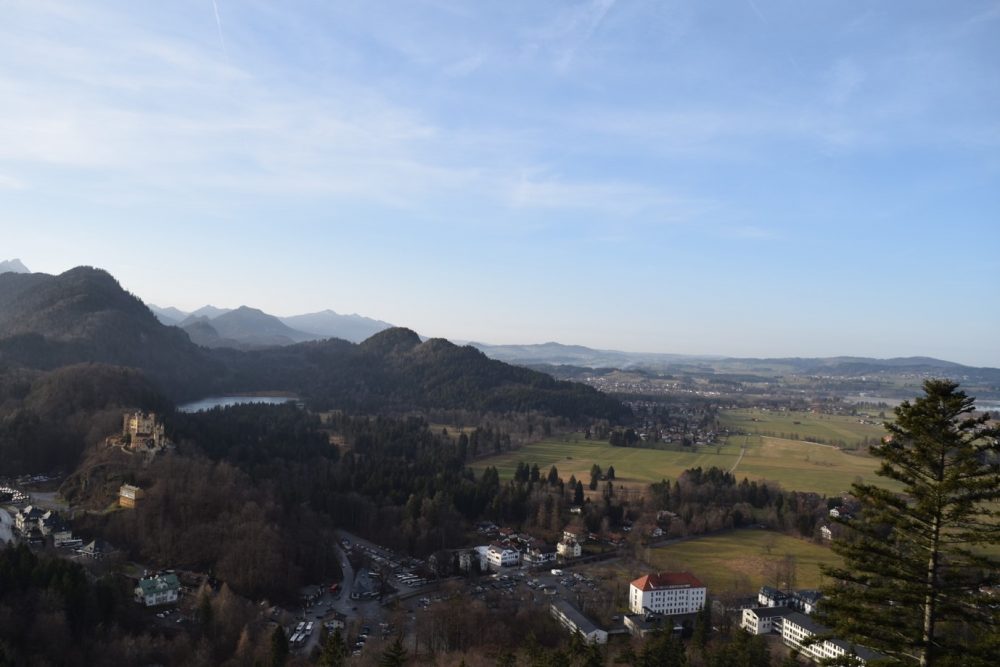 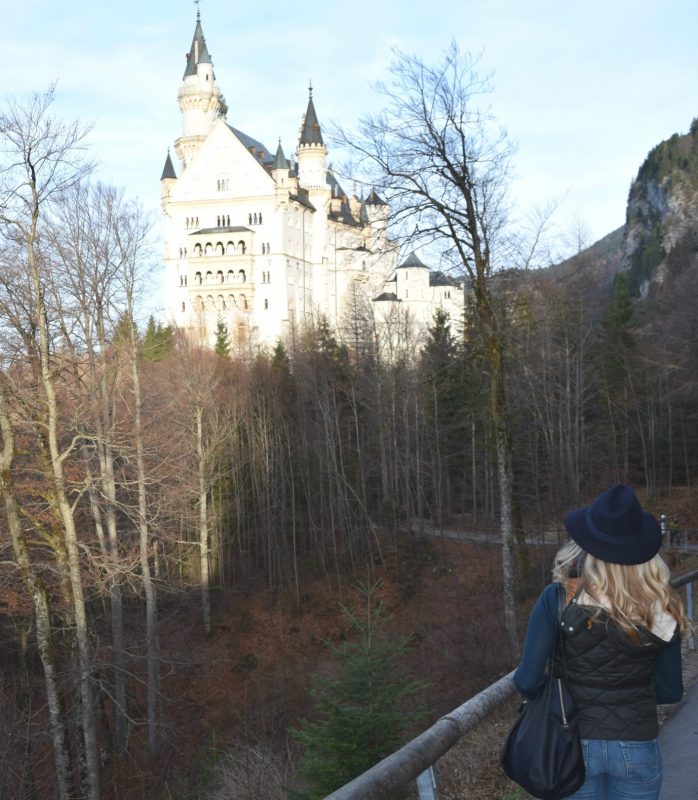 It looks like a castle straight out of a fairy tale for good reason. It is said that Walt Disney used it as a model for Sleeping Beauty’s castle in Disneyland. I was elated particularly to visit it, as it was used for various scenes in the film Chitty Chitty Bang Bang, one of my childhood favorites. 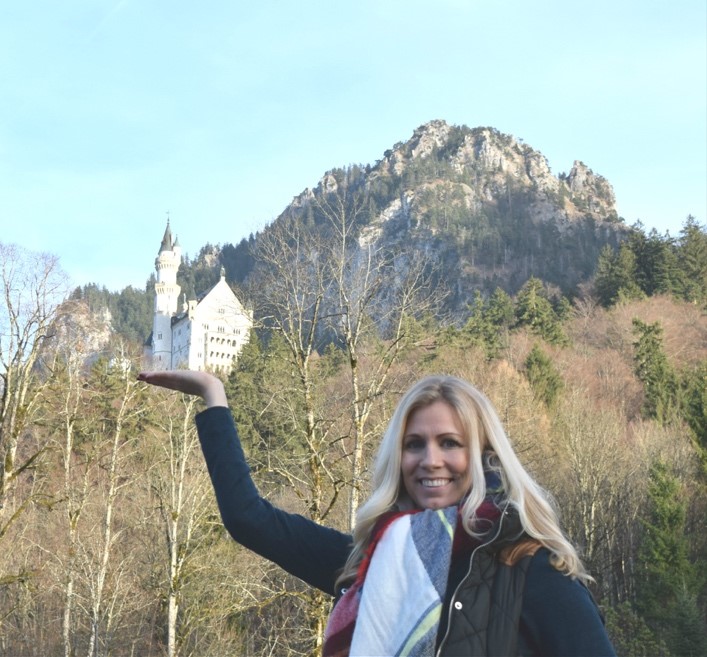 Holding a piece of my childhood in my hand :)

I would love to tell you the entire history of the castle and the mad (or was he?) King Ludwig II, but I fear it might ruin the experience for you if you decide to visit the castle yourself. You can read more about the king himself here if you’d like. 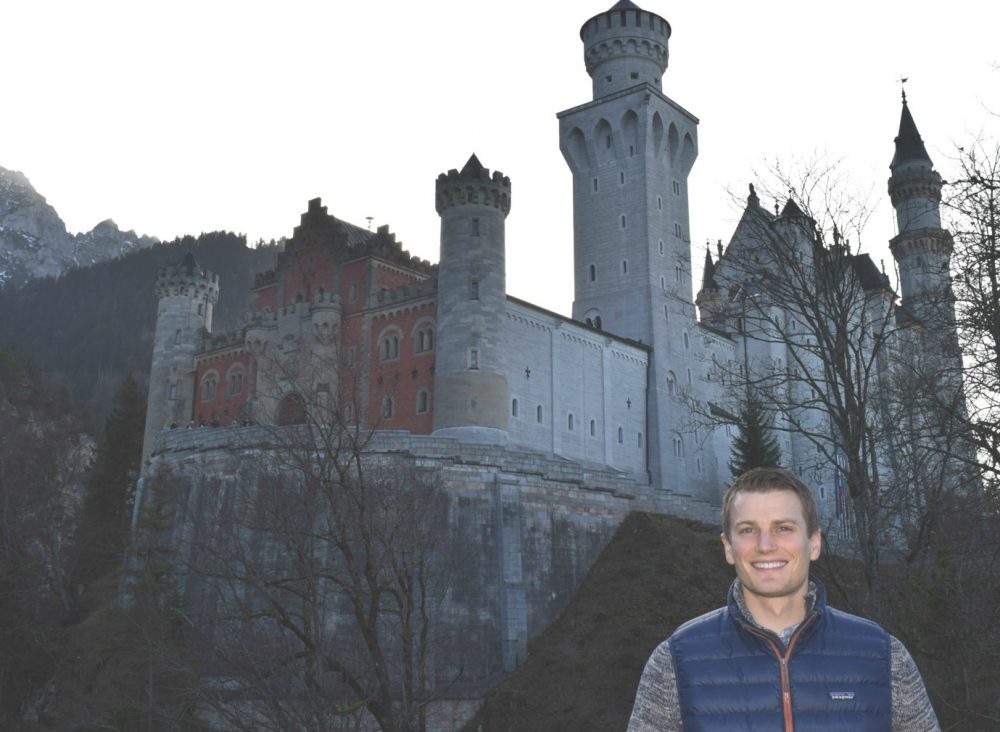 A castle isn’t complete without a handsome prince

If either of these excursions sound like something you’d like to include in your Munich itinerary I highly recommend booking through Sandemans New Europe tours. We actually booked both of our excursions through this company and both days went seamless with wonderful, intelligent guides. For me the bonus was that we only needed to show up at the Munich train station and everything was taken care of. Both places aren’t exactly easy to navigate to by car or by public transport. For both you have to take a train and then a bus and then also pay entry. Booking through the tour company made getting to the sites incredibly easy and also allowed us to jump in the lines when we took our tour inside the castle (which can be known for a long wait time). Not to mention the educational and historical insight you are privy to along the way!