I was duped. Completely swindled and taken advantage of, losing my hard-earned money.

Just kidding, I just bought something rather ridiculous and have no one to blame but myself! My only consolation is knowing I might be able to prevent another from making a similar mistake. In what will likely be the first in a series of posts (“Save Your Money”), here’s a product you don’t need: a potato chip maker.

While many of you may be floored such an item exists (because, WHY?), I was tempted with “Make your own potato chips in minutes!” and “Slice, cook, and serve- all in one container!” I claim either temporary stupidity or retail therapy gone a-wry. Either way, I bought it, I tried it, and here’s what happened.

After rinsing and peeling a potato, I used the bladed lid to quickly slice my potato. 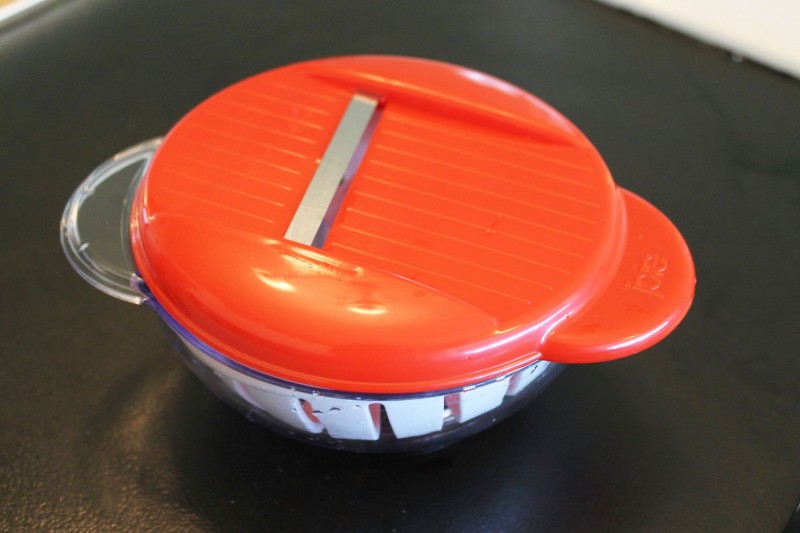 Once I got about half way down the potato I used the potato guard (I don’t know if that’s it’s official name, but basically it’s there to ensure you don’t slice your hand) to finish up: 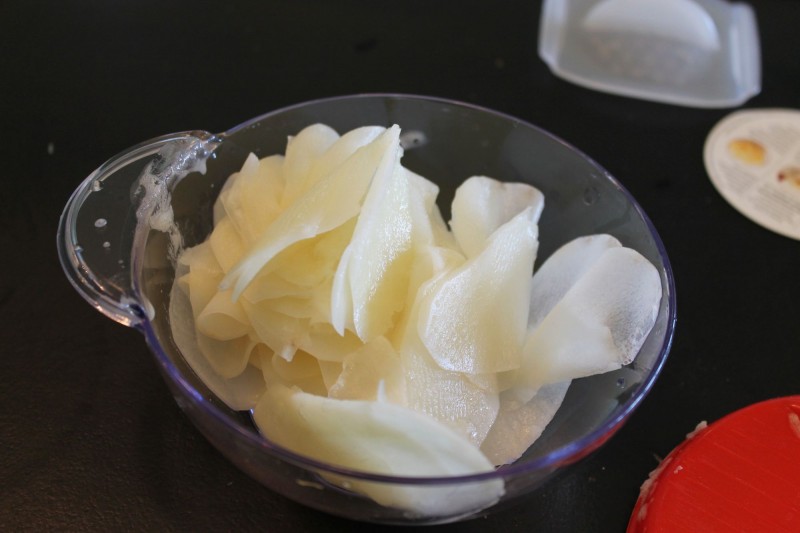 Now at this point I still had high hopes as the slicing went rather well. Look at my beautiful potato pre-chip slices! And here’s where it gets tricky, after seasoning with some salt and pepper you are supposed to place a potato slice into each slot of this “chip crisper” (just made that up too.)

Notice there are only roughly 20 slots and way more than 20 potato slices. (Foreshadowing!)

I set my tray into the microwave and (incorrectly) read the instructions. 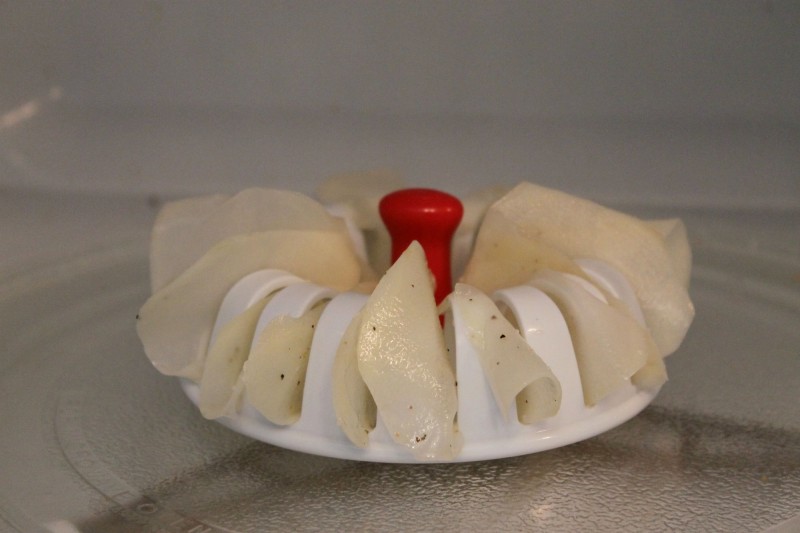 While they said to cook UP to 4 minutes, I just set my time to 4:00 and thought all was good. Not so. 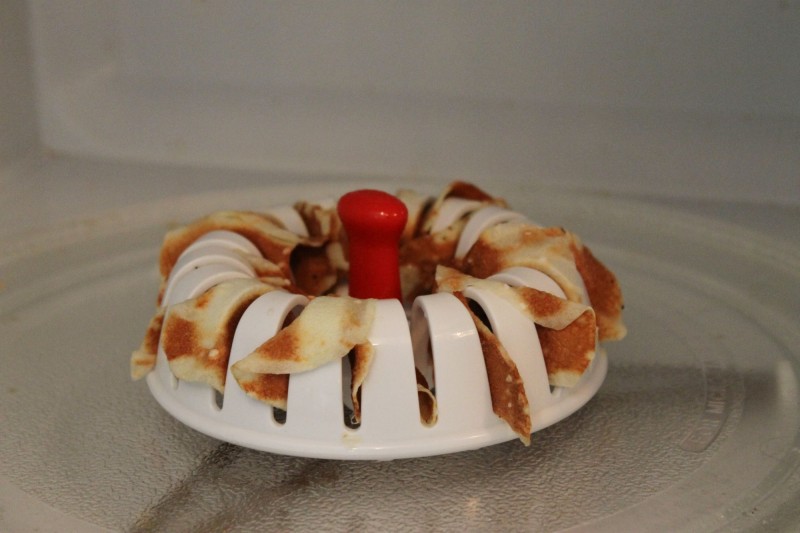 The next batch I started at one minute increments and kept checking to catch them at just the right time. Somewhere in about fifteen seconds my potato slices went from raw potato to: 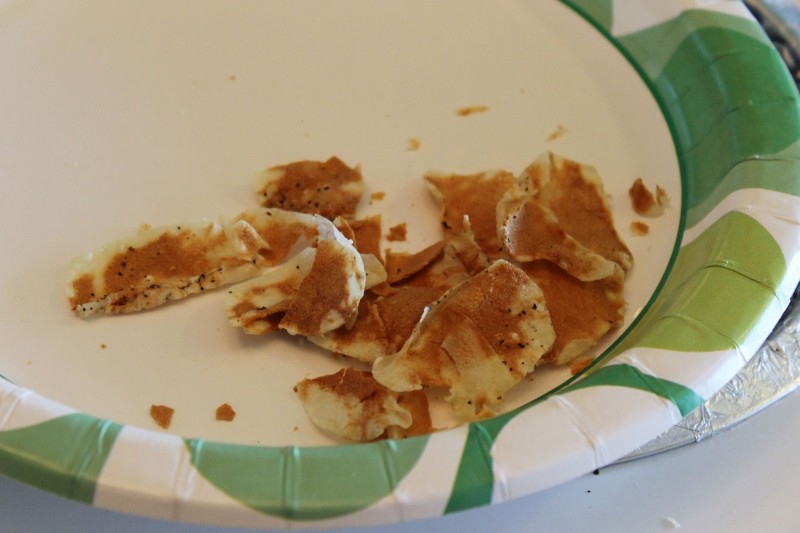 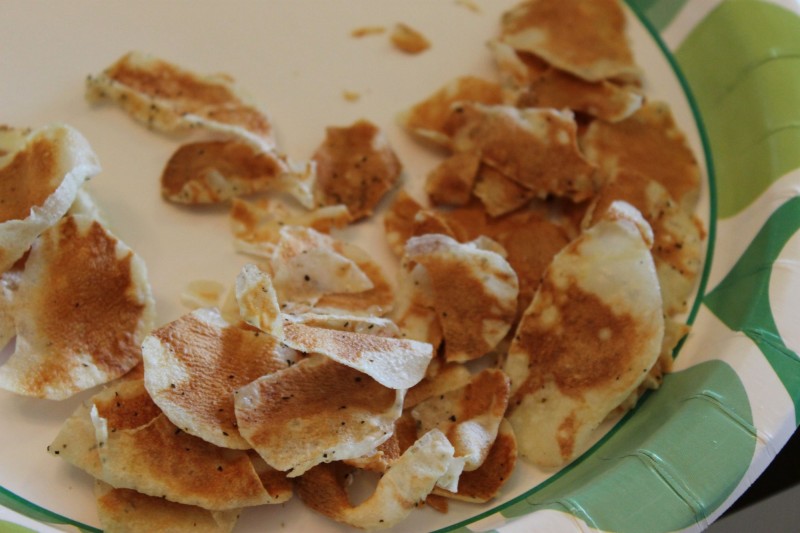 Moral of this story? Potato chips can be bought in a store for mere dollars! Once secured they can be eaten immediately and do not make your house smell like burning potatoes. Lesson learned. (Until the next gadget catches my eye!)

I bought it, and now you don’t have to!