I grew up being a board game junkie. I loved gathering my siblings, cousins or friends around a board to see who had the chops to trap a mouse, collect all the monopoly money or give me trouble. Some of my fondest memories of time spent with my great grandparents are sitting around their kitchen table and playing various card games until it was well past my bedtime.

I think games offer a special time to create a community with the people you are playing with. Now I might be highly competitive, as my husband often warns me, but competition aside; games can create just the right atmosphere to share laughs and sometimes failures in a safe setting. This is one the of the reasons why I love the idea of giving games as gifts. I think it’s wonderful to encourage others to share the love of play as much as I do.

The Settlers of Catan

And that’s why I’ve decided to write a recommendation for a new(ish) game that’s getting more and more popular. The game is called Settlers of Catan and it’s one-part strategy, one-part economics and two parts addictive. My husband and I purchased it after he spent weeks playing it with friends at university. I’ve heard people describe it as similar to Risk or even Monopoly, which I would agree to, but minus what can sometimes be an incredibly long running time. I’ve known games of Risk to last days, whereas Settlers of Catan is usually a lot speedier, while also involving quite a bit of strategy. This is great, because it allows multiple opportunities to win, in one setting, while also not fatiguing other players who soon see that they aren’t going to win. How frustrating is it to play Monopoly for hours when you know 30 minutes in you just don’t have the right properties or hotels? 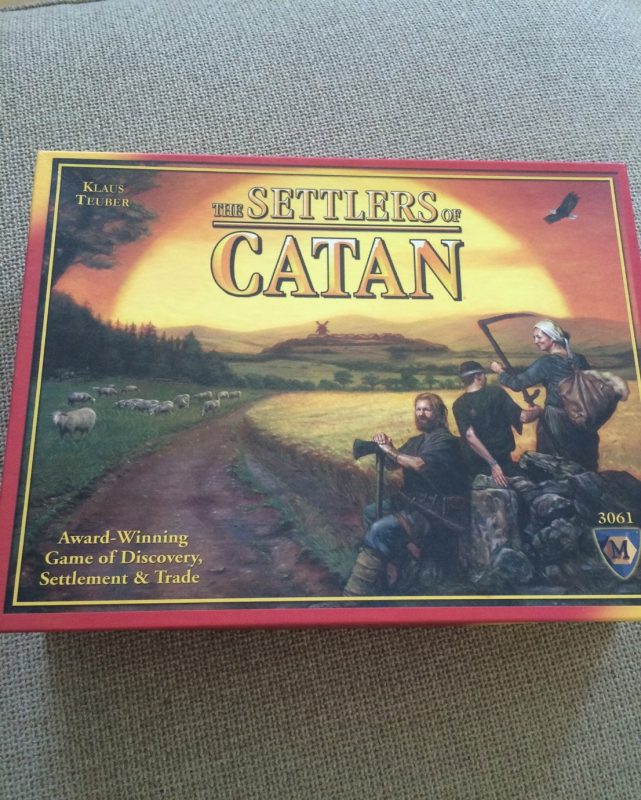 We play Settlers of Catan with just two players although the basic game allows for 3-4 and you can upgrade to several expanded versions which allows for 5-6. The story behind Catan is also intriguing to me. Each player has a group of settlers who are looking for a place to live on the island of Catan. The island is created from resources the settlers will need in order to build and maintain their settlements, including: wood, grain, sheep and bricks. Each player develops their settlements by strategy, dice rolls and trading resources. 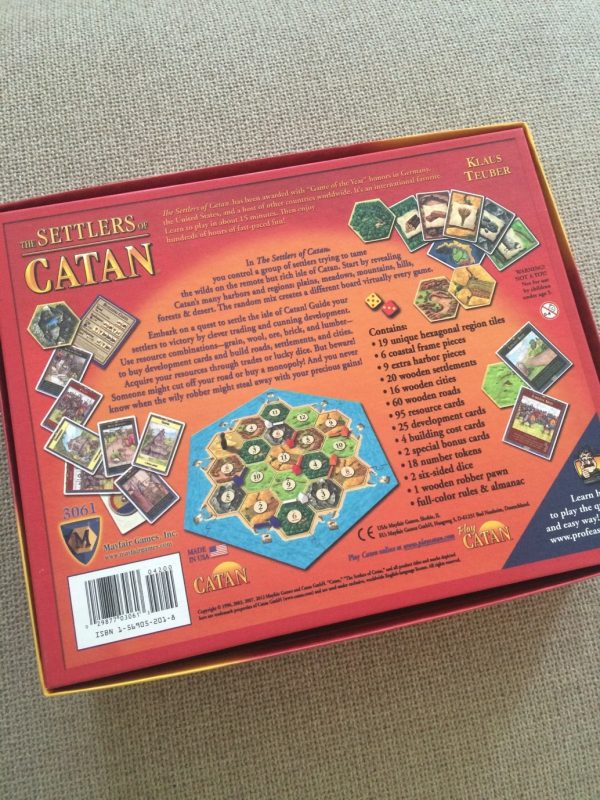 The game is not meant for children under five, but for all other ages it is fair play. We enjoy it so much it has become a running joke for us at home. 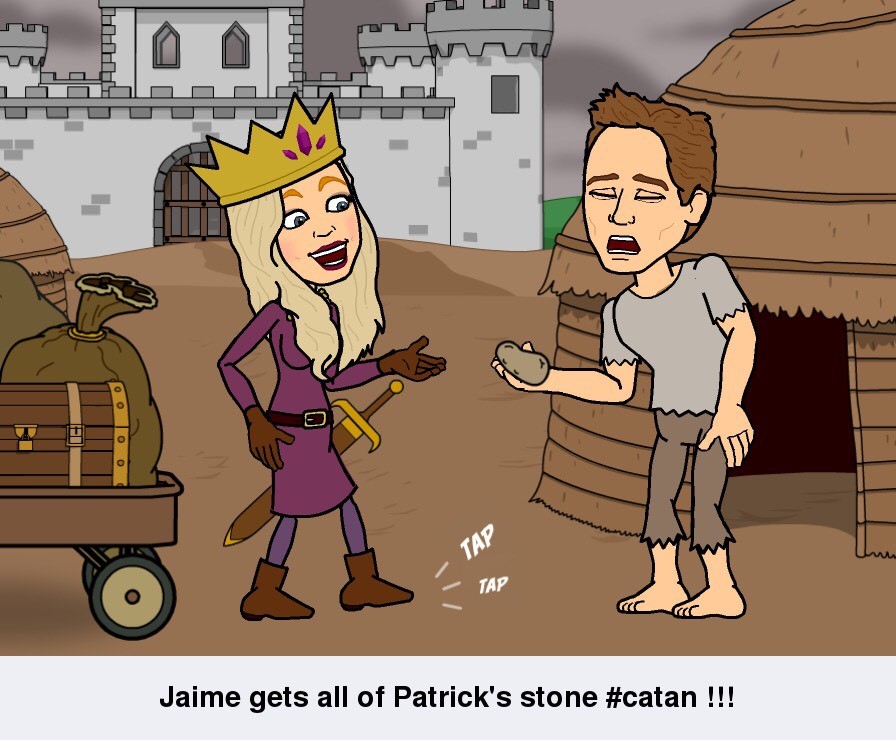 So if you know someone special has a birthday coming up or you’re looking for that elusive Christmas gift you won’t regret getting them this!

You can find Settlers of Catan’s base game along with the expansion games for sell here or here.

SETTLERS!!!! I discovered this game back in grad school and my friends and I definitely had many a late night/early morning due to playing this game for hours on end. It did a lot of [temporary] friendship destruction, but it was a ton of fun! :]