My master bathroom was the last room in my house to get any kind of renovation. I was waiting until I could do all of the wanted changes at once. It was killing me. But, I finally got what I was waiting for this past fall!

Confession: I initially got impatient and decided to paint. Then, I decided I could replace the floor tile. I ripped it all out, bought all the replacement tile, grout, tools, etc. Then, I found rotted wood under the baseboards next to the shower. Boo.

That is when I called in someone who actually knew what they were doing, and could do my entire bathroom after all. I called All Things Services, and Tony fixed it all up!

Here is how it looked before: 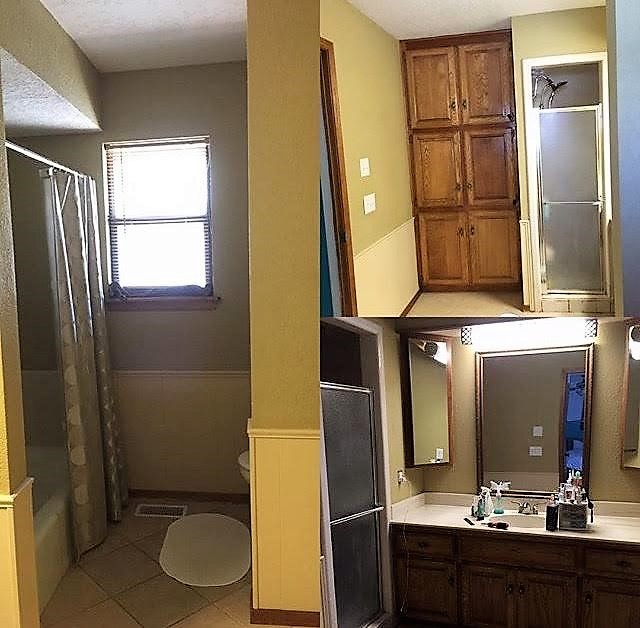 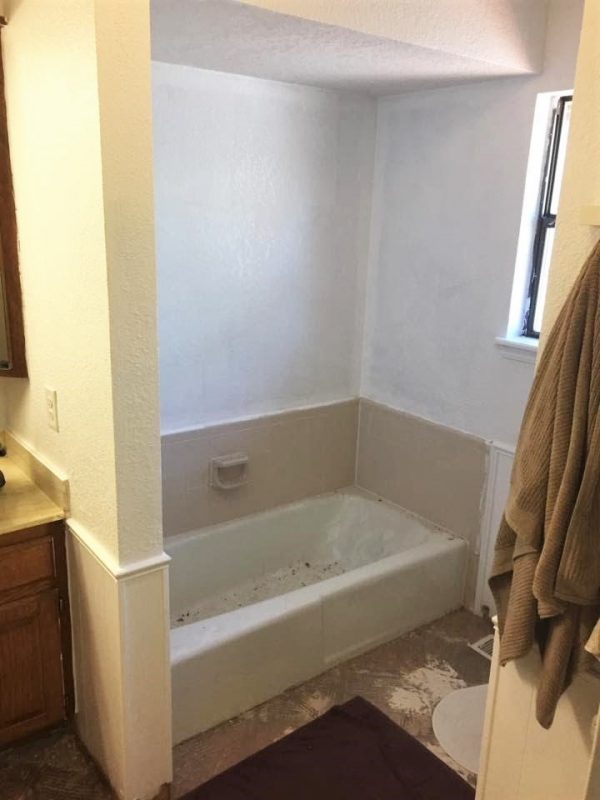 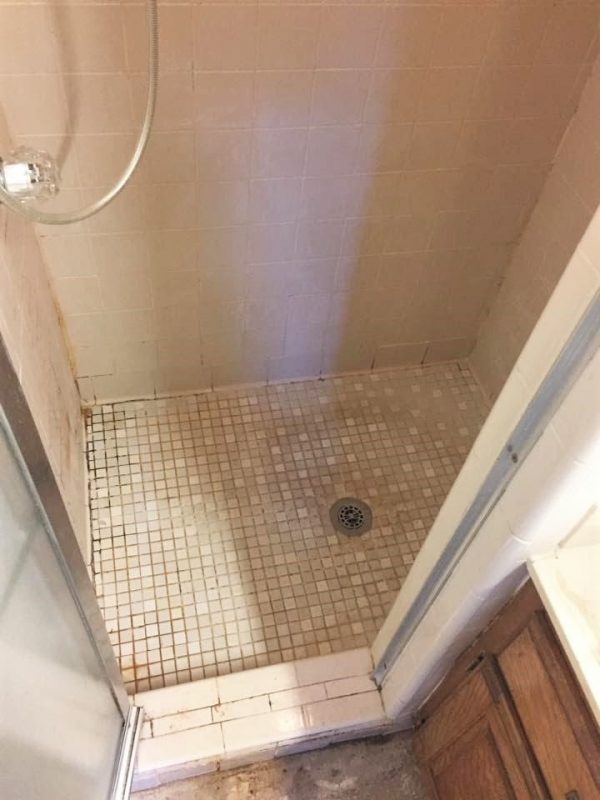 Like I already mentioned, I took out the floor tile and baseboards.

Since the shower wall needed to replaced anyway, we decided to cut the built-in cabinets in half long-ways, and push our shower out for a walk-in.

Tony also took out the dropped ceiling of the shower, added a built-in niche, and moved the pipes so that the shower head was on the opposite wall.

I wanted a cohesive look for the floor and shower since we would not have a door on the shower to break up the two. I chose porcelain tile with light gray grout. 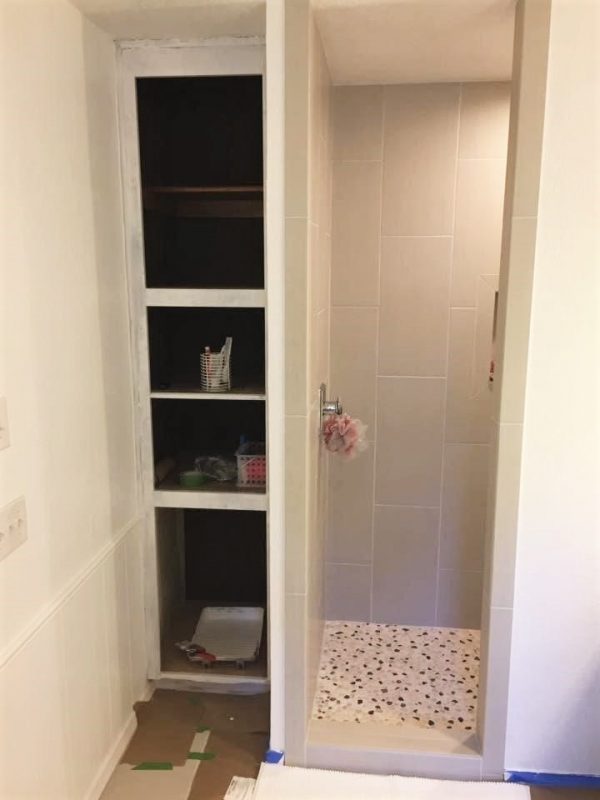 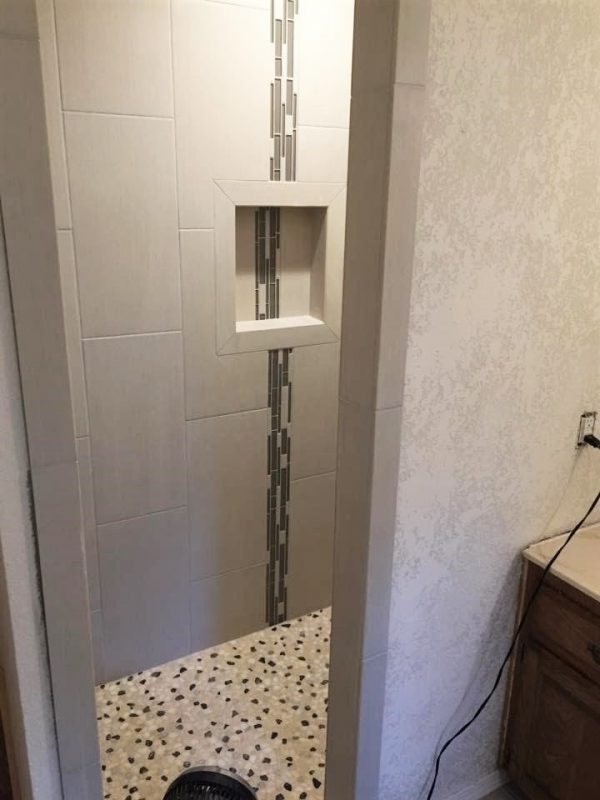 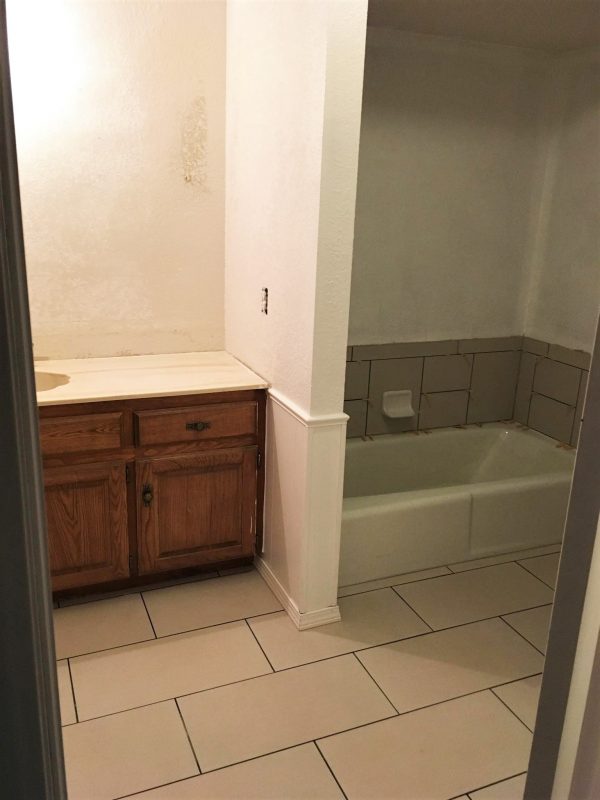 I ended up using this around the bathtub, as well. Tony also installed new White baseboards.

The shower head and faucet and the bathtub faucet are Delta.

For the vanity, Tony took out the drop fir and corner cabinets, and retextured the walls.

I ordered this medicine cabinet, and vanity lights as replacements. 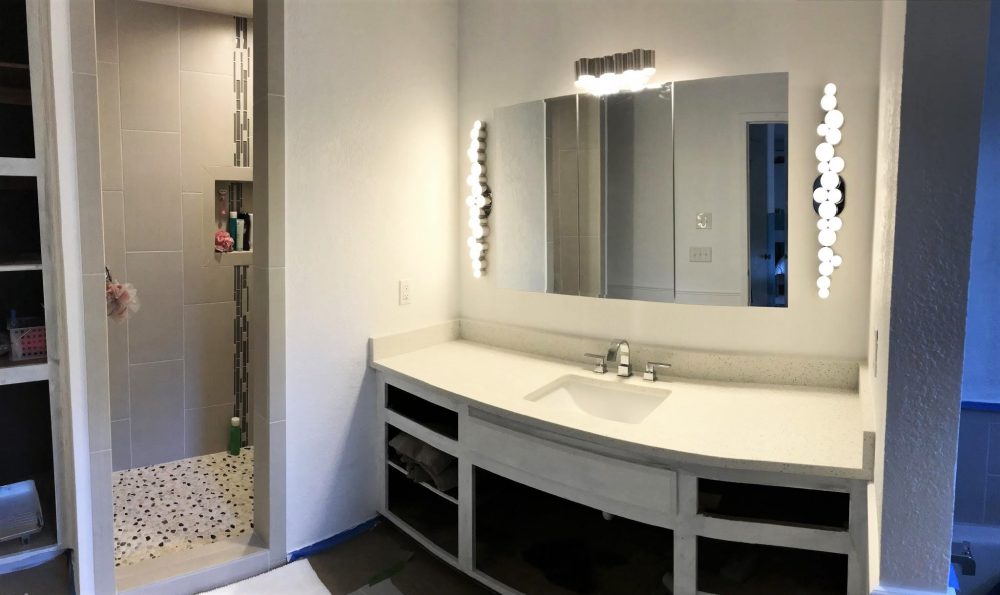 Next, we replaced the countertop with white speckled Quartz, and an undermount white sink. The sink faucet is Delta, as well.

I painted the walls Pure White in eggshell by Behr, and the ceiling with Pure White semi-gloss by Behr (semi-gloss repels water better than eggshell, so was better for the shower ceiling).

Next, I updated the cabinets. 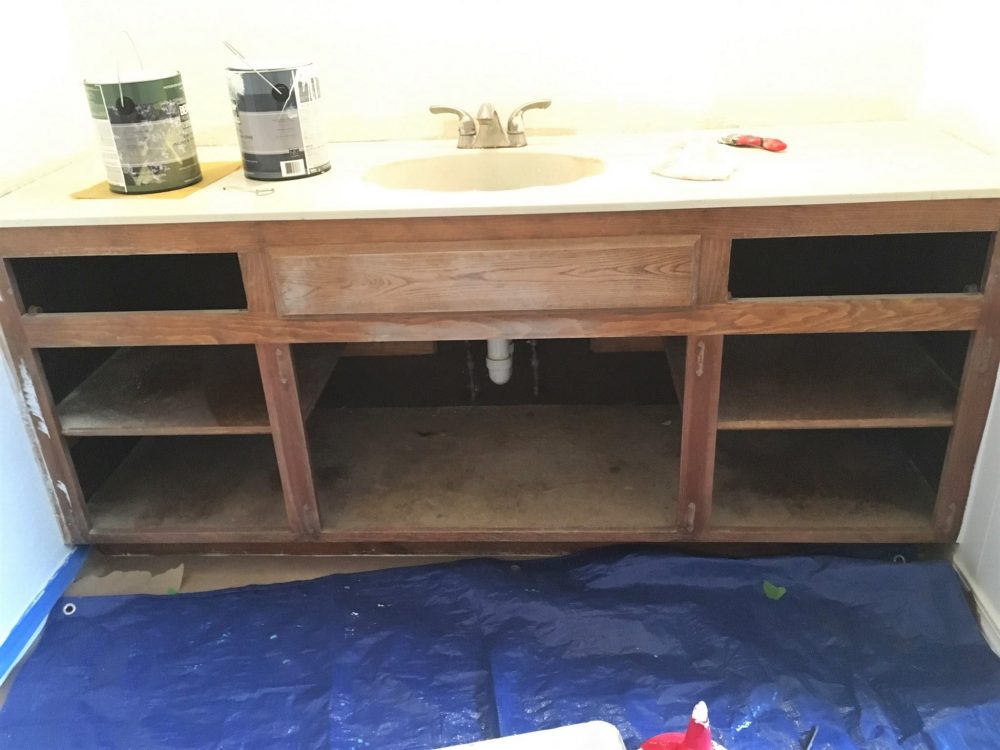 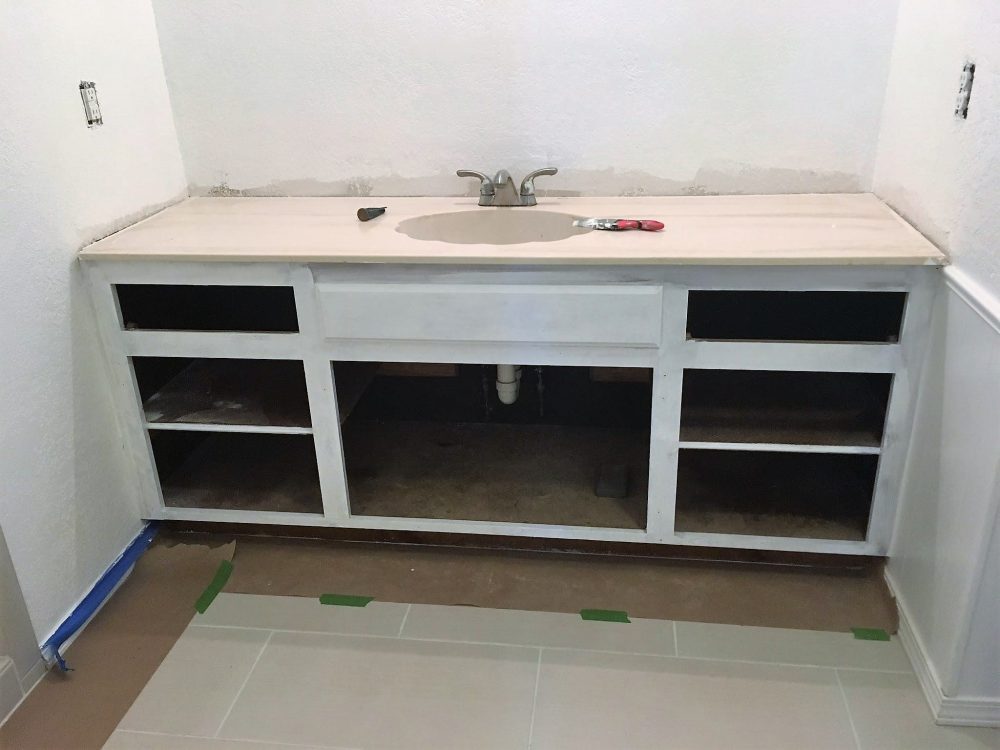 I had been dying to use a paint gun, so I bought this one to try out. I again used Pure White semi-gloss by Behr, and added some knobs from IKEA, and chrome hinges. 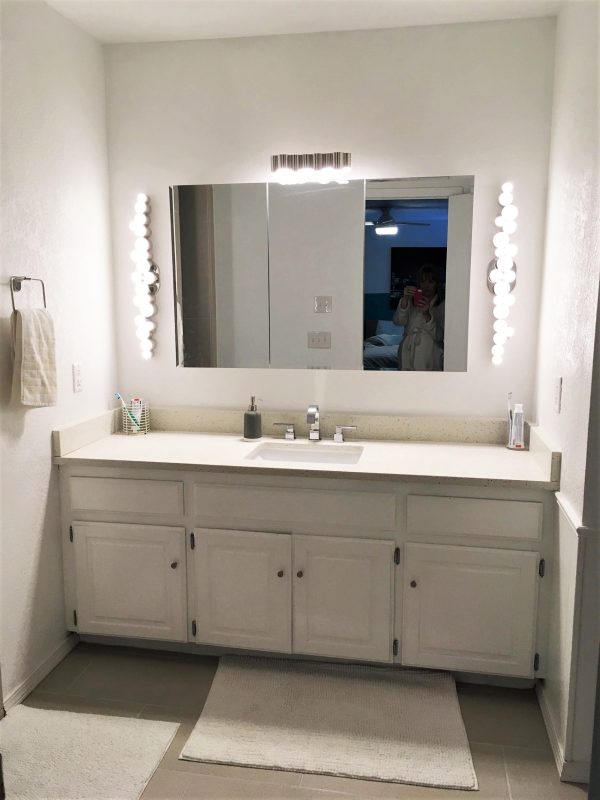 I don’t know if I could love this bathroom more! I am so happy with how it turned out!

So pretty! Love the shower!