This under $50 laundry room makeover post contains affiliate links, meaning clicks or purchases on included links may result in Splendry earning a small commission at no cost to you.

I live in a small house. I’m a single woman with a two (sometimes three) bedroom home, depending on who’s visiting. And while I’m not a hoarder, I do tend to hang on to a few unnecessary items from time to time. Therefore, keeping my house organized and clutter free can be a difficult task. 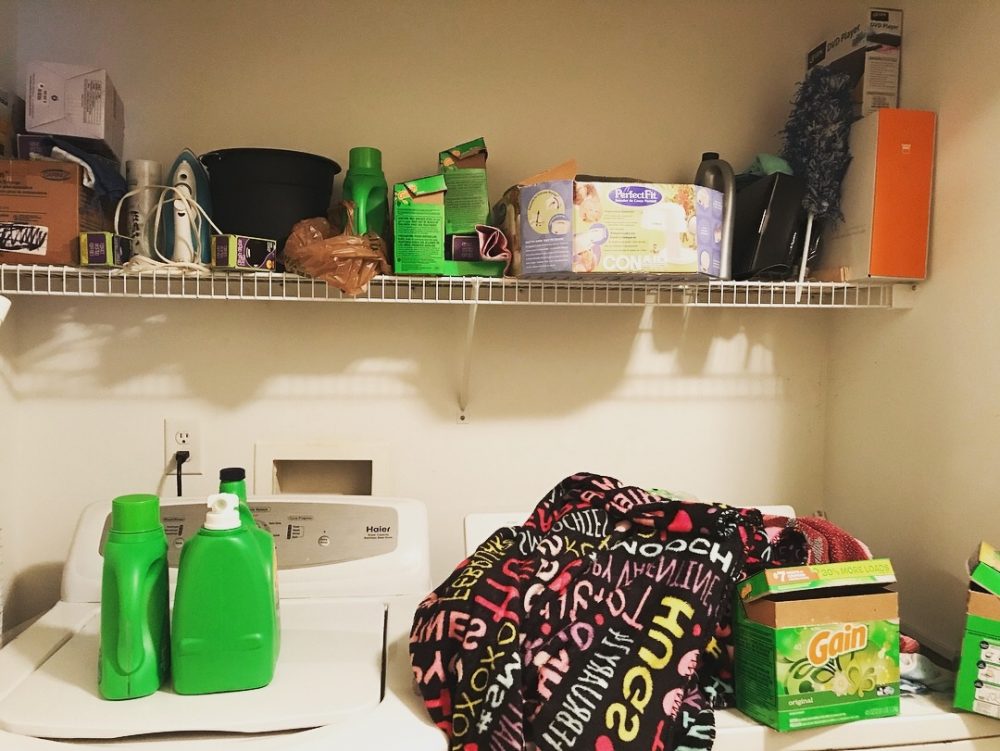 No wonder I could never feel motivated to wash clothes.  Look at that mess. It was definitely time to do something.

After gathering some inspiration from Pinterest,  I set out for a trip to Target.

My first stop was in the storage department. I found some cute gray and white baskets for $8. I  also found a  plastic gray container in the same section for $5. 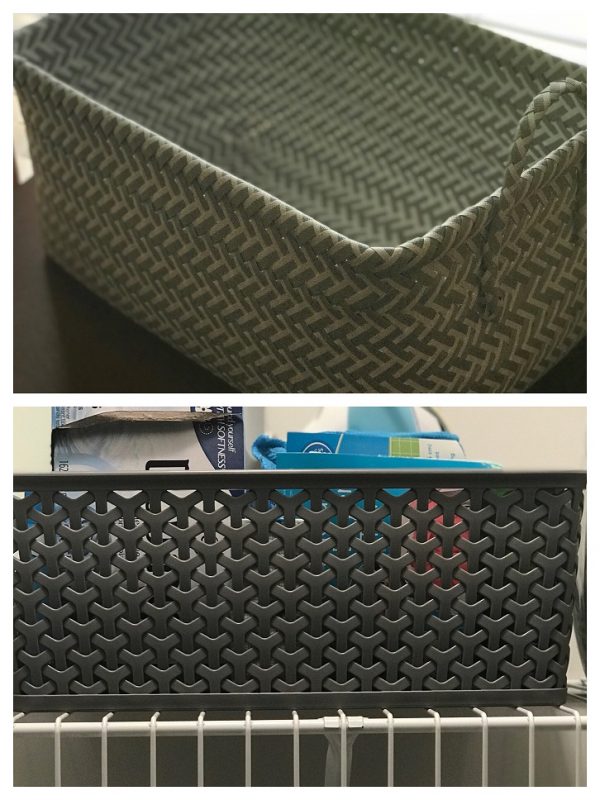 I headed to the kitchen and dining department next and picked up two of these glass candy jars for 10 bucks a piece. 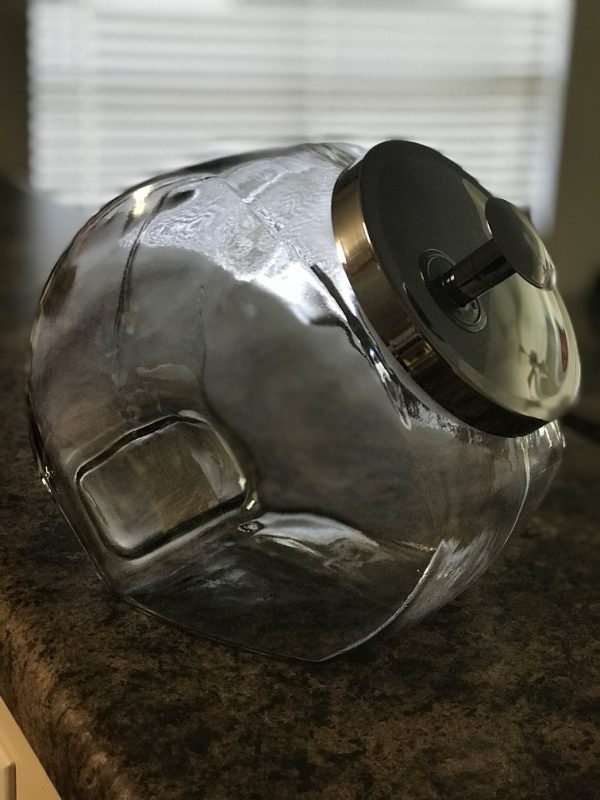 Now it was time to head home and get to work.

I’ve got to be honest. This project took less than an hour. It was probably closer to 30 minutes.

There were several half-used boxes of washing detergent in my closet. I combined them all and poured the detergent into one of the glass candy jars. I then put some clothes pins in the other, just for decoration. 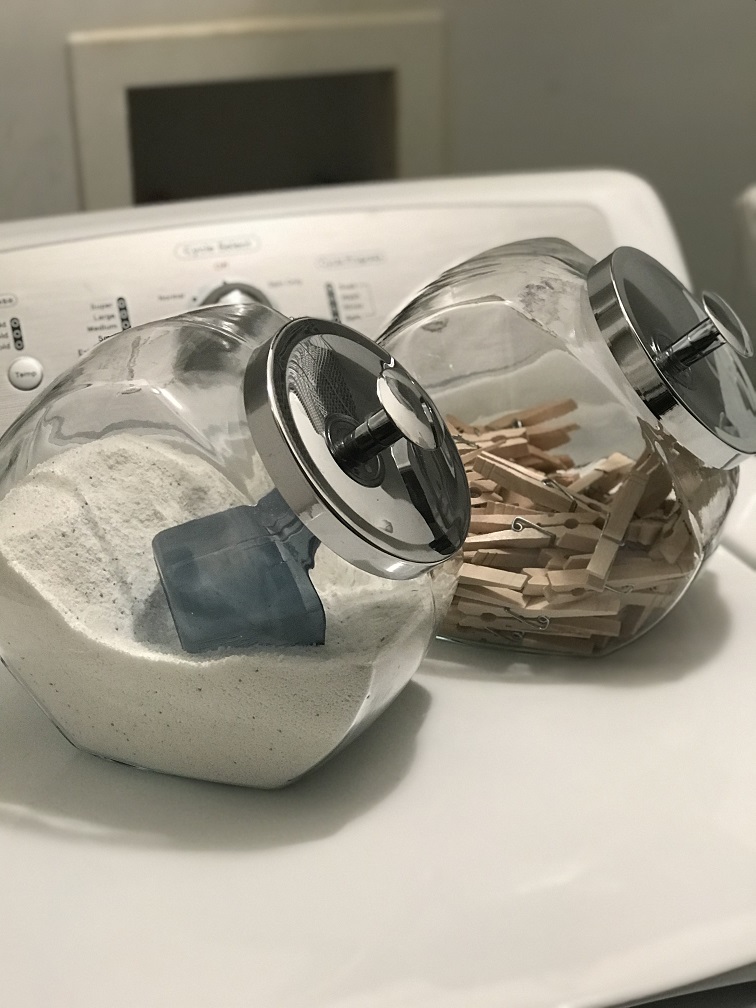 I used the plastic bin for more storage. 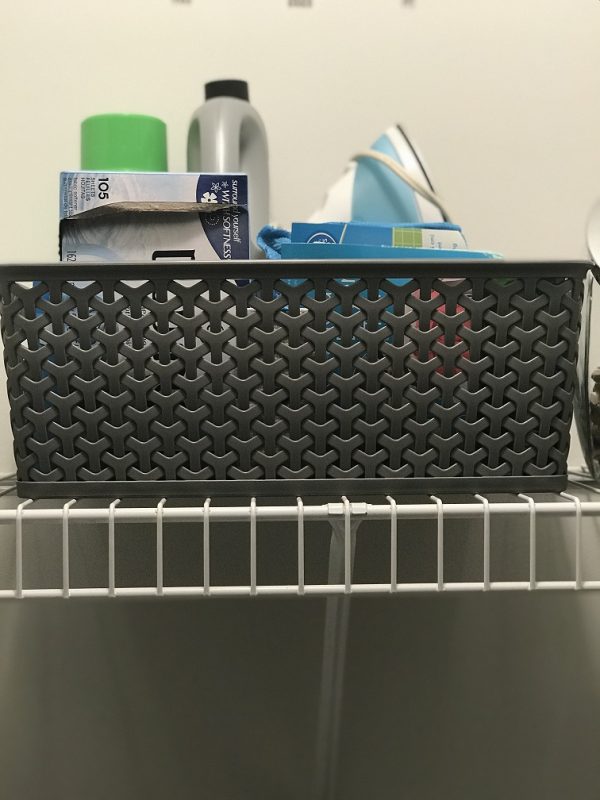 As for those gray and white baskets, they now hold my tissue and paper towel rolls.

After reorganizing the space, something was still missing. Suddenly, my wall looked too bare. Maybe the clutter gave it more ‘character.’ (hehe) 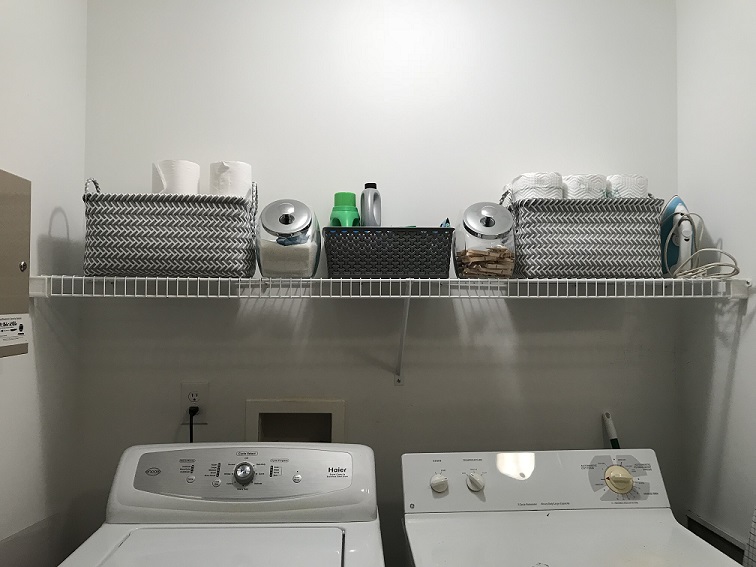 I found some wall art on Amazon and it perfected my finished look. 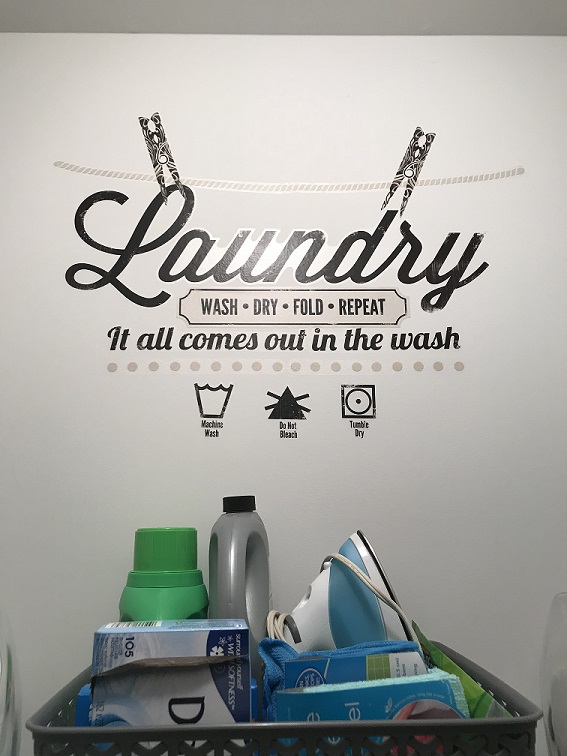 I must say, I’ve been pretty consistent with washing my clothes since this makeover. Funny how that happens. 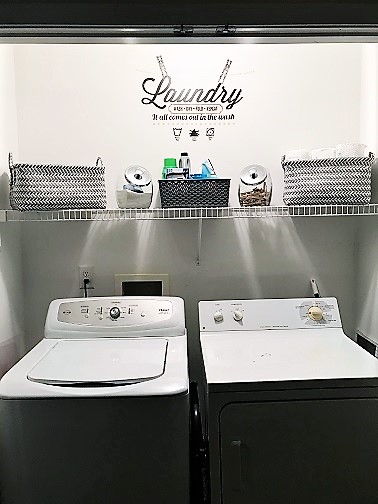 Want to pin this idea for later? 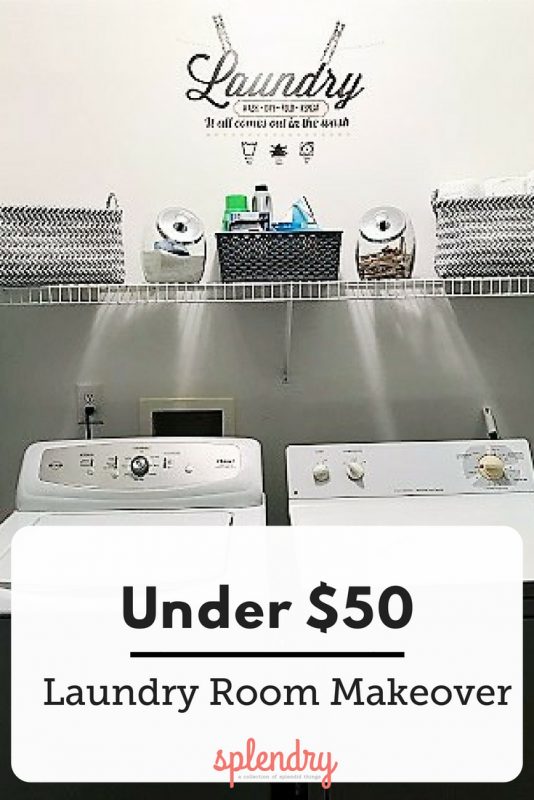