I’ve lived in Boston now for ten months, so I’ve had a chance to see all of the lovely seasons it has to offer. As we enter the lengthy winter season though, I thought I’d share something that never goes out of season: Seafood!

Okay, it might actually go out of season, but the restaurants are always serving so I want to share my top three favorites. Now, as a disclaimer I am a huge sucker for a good lobster roll (hot butter, although the cold one with mayonnaise is yummy too) and clam chowder.

While I have had plenty of both in my time in Boston, the quality of each can really affect my decision in this matter. It isn’t always a deciding factor, but these dishes typically have a lot of sway. 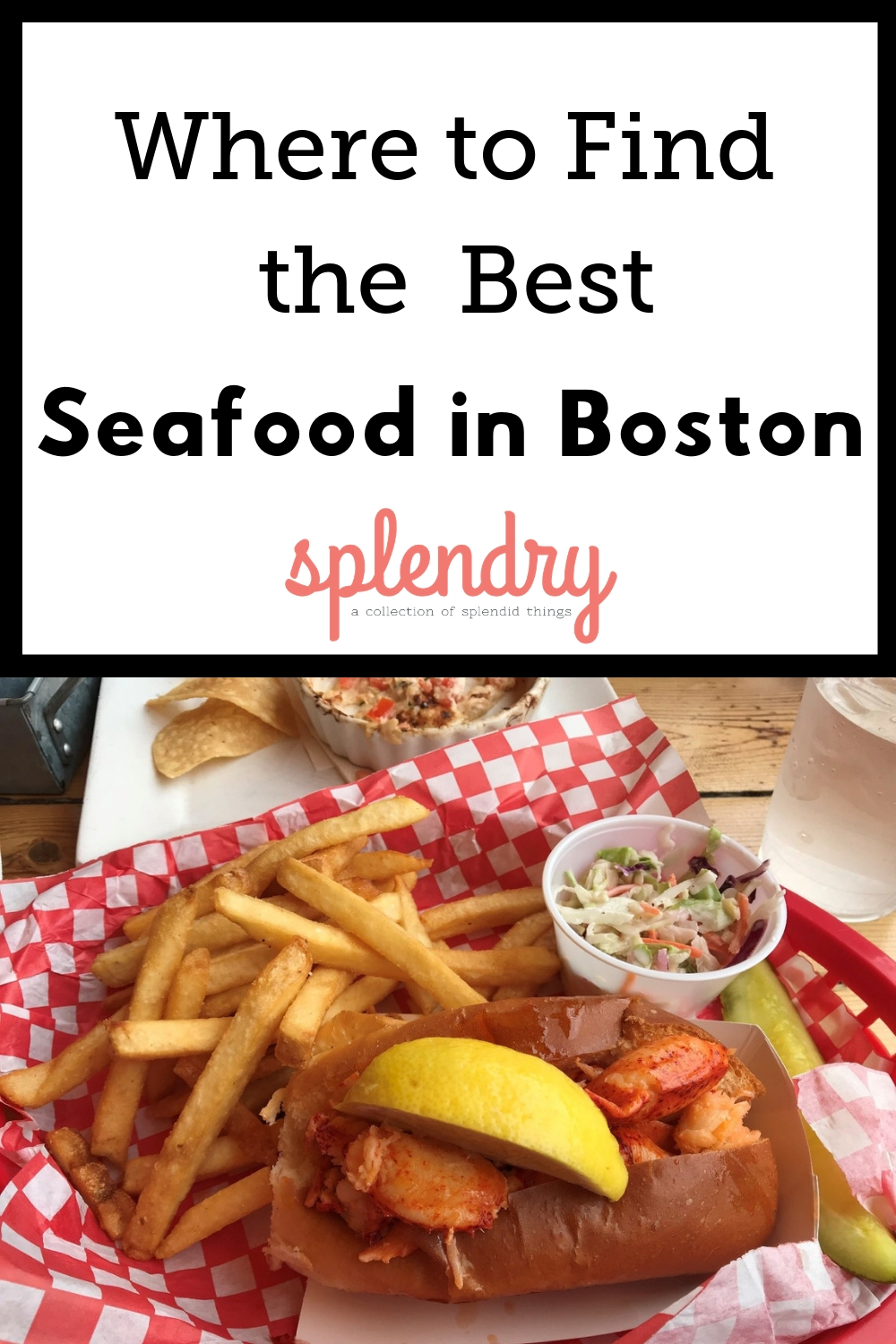 So, starting in at number three: Legal Seafood

You can hardly visit Boston without hearing the name Legal. While you can find locations of Legal Seafood restaurants now throughout the east coast (and even in Georgia), it started in Massachusetts.

Legal Seafood began as a market selling their fresh seafood. But in 1968, the first restaurant was opened in Cambridge, Massachusetts. While I have only frequented the Long Wharf location, right near the New England Aquarium, I have heard very good things about the Test Kitchen in the Seaport District, so there is lots to love.

I’ve been to Legal a few times and each time I have to say that they remain true to their motto, “If it isn’t fresh, it isn’t Legal!” I’ve had the New England Clam Chowder, the Hot Lump Crab Dip, and an assorted dish of scallops and shrimp.

Everything was tasty, but there were some interesting twists on some old favorites which make this restaurant a definitely must for foodies.

No Name is a small restaurant in the Seaport District, located on the Boston Fish Pier which is the central hub of the fish industry in Boston.

While most of the signs nearby will be other restaurants that solely unload and dock in the area, No Name has had a restaurant at this location since 1917, making it one of the city’s oldest seafood joints. However, this restaurant is quiet and unassuming, and you won’t always hear as much about it as the larger places unless you ask a local!

I heard about the restaurant from a local while on a ferry ride, and when my sister came to visit, we took the trek out to Seaport. It was worth the journey, and we were not disappointed.

My sister and I shared the Steamed Lobster, which came with scallops and fried shrimp. We also got some of my beloved clam chowder and endless French fries.

The food was great, and while it was a bit casual inside for what we expected, we enjoyed our visit, and the pier-side location solidified the marine feel.

Number one: The Barking Crab 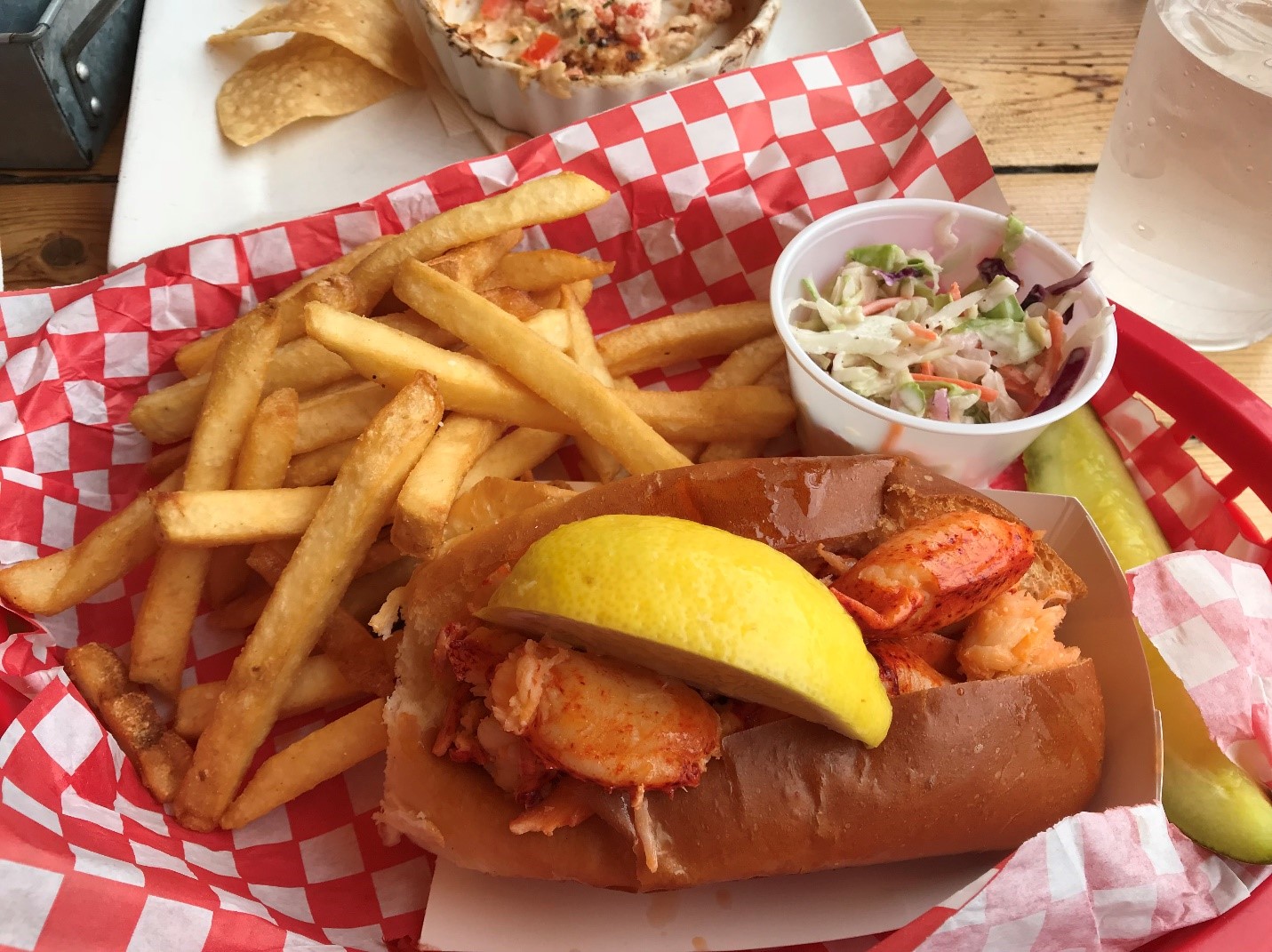 This quirky little joint is located just next to the Boston Harboron on the edge of Seaport (are you noticing a theme?). While it initially started as a summertime joint in 1994, it eventually expanded to become a year-round restaurant.

A friend at work mentioned that I ought to try it, and I had seen it before as I was wandering around the area. So, when my aunt and uncle came to visit a few months ago, and expressed interest in eating lobster,we went for lunch and it was absolutely delicious.

They both got bright red boiled lobsters while I got a lobster roll and crab dip. Everything I ate at this restaurant was delicious, and the environment inside was funky and fresh.

So those are my three picks. I must mention that there are additional famous places in Boston, like Union Oyster House, but I’m no oyster fan, so I haven’t checked it out.

I’ll also give a shout out to PAGU for their unique take on a lobster roll (let me say it involved squid ink) and Eventide for their delicious, albeit a little small, lobster roll.

Key things to keep in mind: the best seafood restaurants tend to be on the water; be warned that seafood is pricey, and “market price” can be steep; and last, these places can have very long wait times, so go early or make reservations! Cheers, and happy lobstering!

These all sound so yummy!!! I will have to try them next time I am in Boston!