FALL IS HERE!!!  My scarves and I are rejoicing. Fall is the greatest season of them all and I will fight anyone who says otherwise. (Not really, you are entitled to your opinion, but know that it is wrong.) Once the cooler weather comes around, I start craving all my cool weather foods, the biggest of which is apple pie. It is comfort food at its finest. This recipe has been in my family for a while and it is too good not to share! 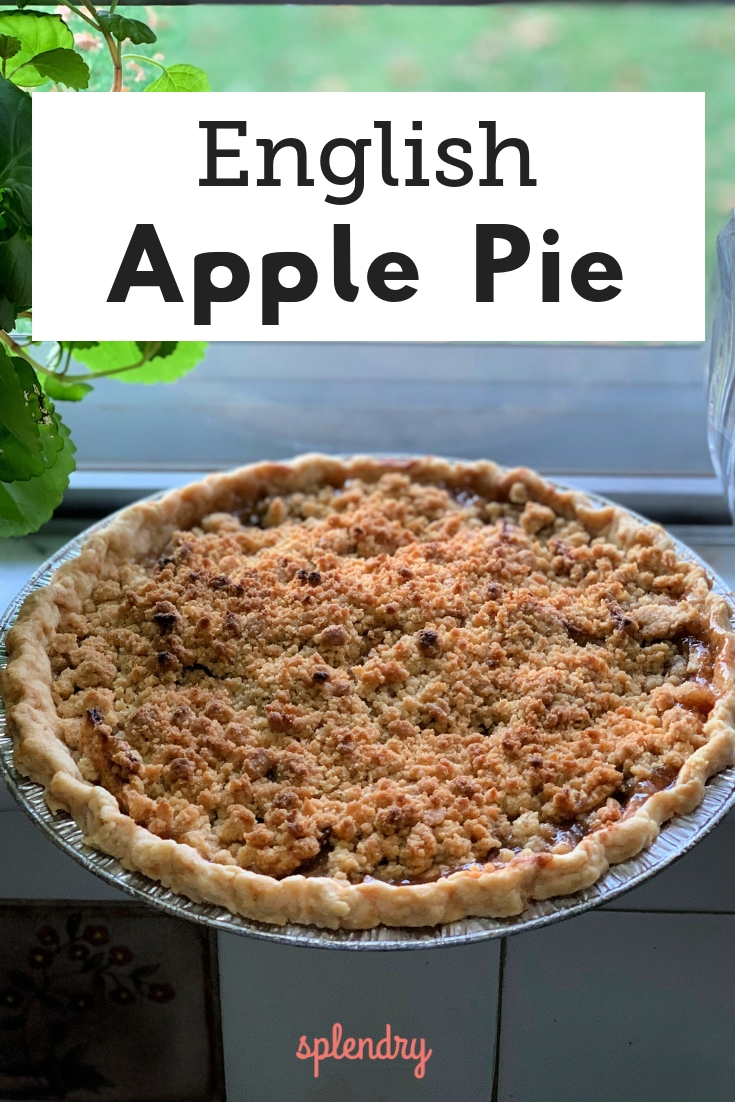 Here are the players:

Peel, slice, and chop the apples. 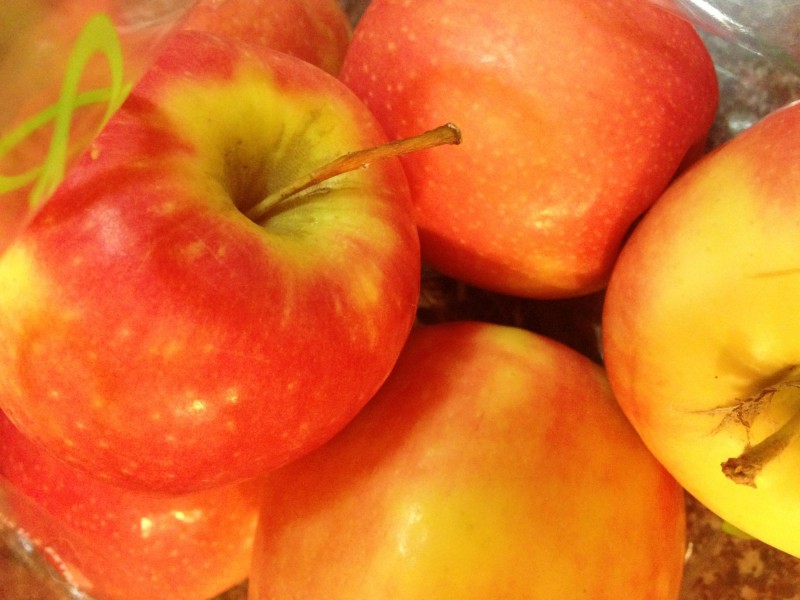 There are over 2500 known varieties of apples in the US so go crazy and be creative. I used granny smith and pink lady apples for this particular pie. If you are using sweeter apples like red delicious, throw in a squeeze of lemon juice to create that nice tartness that makes apple pies so delicious. 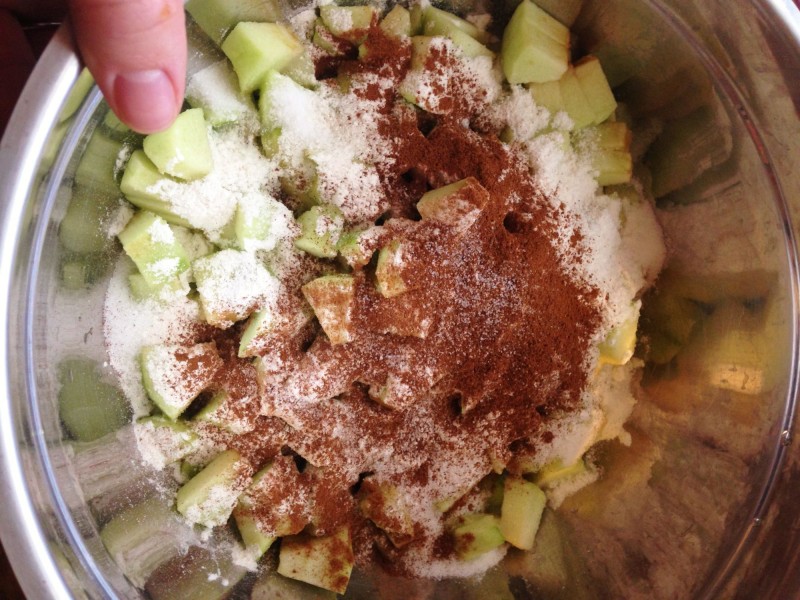 The flour might sound weird but it is used as a thickener so that when the pie is cooked all the delicious juices will be less runny and stay in place a bit better.

Combine until apples are evenly coated.

Fun fact: There really was a Granny Smith. Her name was Maria Ann Smith. The Smiths were farmers whose specialty was apples. It is believed that, in 1868, she accidentally crossed a wild European crabapple with the more commonly grown orchard apple. The delicious new fruit was named the “Granny Smith” in her honor.)

Add to the pie crust. 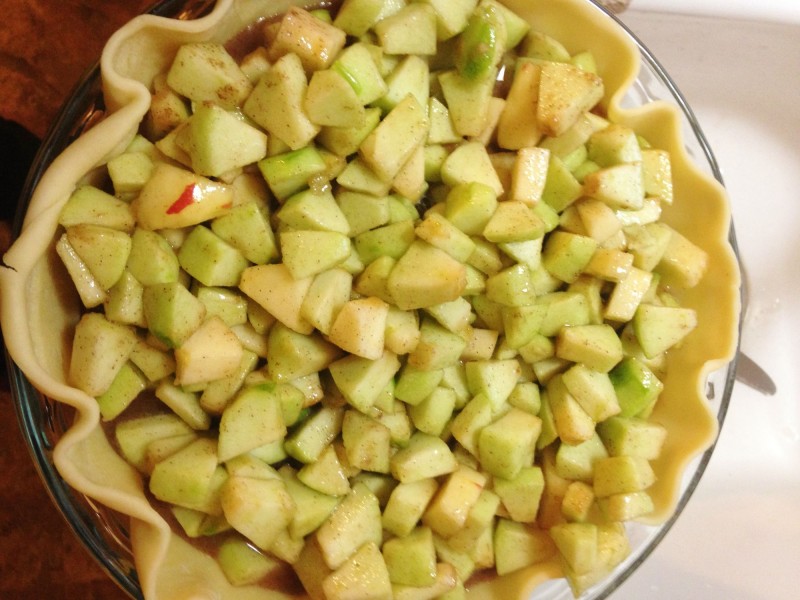 English apple pie recipes go back to the 14th century. The first printed apple pie recipe was by Geoffrey Chaucer in 1381. The ingredients for the pie were good apples, good spices, figs, raisins and pears. He also mentioned a cofyn, which is simply a casing of pastry. The last ingredient, saffron, is used to color the pie filling.

The traditional way to serve apple pie in some parts of England (such as Yorkshire, where I lived) is with cheese. The cheese in the topping is such a nice compliment to the apples. I used Tillamook sharp cheddar.

Add the melted butter and mix until it resembles a moist bread crumbs. 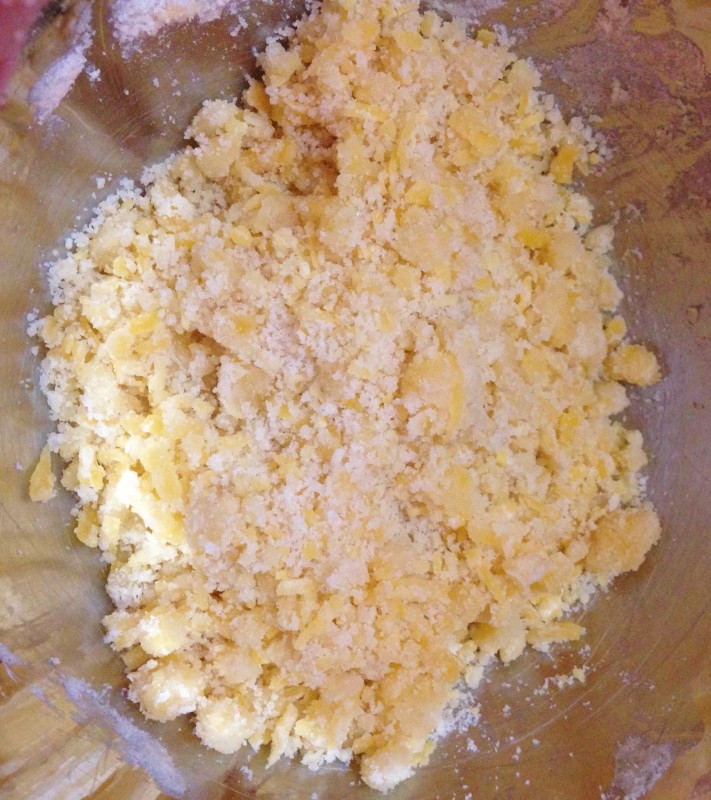 In many countries, fruit pies were a common breakfast food eaten before the start of a long day. Cheese was added to make it more substantial. So you should read this as history giving you permission to eat pie for breakfast. You’re welcome.

Sprinkle the topping on the apple pie. 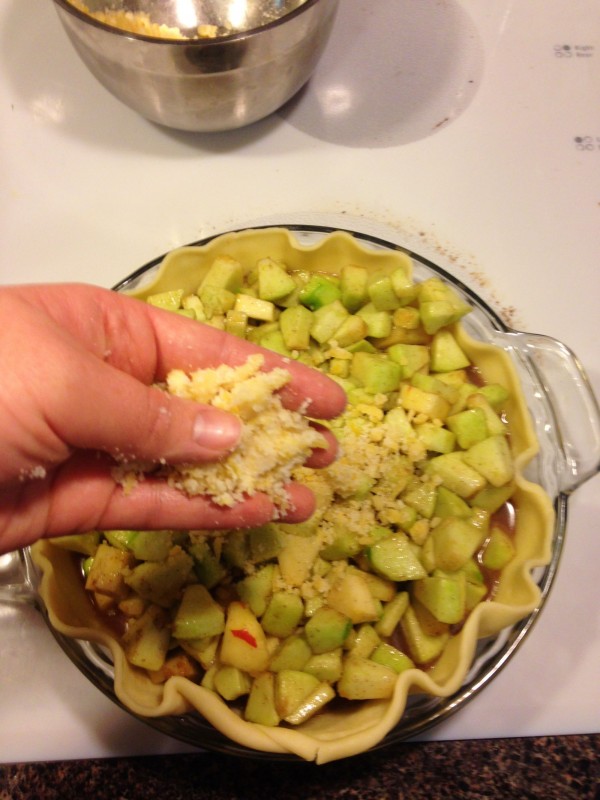 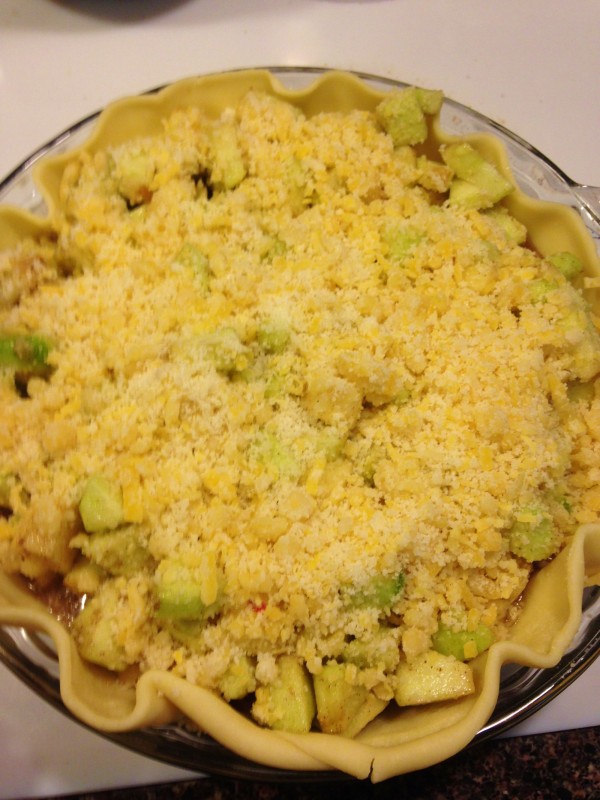 You will need to watch how it is browning because you’ll want to probably cover the edges (and maybe even the top) with foil to prevent burning.

Once done, pull out of the oven and let cool for about 15 minutes. 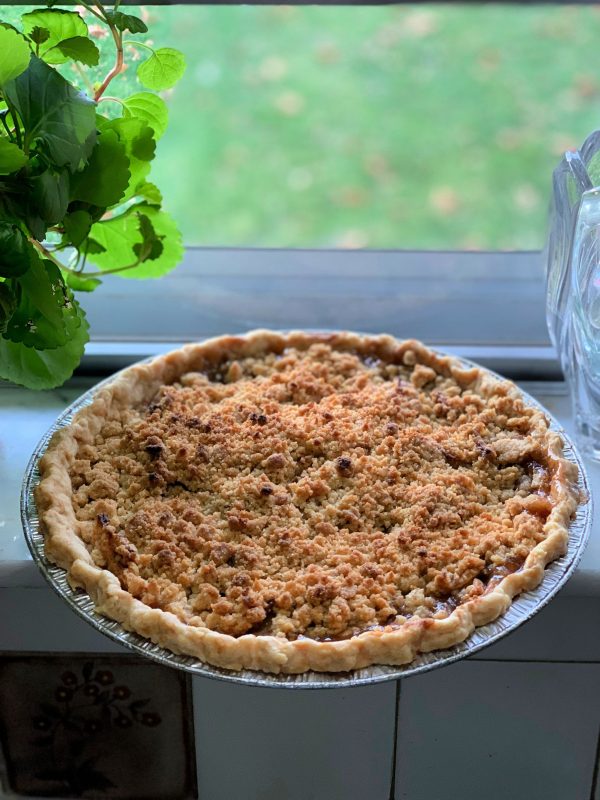 Cut yourself a slice and enjoy! 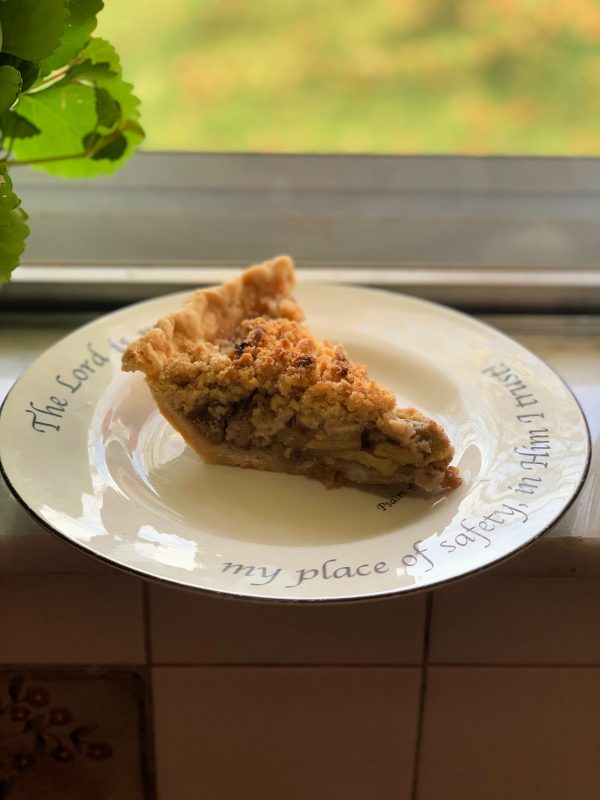 The average American eats six slices of pie per year. I find this both interesting and tragic. Only six? Change starts with one person – you. Now go and be the change you want to see in the world – eat more pie.

YUMMY!! I am a suck for a good apple pie Al La Mode. This is definitely a recipe I am trying soon. Thanks for sharing it with me.

Hope you enjoyed it! I’m making one right now! 😃