Recently, I realized that I’m getting older. Maybe it’s the attempts to bond with my college-aged nephew and his girlfriend, maybe it’s the sense of relief I get that I never had to build a Pinterest wedding board, or maybe it’s simply not “getting” Ariana Grande. I don’t know, but it is true I am getting older. Case in point – not only am I drawn to the premise of TV Land’s original program in it’s sophomore season, Younger, but I find myself awestruck that I REMEMBER when TV Land started and it was 20 years ago. 20 years. 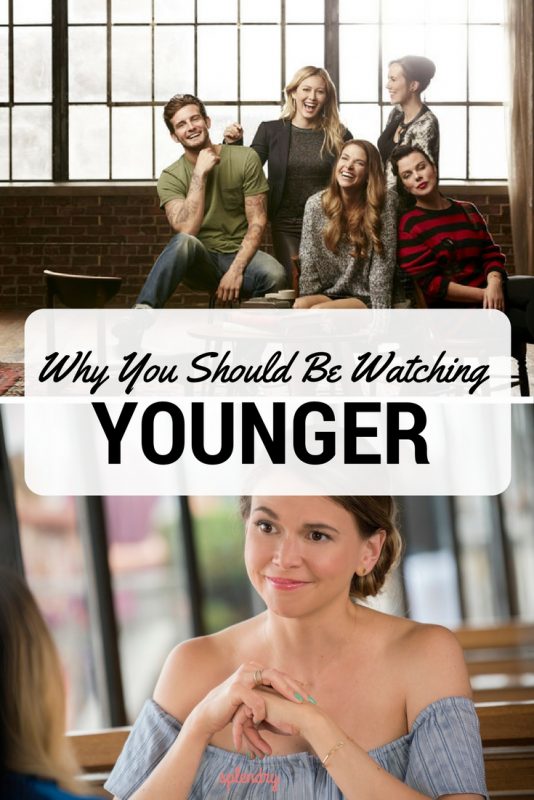 Gone are the days of Green Acres and Bonanza as primary viewing. In addition to great 80s and 90s reruns that I love (do not tell me when Golden Girls marathons are on, I can’t-stop-won’t-stop) (it is precisely these kind of sidenotes that make me embarrassed to speak to the youths of today), TV Land is deep into original programming now.

While I enjoy the occasional flip thru of “Hot in Cleveland”, no other TV Land originals have really stuck out until this last year. TV Land has debuted several great original comedies, not the least of which is Younger starring Sutton Foster, Hilary Duff, and Debi Mazar. (The other true great is The Jim Gaffigan Show and I can get to that later).

I will admit – I tuned in the first season because I have a soft spot for Hilary Duff. I can’t explain it, so I won’t try. But what I found was a show that was just fun. It is about a woman who has spent most of the previous 20 years raising a family and out of the workforce. As her daughter heads off for a year studying abroad in India, Liza (Sutton Foster) finds herself divorced, broke, selling her suburban New Jersey house, and having an impossible time getting back into the publishing industry she’d left all those years ago.

A series of encounters, including learning all about Brooklyn through her best friend Maggie (Debi Mazar) and getting hit on by a delicious 20-something, Josh (Nico Tortorella), Liza decides that not only CAN she pull off looking 26, but that it’s in her best interest to start over and live as 26. She gets some highlights, learns all the lingo, changes a few dates on her resume, and suddenly: she’s started over. 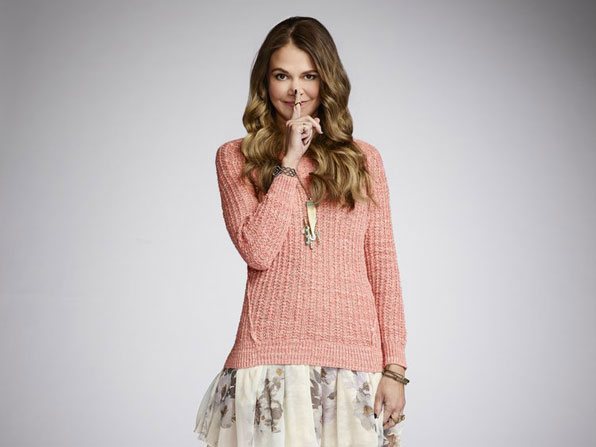 She begins work as an assistant in a top publishing company, befriending true 20-something Kelsey (Hilary Duff) and her crew. It is her friendship and growth with Kelsey that provide my favorite scenes for Younger in its first season. And as Liza begins to feel more comfortable in her new age, she also watches her romance with Josh heat up. 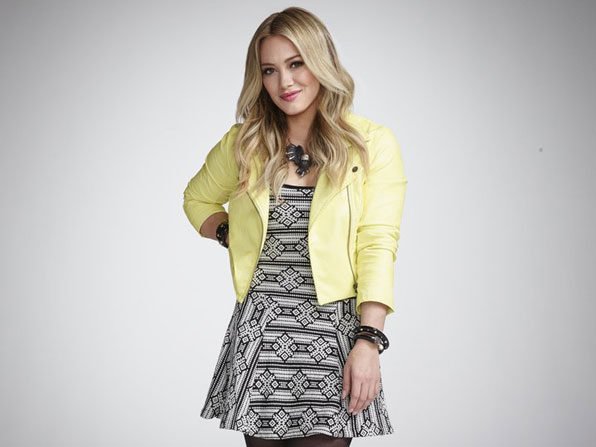 Season 2 begins as her secret has slowly leaked out to a few key acquaintances. Could I take offense or get deep into the injustice of ageism and sexism that the show is based on: sure. I don’t think the show dances around how unfair it is. It really pokes at Liza and the little lies she tells, exploring what happens as she gets closer to her new friends who think she’s 26, as well as her relationships with those in her previous life that don’t know anything about the Brooklyn Liza. But the show isn’t about changing history or starting a movement. It’s mostly about a woman exploring a piece of herself that she left behind – not many get the chance to do that!

The show is visual for me – colorful and fun. It’s upbeat, never too heavy. It makes a statement about feminism and identity in the way that Sex and the City did – with equally delightful characters, fashion and the same style New York (probably helps that it’s created by Darren Starr, who did both shows). Lots of Girl Power, 90s trivia, and great eye candy (both the yummy people and the fashion). It’s not laugh-out–loud,  but it is smart and fun. Suspend some reality, pay attention to the witty banter, and enjoy the growth that comes with revisiting your youth.

Younger just started it’s second season on TV Land, so there is plenty of time to set your DVR’s for new episodes (Wednesdays at 10/9C) while you binge Season 1’s 10 episodes. It’s also on OnDemand.