If you are tired of paying way too much for your favorite TV shows through cable and satellite, I’ve rounded up some of the best alternative TV providers. My family cut the cord a couple years ago and are so glad we did!

We’ve had great luck with our streaming service and I wanted to share what I’ve learned. I’ve pulled together some of the most popular TV providers with their prices and what all is included. Hope it helps!

Cut the Cord: Cable Alternatives and What They Cost 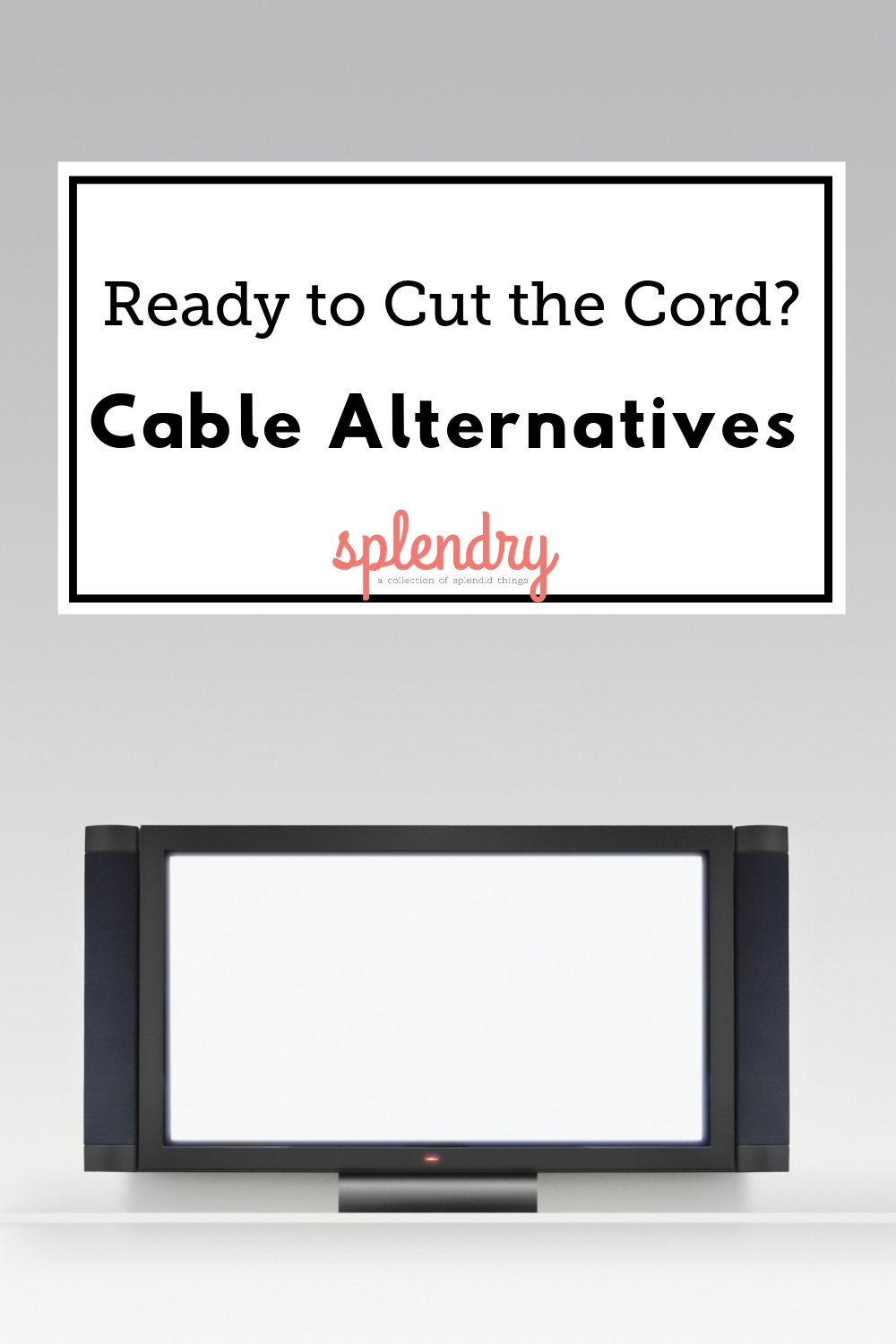 Their lowest packages is called Access and is $44.99/ month. It includes a lot of popular channels like Bravo, ESPN, Disney, HGTV, Fox Sports and TLC just to name a few. The next package up is called Core and is $49.99/month. This includes everything from the Access level and a lot of different sports channels like ESPN2, ESPNNews, ESPNU, NBATV, MLBnetwork. It also has Disney Junior, DIY network and the Hallmark Channel. To get HBO and Showtime you need the Ultra package for $79.99/month.

One of the things I really like about Play Station Vue is the ability to record shows. I can pick shows and will go right to the Cloud DVR but if a live game is playing on ABC I don’t believe you can record it. You also have access to most of the main channels like ABC, Fox, NBC, CBS either with their live broadcast or through OnDemand shows. Some areas are limited to what broadcast stations are available.

If you are wanting Cloud DVR where you can record and watch live TV, record multiple shows and fast forward its $5/month. They also have a Kids package for $5/ month with Disney Jr, Nick Jr, but you have to pick if you want the Kids Orange or Blue. The kids Blue does not have Disney Jr.

There is a Sports package for $5/ month on Orange or Blue Sports Package is $10/month. They also have add on packages like the News packages, Lifestyle packages, Heartland, comedy and movie packages so you can customize what you are getting. Each package listed is an extra $5/ month.

Sling also plays on a variety of smart TV options like Apple TV and Amazon FireTV. Sling would be a good options if you just wanted some basic channels and can customize to pick what you really want.

YouTube TV also starts at $49.99/month and you can have up to 6 accounts for your household. You can also have 3 simultaneous streams. There is also a Cloud DVR with no storage limits and that is included in the price. It include HGTV, ESPN, ESPN2 and ESPNnews, Disney, Fox Sports plus your basic broadcast stations like ABC, CBS, NBC and Fox.

It didn’t seem there were any levels with YouTube TV so what you see is what you get but they have some additional networks you can add on like Showtime ($7/month) or Starz ($9/month). Adding on HBO was not an option. 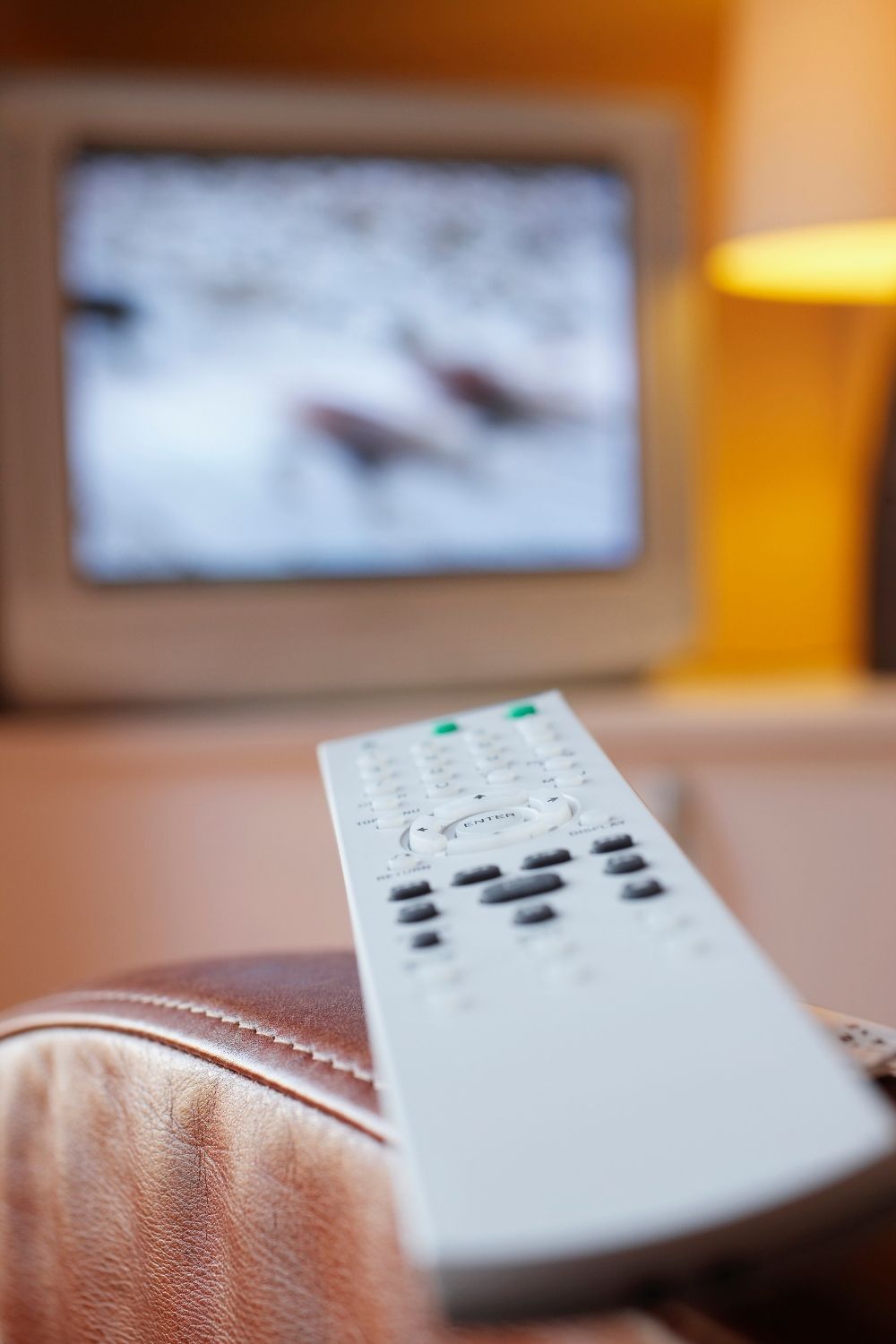 Netflix comes with three different options. There is no live TV on Netflix but they have a variety of shows that they produce. Plus a lot from other companies including a lot of shows from HGTV and Disney. The main difference with the packages are if HD is included and how many screens can watch at the same time.

Hulu now also has a Hulu+Live TV option for $44.99/month. This give you OnDemand TV, live channels and shows and 50 hours of Cloud storage plus all the Hulu content. You can also stream on multiple devices.

What is available varies slightly by what area you’re in but Disney, Disney Jr, ESPN, ESPN2, ESPNNews, FX, HGTV and Fox Sports all come standard. You can add on an Entertainment package for $7.99/month that has channels like the Cooking Channel, Lifetime movies, DIY, etc.

If you are just wanting a certain channel and do not have a TV package some networks like HBO allow you just do subscribe directly to them. The HBO Anytime is $14.99/month.

All the services I listed run off of some type of streaming device like Apple TV, Amazon Fire, Roku, etc. We pick up stations like PBS and PBS kids with an antenna but with your streaming device you can also just download the PBS kids app for free and get some of the shows that way.

We watch a lot of sports, Disney Jr, HGTV and DIY network so for us Play Station Vue is still the best option and value for our money. We are still so glad we are saving money with not having cable and have been really happy with PlayStation Vue.

Do you think it’s time to cut the cord? Let us know if you have any questions! (And if you’re looking for some more money saving tips, head here!