One of my favorite podcasts to recommend to friends is Judge John Hodgman, on the Maximum Fun network. 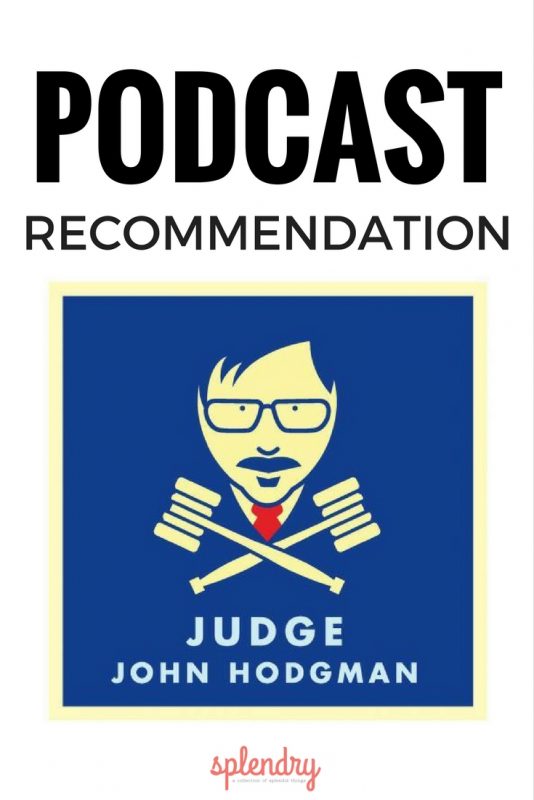 You may know John Hodgman as a stand up comedian or as “The PC Guy” from the Apple commercials a few years ago. He is also an author, Daily Show Correspondent, and all around clever fella.

Weekly, Judge John Hodgman holds internet court. Listeners write in with their complaints against friends, spouses and partners, and Judge John arbitrates with the help of Bailiff Jesse Thorn. Yes, these are silly disputes. And while there is much laughter, there is also much wisdom. I have found myself laughing uproariously and nodding thoughtfully in the same episode. The underlying rules of Judge John Hodgman’s court have also influenced my relationships and conflicts within my own life. For example, one of his basic tenets is that “You cannot force someone to like what they do not like.”

It brings me joy when each new episode is released. Here are some of my favorite episodes if you want to sample a few and try it out.

Two brothers are renovating a home together. They have a bat infestation problem and need help coming to consensus about the best way to solve it.

A wife brings her husband to court to recommend he be forbidden from buying any more “grampa shoes” from thrift stores.

A teenager brings her father to court, to bar him from forcing her to watch classic movies.

One of the most delightful episodes I’ve heard. The wife of a Christmas Santa wants to limit the amount of Santa-like behavior (beard, jolly laugh) he can display throughout the non-holiday season.