It seems like every single day, news surfaces about a Hollywood movie remake, a reboot or another film being released in a film series. And that got me thinking…

Down below, I have a list of sequels and remakes that I want to happen…that need to happen!

Hollywood Movie Remakes and Sequels that Need to Happen 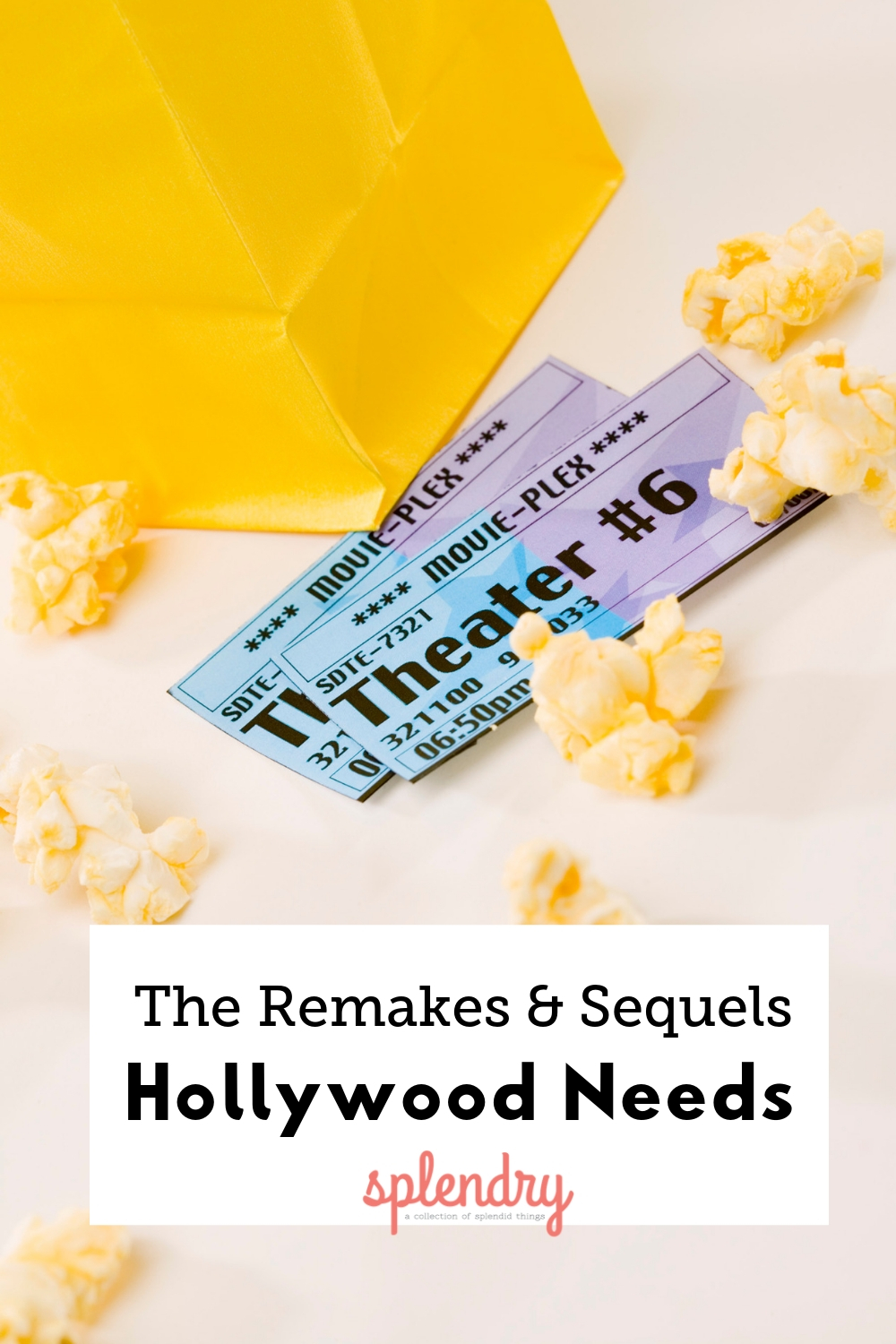 1. Casablanca: Some may say not to mess with originals, but an updated version of this story could introduce it to a new generation and help fans fall in love with it all over again.

3. The Wizard Of Oz: Sequels, animated remakes, a Broadway play, a prequel…This tale has been told in many ways, but I’d like to see one true remake of the original.

5. Double, Double, Toil and Trouble: Speaking of twins…This made-for-television film starred Mary-Kate and Ashley Olsen, and a remake would be a great addition to my must-watch list of Halloween movies.

1. It’s A Wonderful Life: For years, there has been talk of a sequel to this holiday classic, which would tell “the rest of the story”. However, permissions haven’t been granted to move forward with the project…but we can hope it happens soon!

2. E.T. the Extra-Terrestrial: In July 1982, a sequel was thought up, but Steven Spielberg cancelled it, saying it “would do nothing but rob the original of its virginity”. Perhaps he has changed his mind now, though, because everyone would love to see these grown-up kids reunited with E.T.!

3. The Breakfast Club: Similarly, I would also love to see this group grown up, and their kids could even end up in detention together.

4. Forrest Gump: This classic is based on a novel, which has a sequel, and a screenplay for this follow-up film was written in 2011…it just hasn’t been made yet.

5. The Lizzie McGuire Movie: Reboots aren’t only happening in movies; lots of TV shows are making comebacks, and since Lizzie had her own movie, a sequel could tell us what she is up to now.

6. Who Framed Roger Rabbit: Sequels and prequels have been rumored for some time now, but apparently, the chances of Disney green-lighting something new for Roger Rabbit are slim. Fingers crossed, as we would love a prequel story!

7. Beetlejuice: It is happening. It’s not happening. Stop teasing us, and give us this sequel!