These best friend movies are just what you need! In need of a movie night? Call up your BFF and plan a night of laughs, cries, or being scared silly.

Every single person on this planet has one-of-kind traits, interests and quirks that help make them who they are. That is part of the beauty of life.

And every friendship comes to be through unique people finding one another and realizing they have a connection. Some friendships are more surface level, but some are deep and genuine, and that sort of bond leads to BFFs. 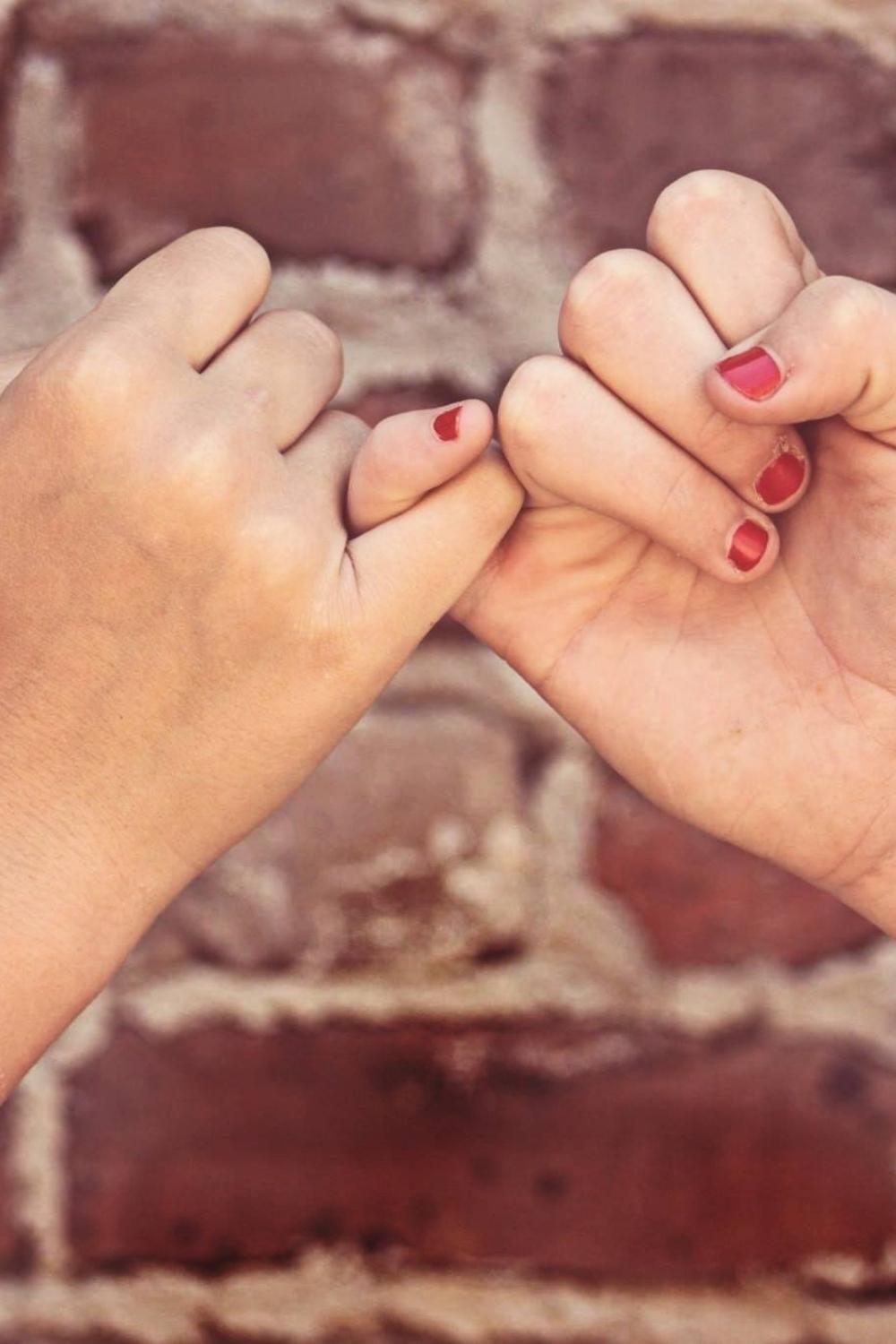 Different pals enjoy doing different things together, and you probably have someone you turn to when you want to go shopping (perhaps the fashionista in your life), when you want to work out, and when you want to chill at home in front of the TV. This could be the person who is down for anything or the fellow homebody.

Whenever the time does arise for you and your BFF to watch a film or two or 10 together, I suggest the best friend movies that are listed out below.

They all come from various genres, ranging from comedy and drama to kid-friendly and action flicks. They were released in a range of decades and feature a range of stars.

No matter their diverse plots, though, they all have one element in common: They celebrate friendship.

10 Best Friend Movies to Watch with Your BFF 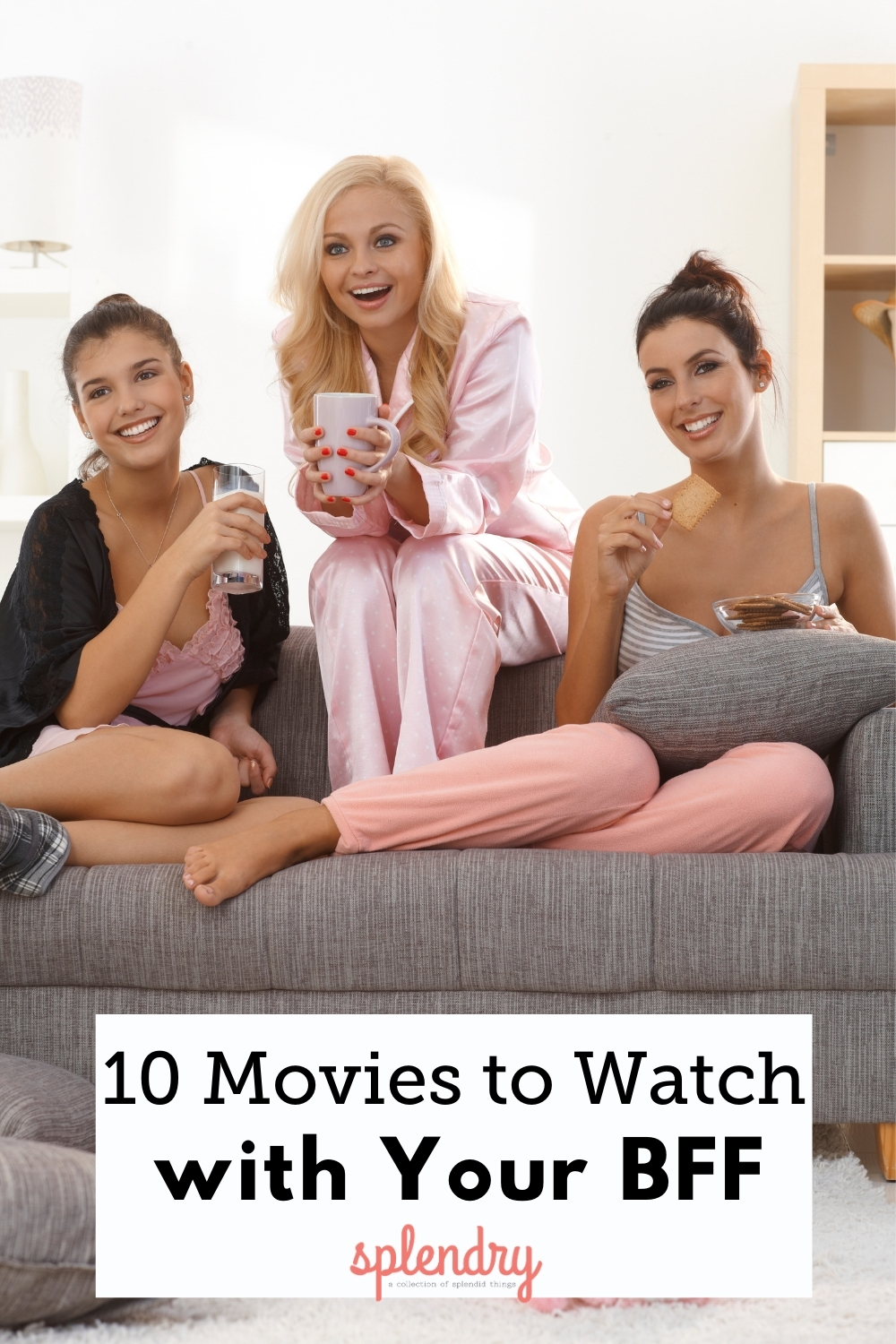 Up is a Pixar movie that came out in 2009, and it tells the story of an old man, Carl, and a young wilderness explorer, Russell, traveling to a strange locale together.

Those who have seen it know that it is about much more, and fans will cry, laugh, and then cry some more while watching. It shines a beautiful spotlight on how valuable the relationships in life are.

Moms are some of the most hardworking and stressed-out individuals out there, so there are probably a lot of gal pals with kids (and men and non-parents and so on!) who can appreciate the fun freedom shown off in this film. Plus, it got a sequel in 2017, A Bad Moms Christmas. 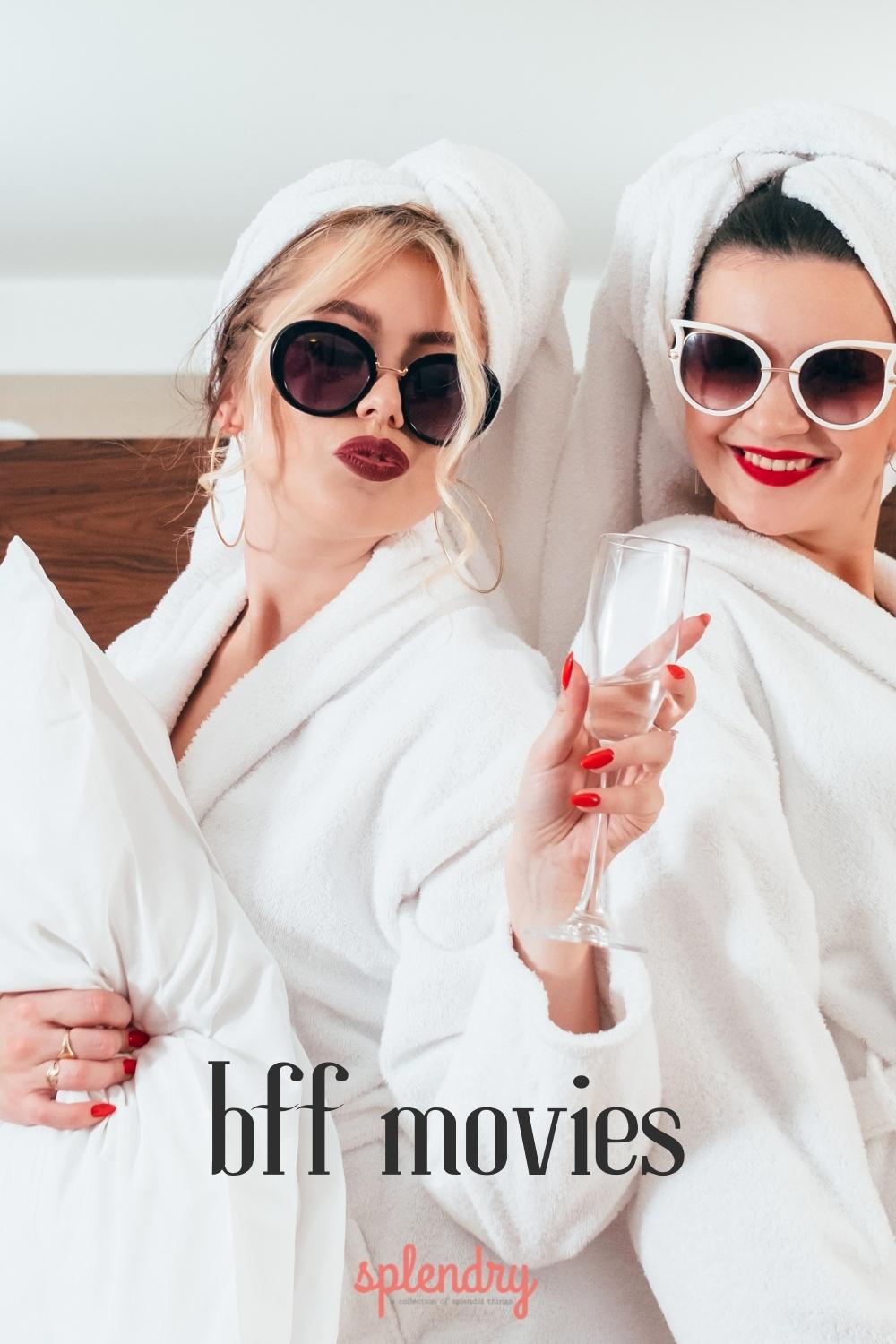 A classic on this list would be The Goonies, and it centers around a group of young friends who find a map and go off to find treasure! Released in 1985, it was based on a screenplay by Chris Columbus and on a story by Steven Spielberg.

Now & Then, from 1995, is a coming-of-age film that features Gaby Hoffmann, Demi Moore, Christina Ricci, Rosie O’Donnell, Thora Birch, Melanie Griffith, Ashleigh Aston Moore, and Rita Wilson; these actresses play child and adult versions of the main characters, as the tale follows them and their bond through the years.

BFFs who want a good scare should turn to It. This is a Stephen King story, and it was first released as a miniseries in 1990.

In 2017, a film adaptation came out, and it was followed by It Chapter Two in 2019. No matter which one is preferred or watched, The Losers Club will entertain audiences, putting true friendship on display. 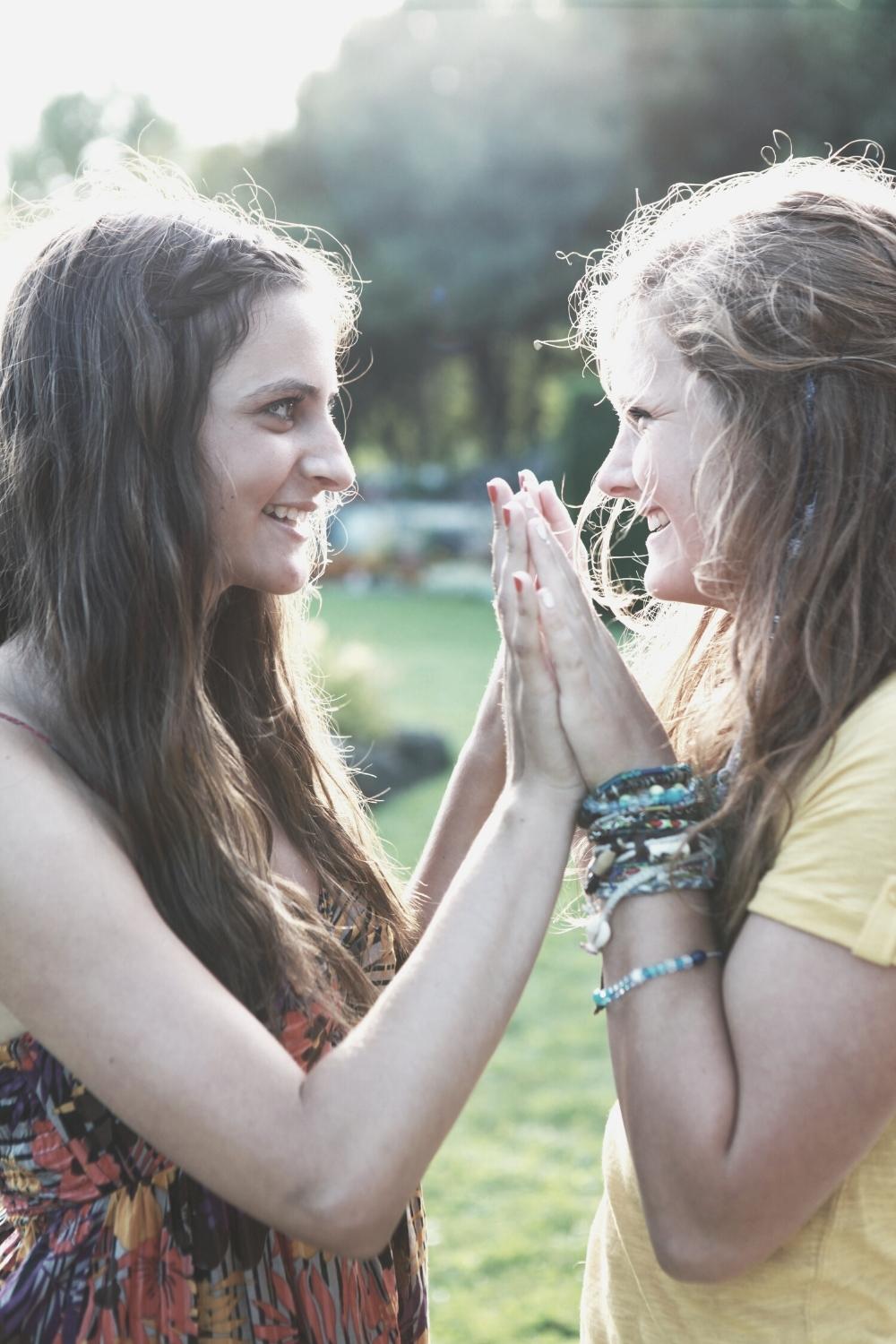 Next up is a comedic film series, The Hangover. There are three of these flicks, which were all released between 2009 and 2013.

Each installment features The Wolfpack getting into some sort of trouble, as these male buds have gone through a bachelor party, a missing friend, a kidnapping and more together!

Another film series for BFFs to consider is made up of Pitch Perfect (from 2012), Pitch Perfect 2 (from 2015) and Pitch Perfect 3 (from 2017). Starring people like Anna Kendrick, Rebel Wilson, Brittany Snow and Adam DeVine, these are perfect for musical-lovers and those who enjoy singing along while watching the television.

In 1991, Anna Chlumsky and Macaulay Culkin were in My Girl. And only buddies who want to cry should consider this suggestion, as (SPOILER ALERT!), its plot does incorporate death.

What makes it such a great movie, though, is the pure relationship that lasts on and on, despite anything and everything. 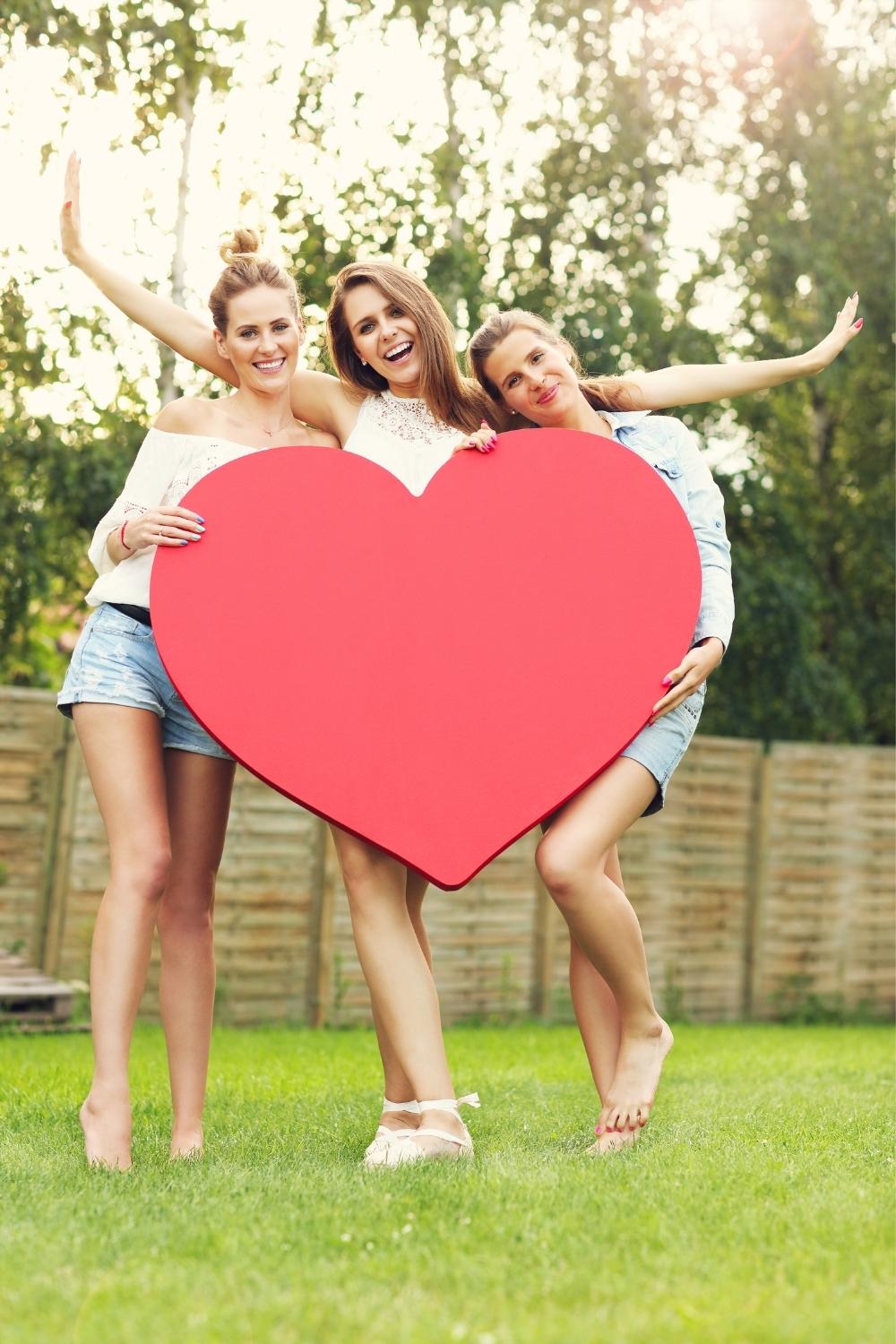 Remember the Titans came out in 2000, telling the true story of a football team that faced normal sports-related obstacles but that was also dealing with racial issues. Set in 1971, it is deep, dramatic, and darling, with characters who overcome, rely on one another, and become family.

10. The Sisterhood of the Traveling Pants

Finally, there is The Sisterhood of the Traveling Pants, and there are a couple of these movies, which are based on a book series. The first one released in 2005, starring Alexis Bledel, Amber Tamblyn, Blake Lively and America Ferrera.

The Sisterhood of the Traveling Pants 2 came out in 2008, and a movie based on Sisterhood Everlasting has been announced. As the title suggests, this feel-good story follows the ups and downs of a sisterhood.

What are your favorite “best friend movies” to watch?