It’s that time! Get yourself (and maybe the family) ready for a great year with these back to school movies!

Sharpened pencils and fresh notebooks. Packed lunches. Schedules full of extracurricular activities. The perfect outfit for the first day. Yes, it is that time of the year again, as teachers and students are heading back to school.

For some, leaving home to go sit and learn all day can be scary or stressful, especially if it is a child’s first year. Others dread trading in days at the pool and in front of the TV for homework and tests. And during the events of the past year and a half, virtual learning took some adjusting from everyone involved.

To help ease any tension and to get everyone excited about a new school year, consider watching a school-themed movie, such as one of the five below! 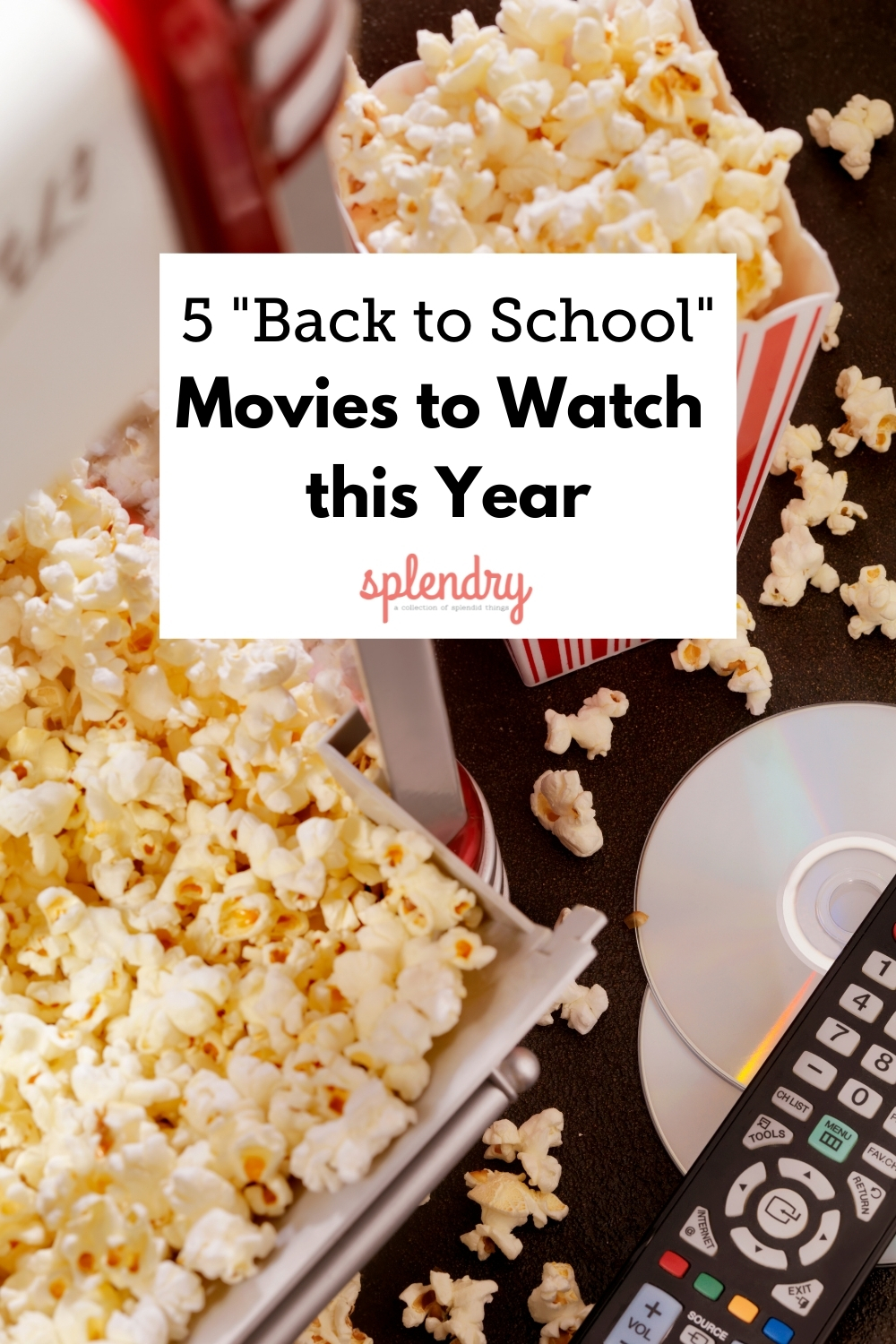 Described as a modern-day Romeo & Juliet, High School Musical came out in 2006, followed by a sequel in 2007 and a third installment in 2008. Stars like Zac Efron, Vanessa Hudgens, Corbin Bleu and Ashley Tisdale play characters involved in their school’s musical, meaning that this Disney Channel Original Movie is full of songs that everyone will be singing, all while getting pumped up for a return to activities and friends.

2. To Relive Your Childhood, Watch Bring It On

Many grew up watching and rewatching Bring It On and/or being cheerleaders themselves. That being said, another suggestion is this comedy flick from the year 2000. It features Kirsten Dunst, Eliza Dushku and Gabrielle Union, and it focuses on a cheer squad preparing for competition.

Bring It On was followed by five direct-to-video sequels, and a Halloween-themed movie for this franchise is even being planned for a release on Syfy next year. These don’t have the original cast, though, so maybe just stick to the original, with “T-T-T-Torrance, your captain Torrance” and the “mighty, mighty Toros.”

While High School Musical has Romeo & Juliet vibes, 10 Things I Hate About You is an adaptation of The Taming of the Shrew. In it, Heath Ledger portrays bad boy Patrick, while Julia Stiles is nonconforming feminist Kat. The story, the scene in the bleachers, the poem … This one, from 1999, is a good one.

A good way to motivate everyone, especially at the start of another school year, is with a sports film. One in particular, from 2004, is Friday Night Lights, which focuses on a high school football team in Odessa, Texas. Inspired by real life, this drama is based on the book Friday Night Lights: A Town, a Team, and a Dream and was followed by a television series of the same name.

Friday Night Lights stars actors like Billy Bob Thornton and Tim McGraw and is regarded as one of the best sports movies of all time.

5. For A New Outlook On Life, Watch The Breakfast Club

Finally, there is The Breakfast Club. This coming-of-age suggestion was released in 1985, thanks to John Hughes. It showcases Emilio Estevez, Anthony Michael Hall, Judd Nelson, Molly Ringwald and Ally Sheedy as teenagers who are in detention, who are all in different cliques within their high school and who have their eyes, minds and hearts opened, after learning about one another on this eventful Saturday.

What back to school movie is your favorite?