This post is sponsored by Chuckle & Roar, all opinions are the author’s.

When it comes to family holiday gatherings there are a few must-haves, in my book:

I’ve always loved playing games (I *might* have the tiniest competitive streak!) and I love that my nephews are always up for games too. (I’m really hoping my toddler also got the “game gene”.)

We’ve played many rounds of cards and board games over the years but I thought it was time for a few new additions to the family game collection. Which means I was more than a little excited to see the Chuckle & Roar line, sold exclusively at Target.

Chuckle & Roar for Kids of All Ages!

Chuckle & Roar makes puzzles and games for kids that are easy and fun to play, and bonus, they’re really affordable too! If your family loves a good game night, there are some new ones you’ll want to add to your collection!

I grabbed some puzzles and games from this new line to play with at Thanksgiving this year (what’s a family gathering without some games?!) and we had a blast! 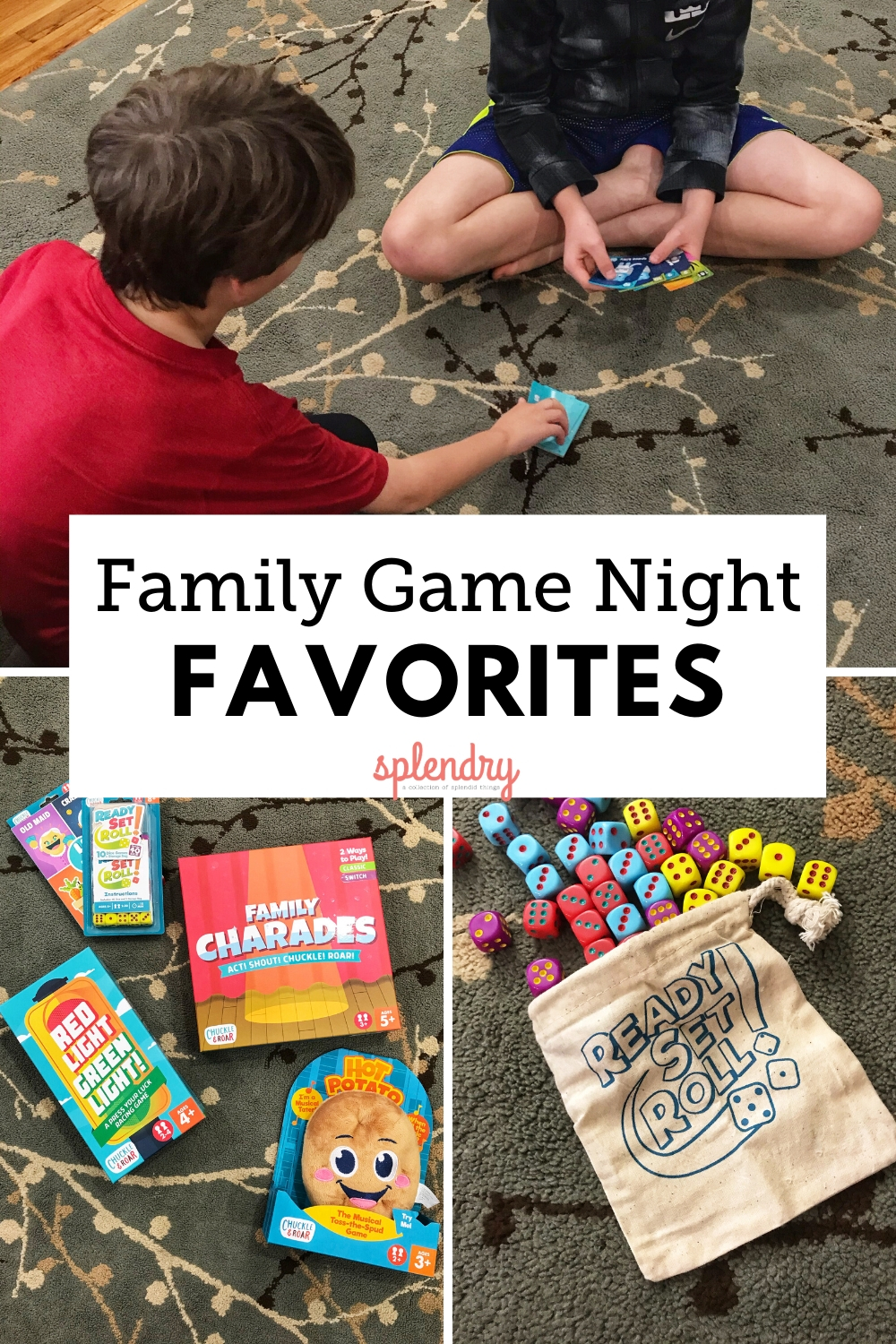 These games are perfect to introduce kids to the games you played growing up, with some fun updates! Old Maid, Crazy 8’s, Rock, Paper, Scissors, jigsaw puzzles and so many others that you’ll enjoy just as much as the kids will!

There are fun puzzles and games for all ages from little ones on up. I bought my toddler a set of puzzles that will be perfect as he starts to learn his letters and numbers. 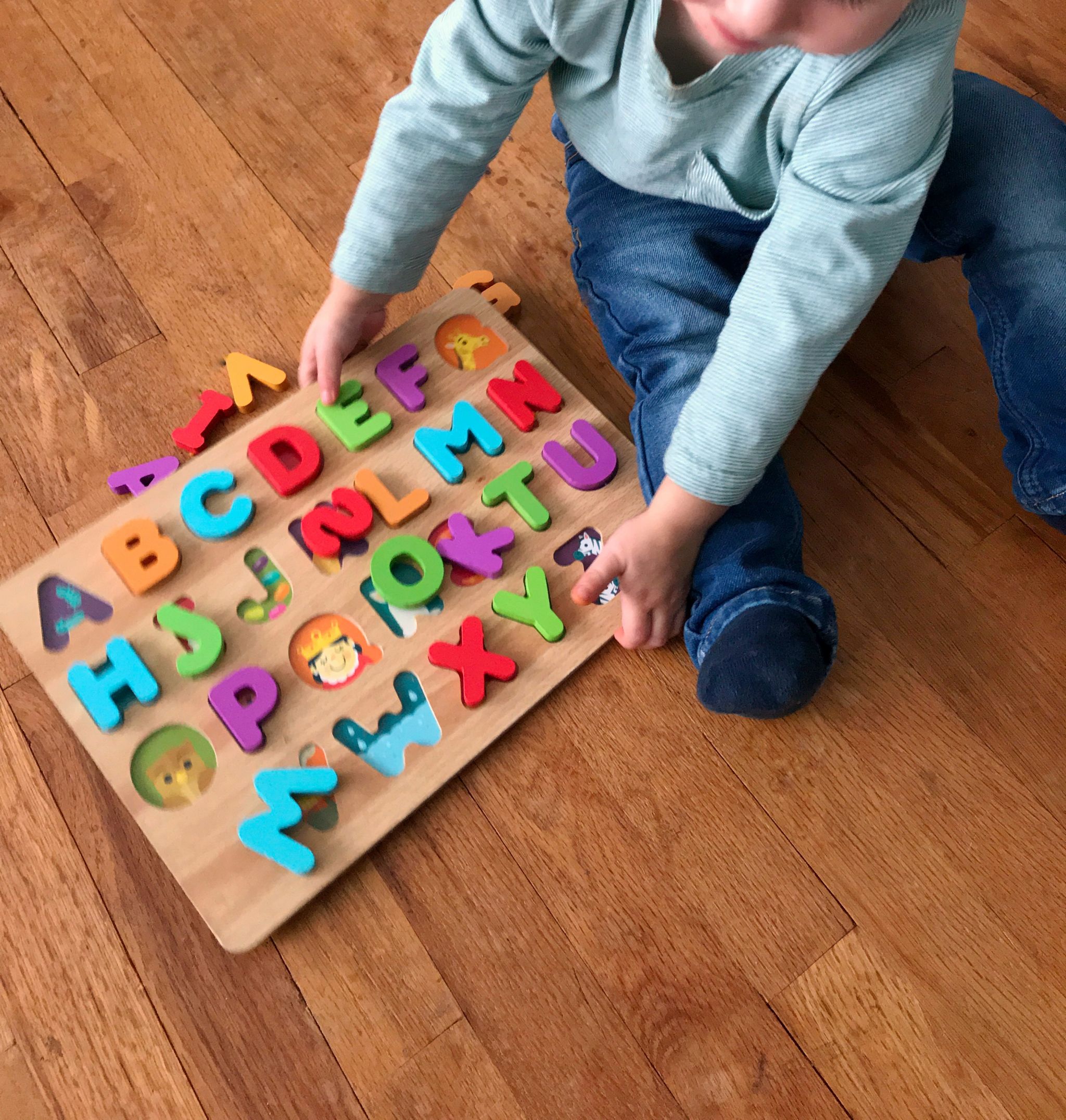 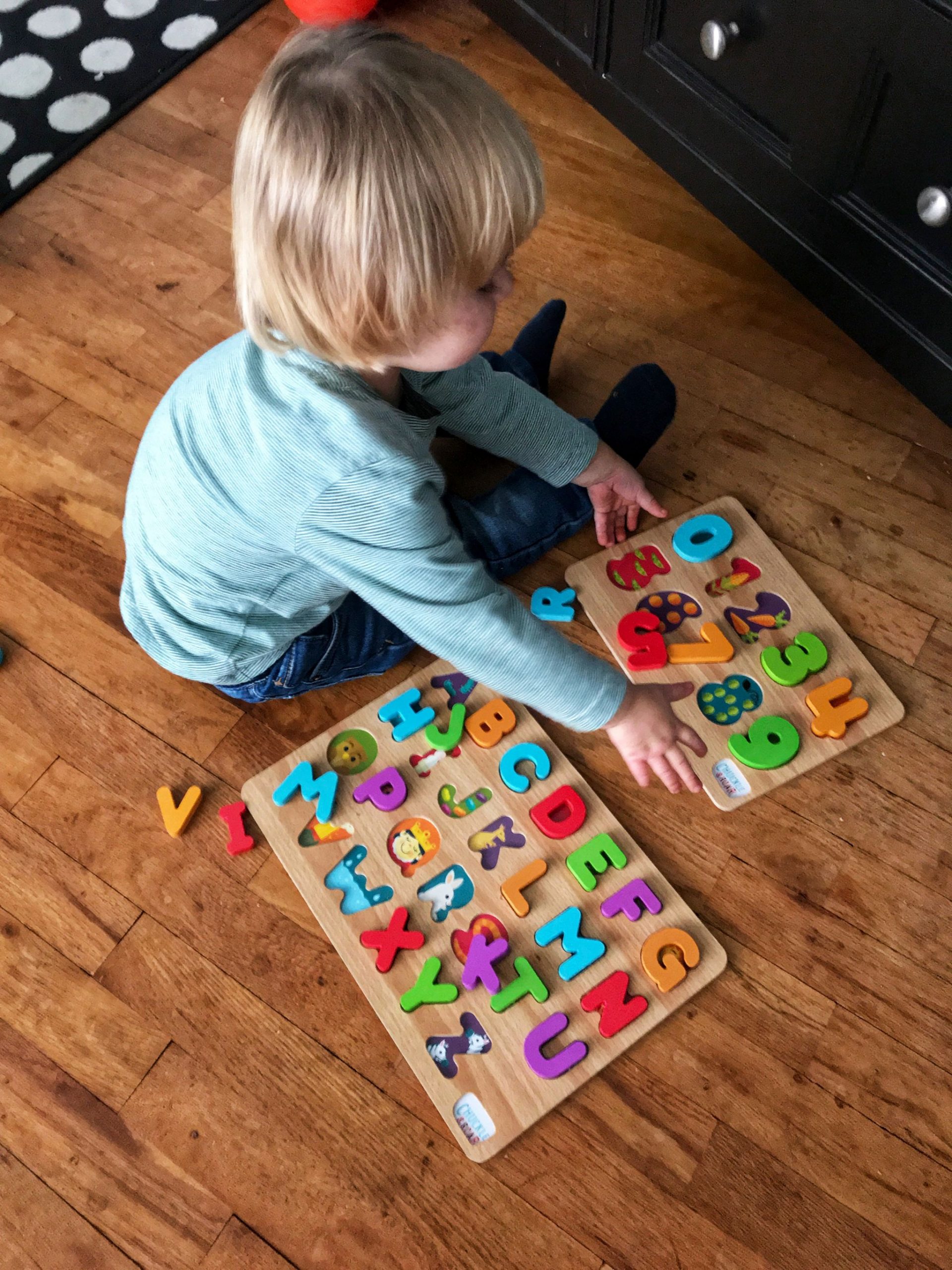 He also really enjoyed playing Hot Potato with his cousins and aunt and uncle. Isn’t that a cute little potato?? 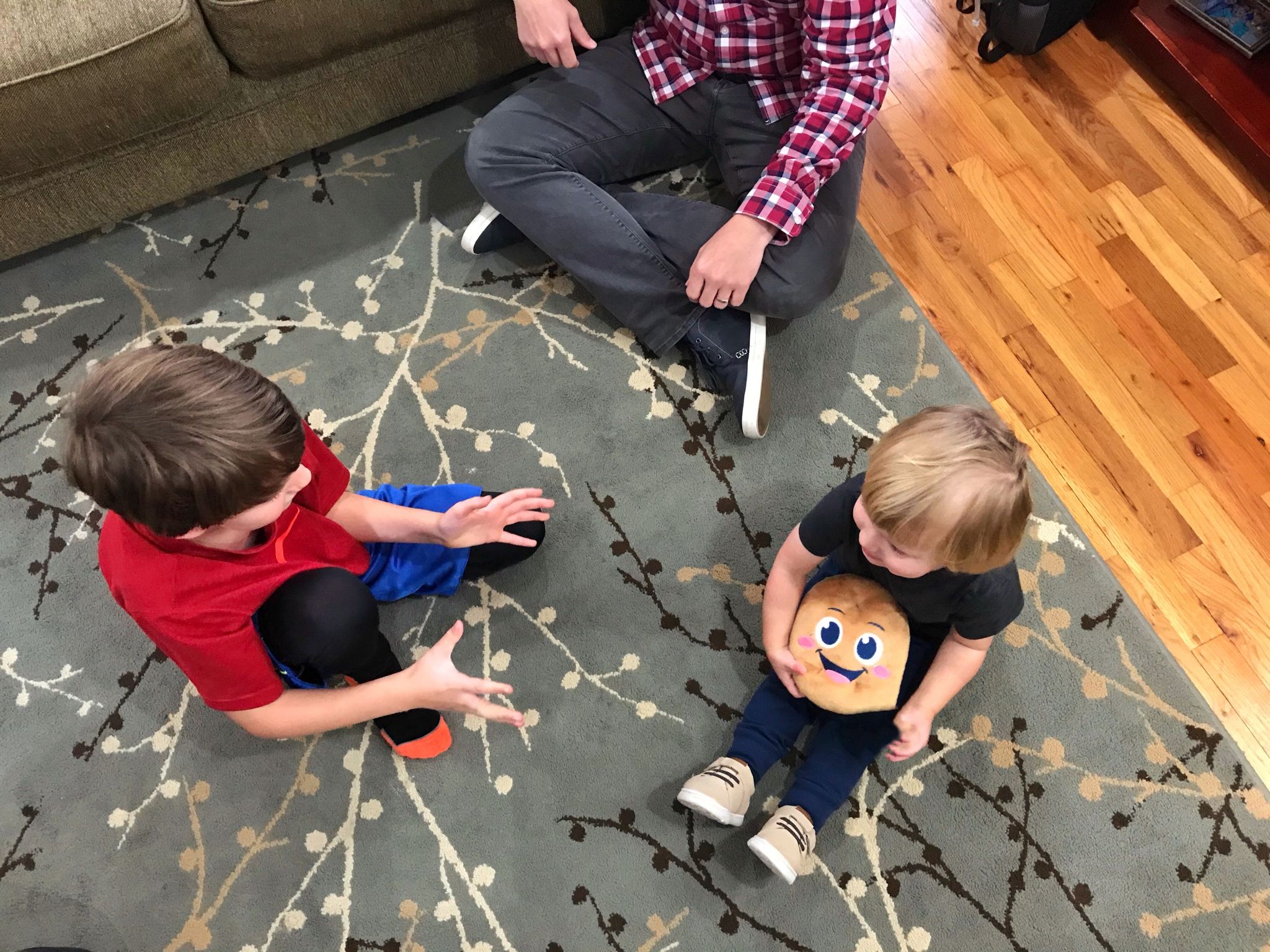 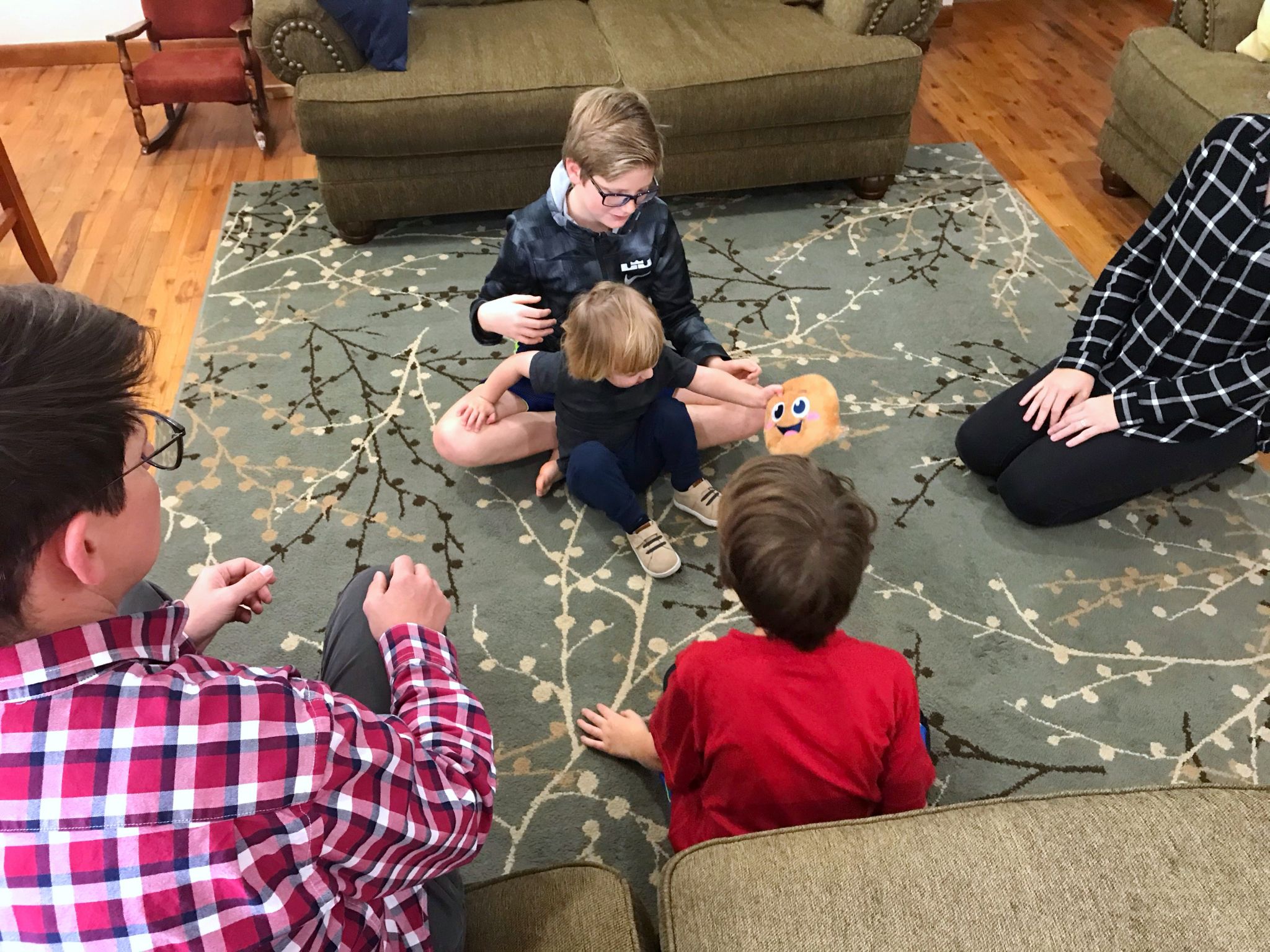 This game combined some of my son’s favorite things, music and playing catch! 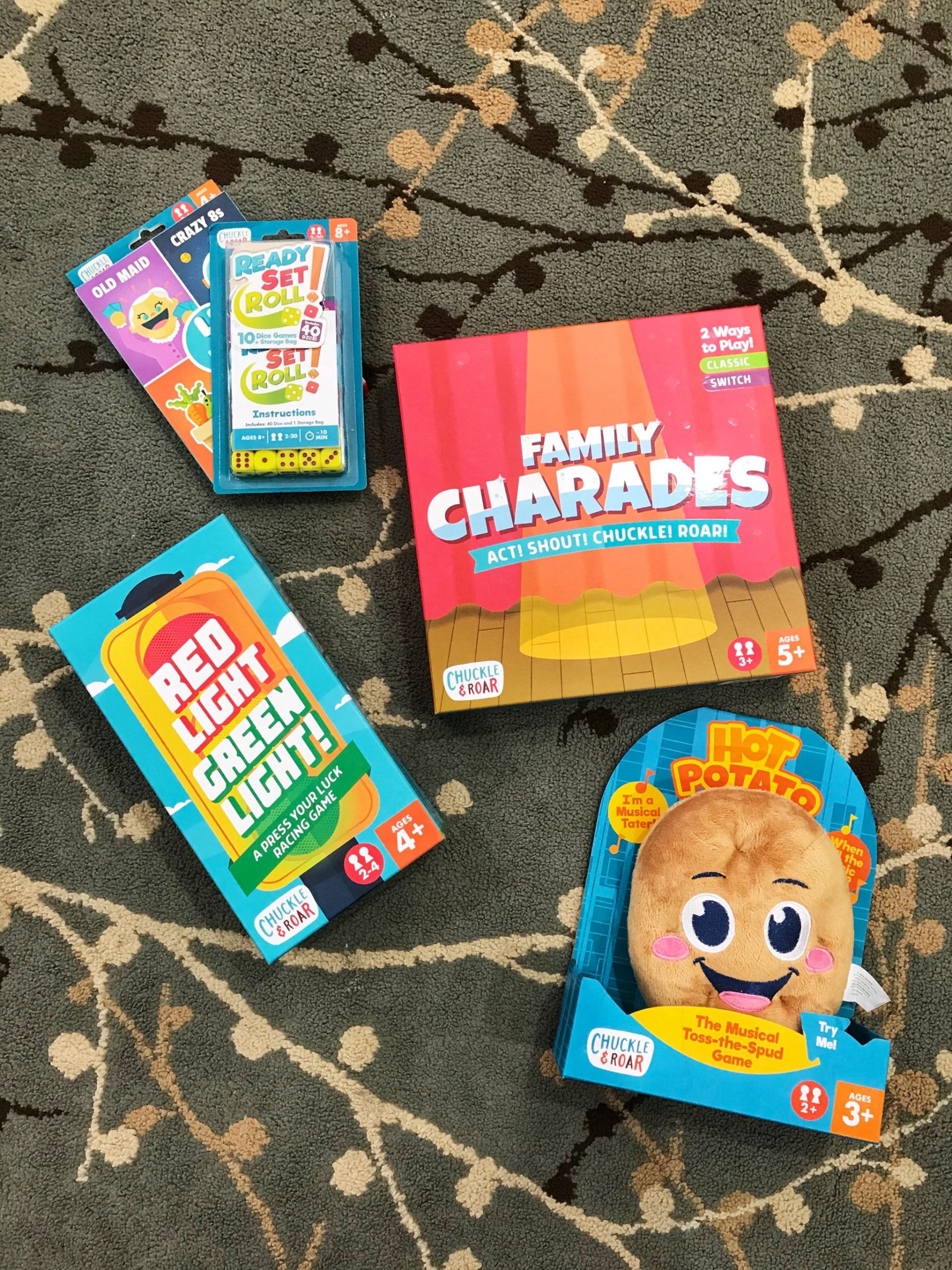 My nephews, ages 8 and 10, and I have always loved playing games together so it was great to have some new ones to play. There was an exciting game of Crazy 8s, some new dice games we hadn’t played before and a game of Red Light, Green Light which let them also decorate their car game pieces. 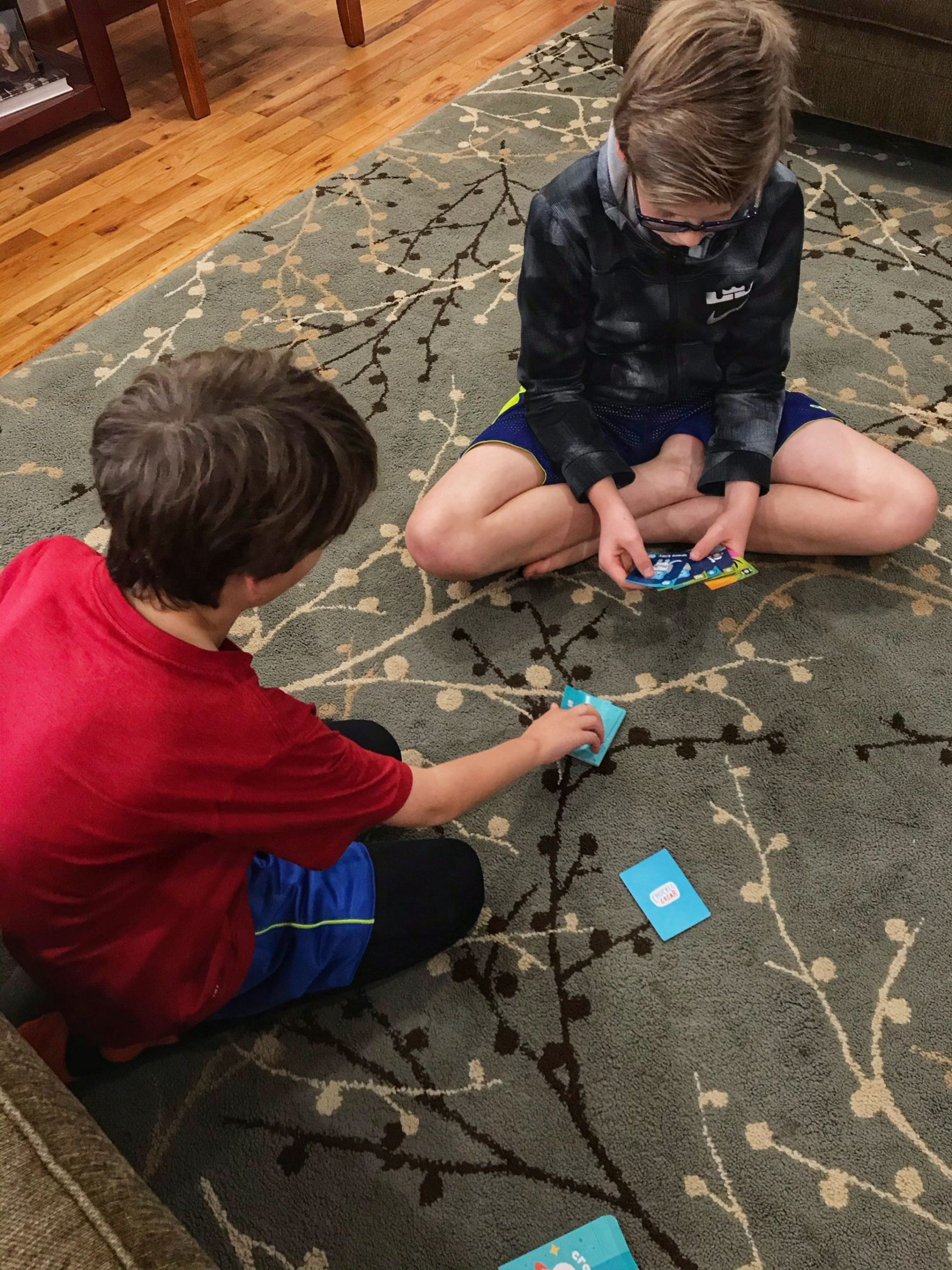 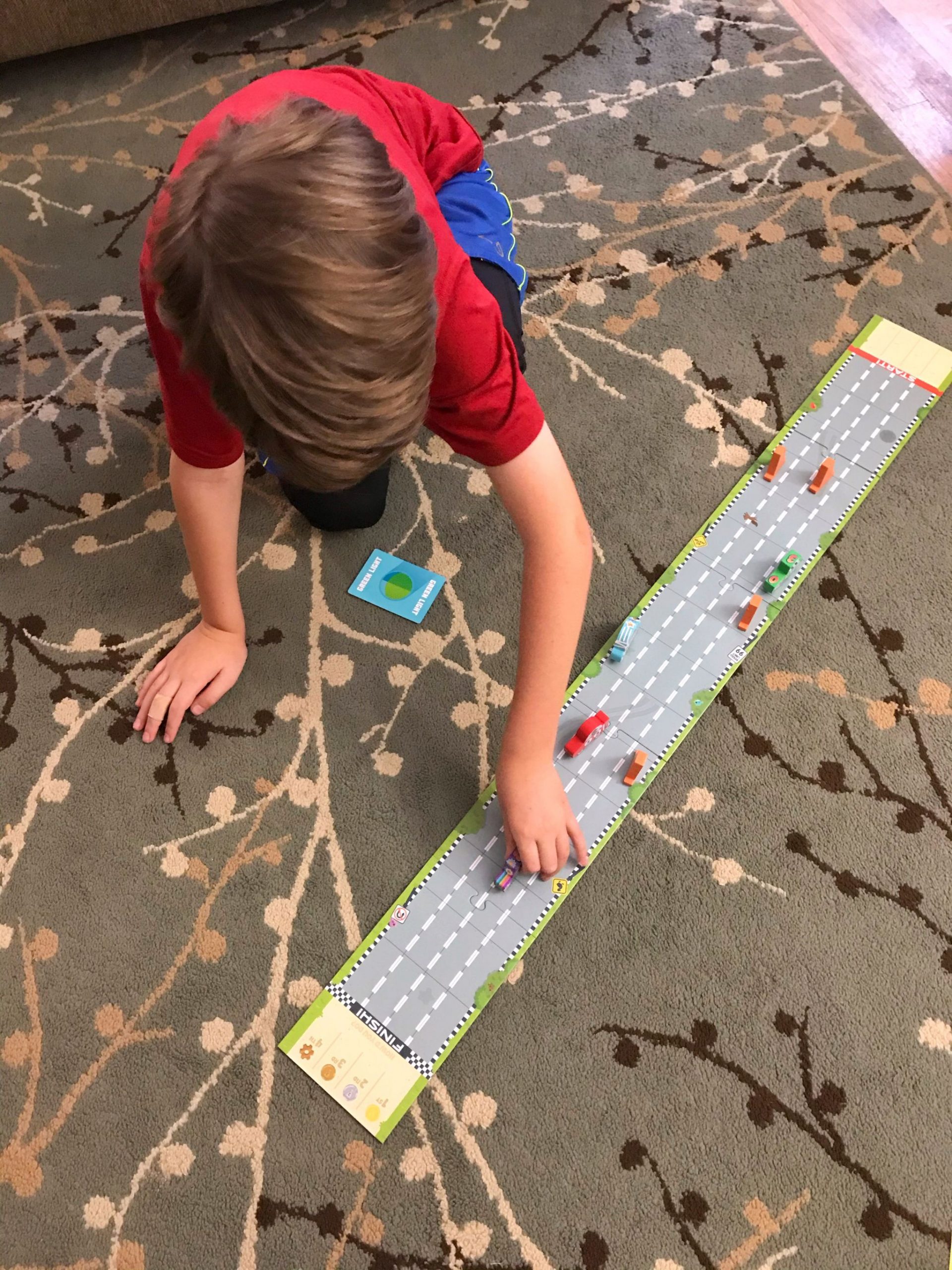 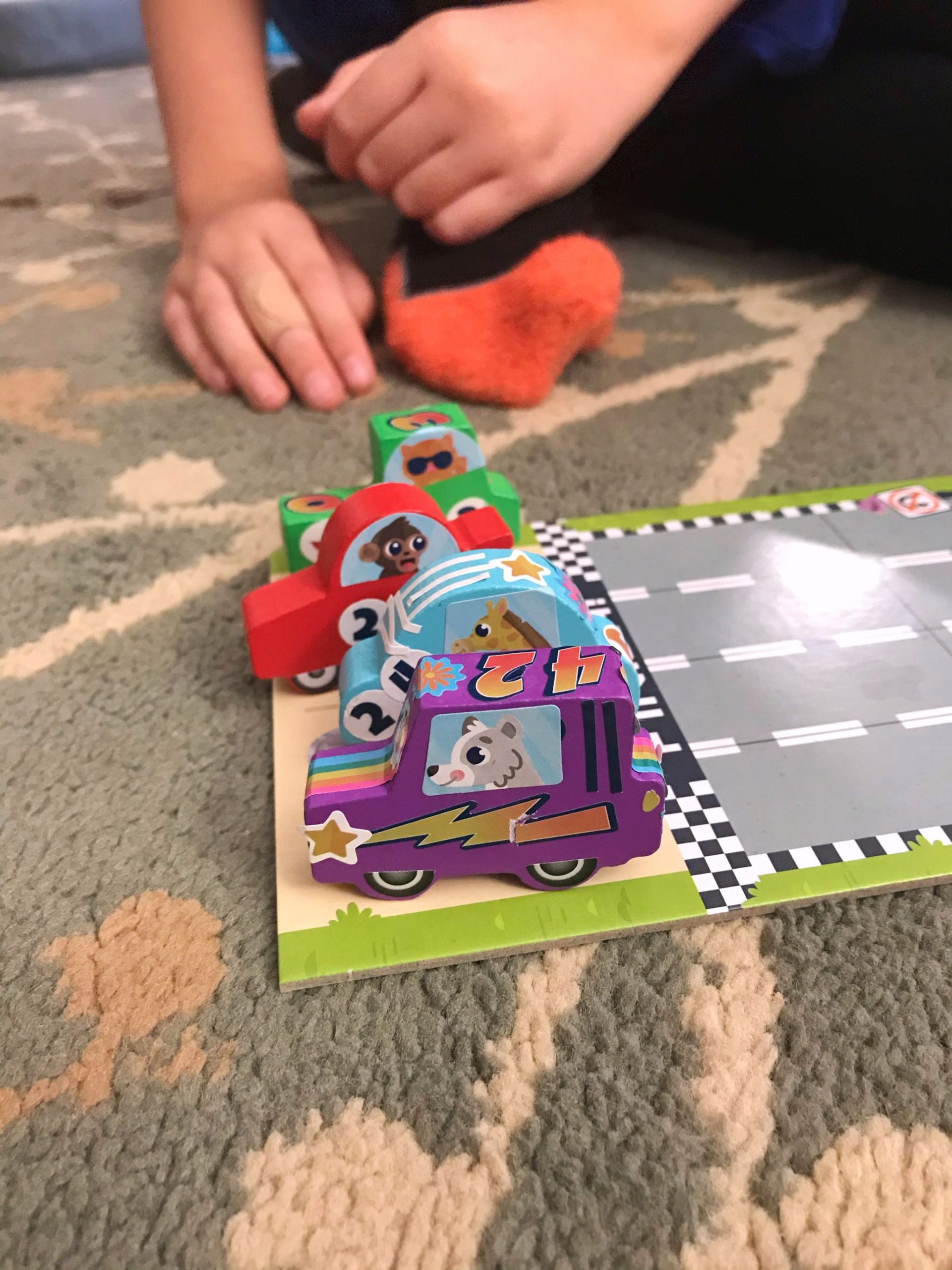 The dice game is a 10-games-in-1 set, which meant lots of options for games of speed and strategy and they were all super fast to learn. 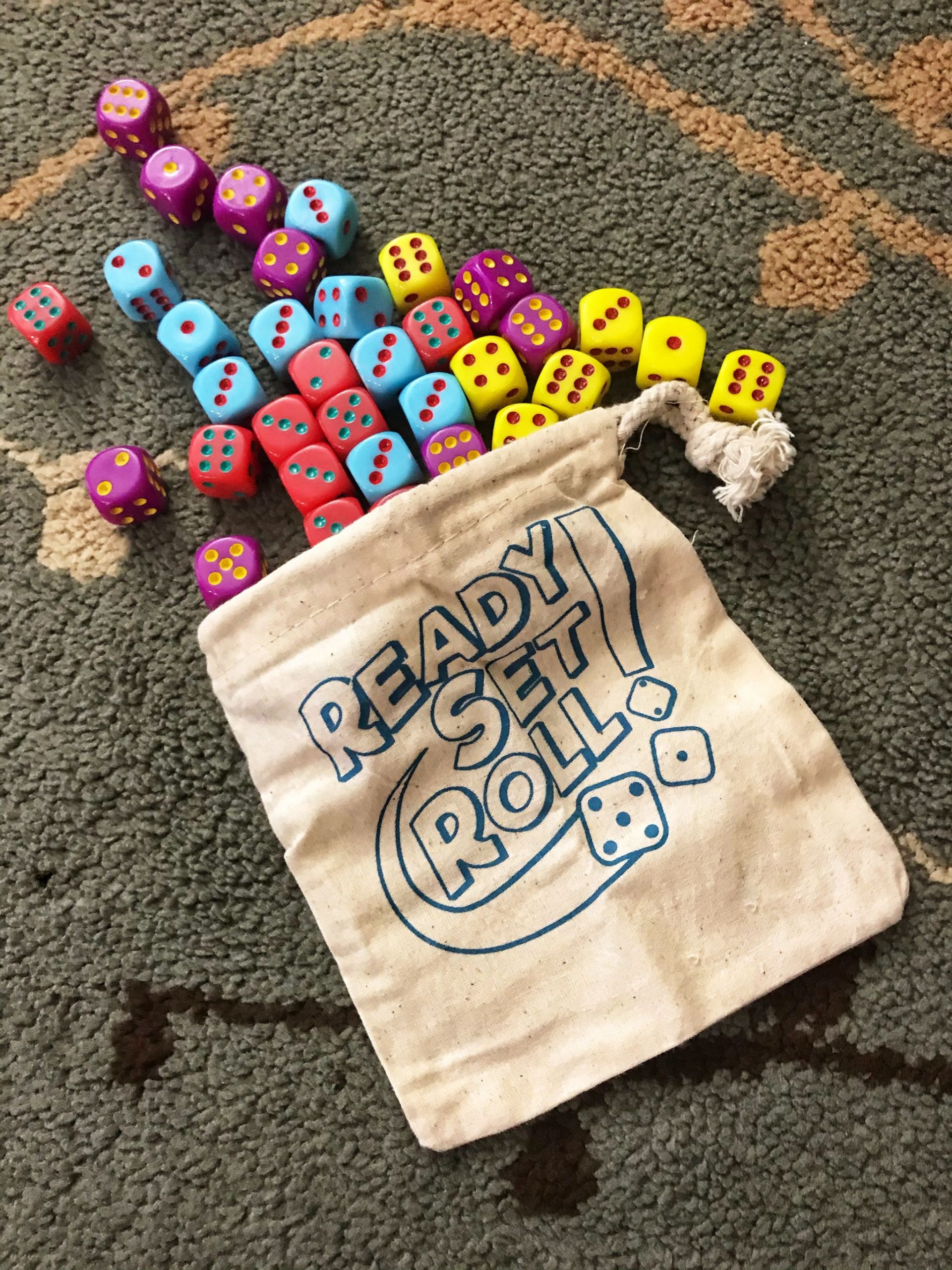 We ended the afternoon with an epic game of charades and had a lot of laughs with this one! There are two ways to play this one, the classic version we all know, and a fun group acting game called Switch Charades. Both were fun and hilarious, as expected! 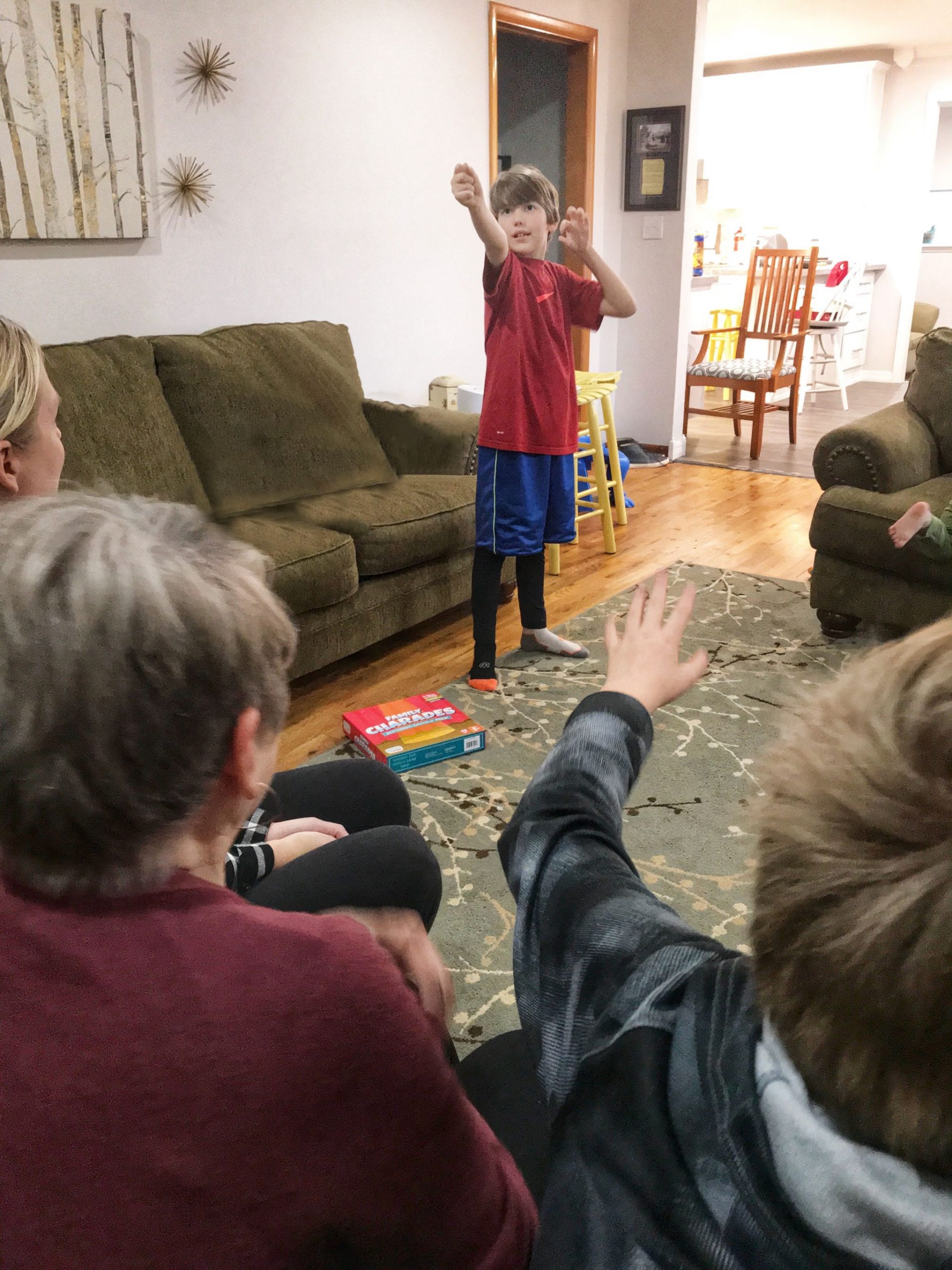 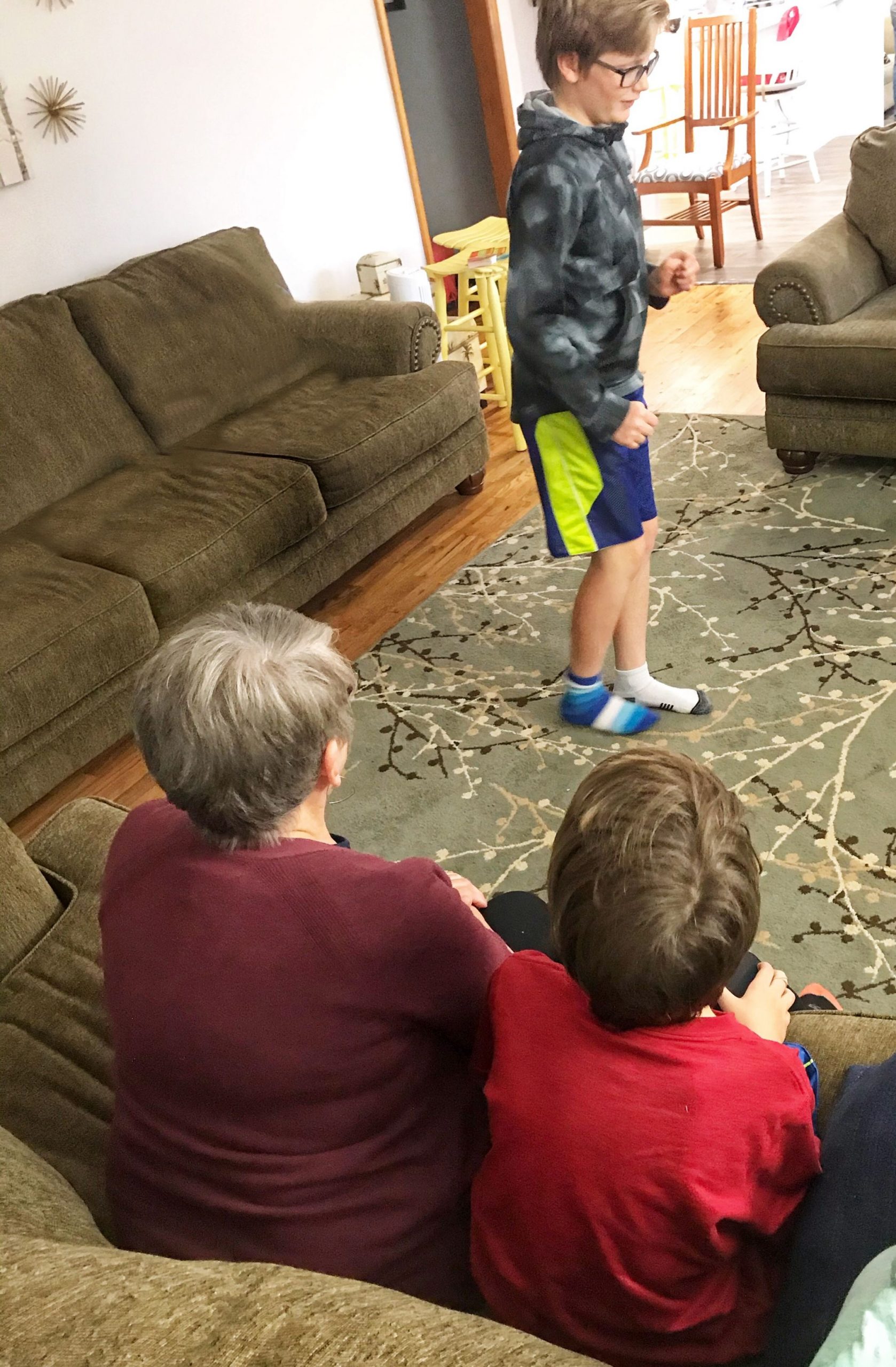 I’d say these Chuckle & Roar games and puzzles were a hit and know we’ll be pulling them out for Christmas Eve fun too. This is just a small selection from their line too, make sure you check out the full collection, available at Target!