If you’re lucky (or unlucky?) enough to be getting in some extra good old quality time with the other members of your familial unit then you might be trying to figure out some fun and engaging family activities other than Family Feud. While I’m always game for a movie night sometimes I want something with a little bit more face to face interaction.

Here are my top 5 games (and two honorable mentions) to play with the family. Some of the criteria I was looking at: playtime, complexity, required number of players, repetition, and overall fun.

These games are usually games that can be played for around an hour (either they don’t get boring after doing several rounds, or one session lasts that long), but will not take up the entire evening. They are sufficiently complex to be engaging for older family members (looking at the picky teens in the audience, since I am one), as well as simple enough for those who don’t want to invest the mental energy into a large set of rules.

They should also be able to be played multiple times (perhaps not back to back) without seeming overly boring and repetitive. Finally, for maximum use they should be able to be used with anywhere between 2-6 players.

5 Must-Haves for Board Game Night 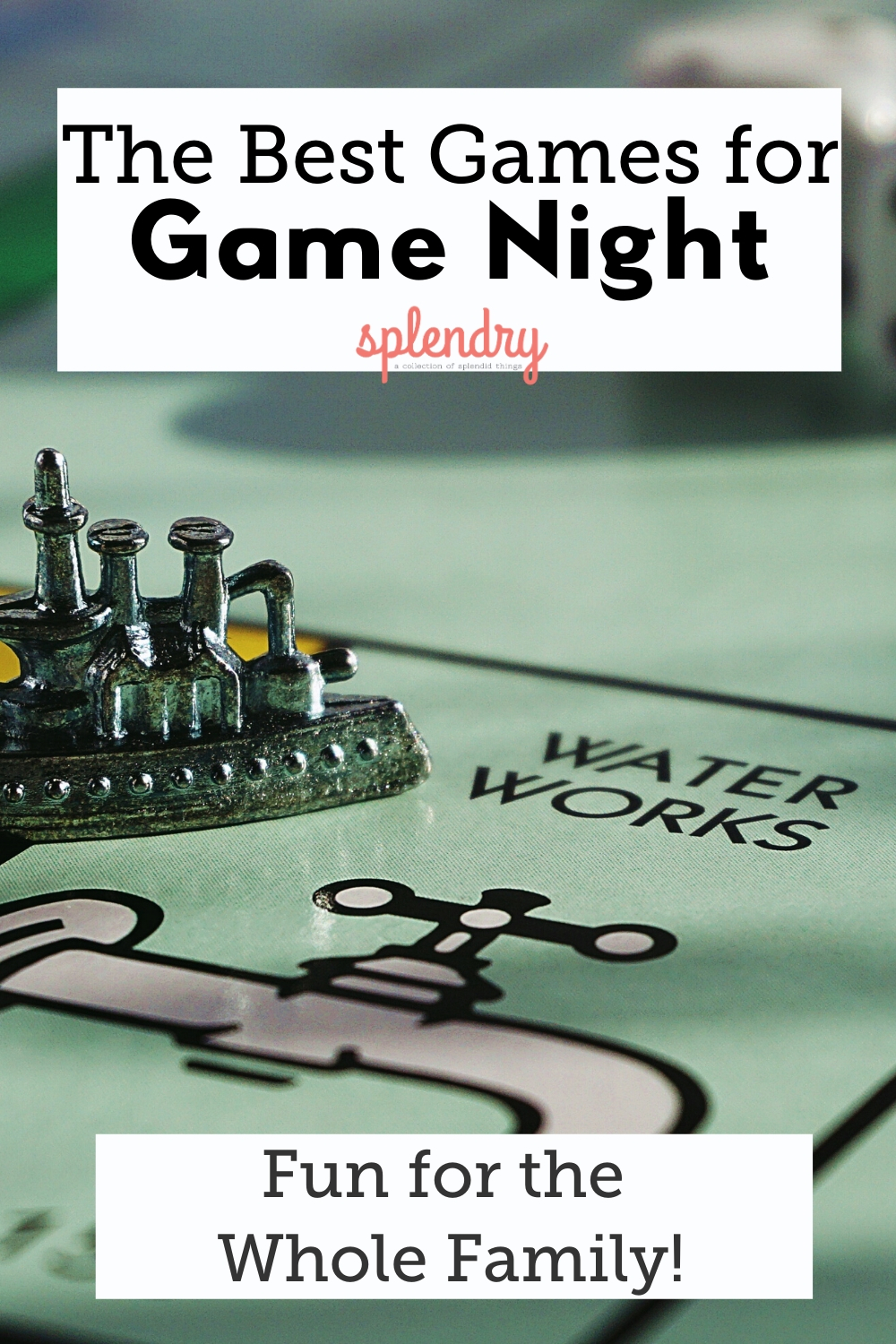 Bananagrams can be a fun way to build vocabulary, although it will probably not be suitable for the extremely young. The rules are simple, and it can be played extremely competitively or collaboratively to equal amounts of enjoyment.

Elements of luck make the game diverse and varied (I have yet to repeat an entire set or have the exact same set of letters at the end), and the structure rewards skill. There are many paths to victory, and it can even be played solo.

An old classic, the latest versions of monopoly have an alternate set up and starting rules which reduce playtime to an hour, and it can also be played with a far longer run time. The varied properties and element of luck add in variety, but there is still plenty of room for strategy, collaboration, and betrayal.

Minionopoly features smaller bills and a different spinning mechanism making it enjoyable for younger players. If you find the old monopoly set lacking in appeal a variety of different themed boards with similar rules can be obtained which can garner some added enthusiasm.

Another classic for a board game night, for overly cautious players the playtime can be extended, and the version my family has even has another location (as if the mansion wasn’t enough). Picking characters is fun, and the answer is almost always different which gives an added layer of intrigue to the game even though the rules remain straightforward and constant.

While the strategy may prove to be a little bit tiring the rewards are great, there’s a murderer on the loose after all. It is also a great segue into the movie Clue, as well as Knives Out (not for younger audiences).

Similar to risk, Catan encourages both competition and cooperation. While its rules may seem complex at first glance actual gameplay once the game has been started is much more straightforward (I was able to have a reasonably fun game with a group of people, none of whom had played before).

Its playtime can become longer than the other games, but if you’re looking for something slightly longer involving a bit more strategy then this would make a great addition to throw in every once in a while.

Last, but definitely not least is Charades, Pictionary, Taboo and all its variations. First of all this game is straight fun and hilarity. It’s extremely versatile and if you’re dedicated enough to come up with your own deck then it doubles the fun.

In addition to this the sheer variation and different ways to access the game make it worth putting down. Gestures, Pictionary, Taboo, Heads Up (on the phone), theme decks, as well as simply having the opposing team determining what is drawn, acted out, or described.

Going to admit I’ve spent hours playing Apples to Apples, Bubble Talk (personal favorite), and other games like them, however I will admit that I personally get bored playing them several nights in a row. My recommendation is to add this in for a bit of fun every few game nights or when you’re in the mood not to wear it out too quickly.

However, the games themselves are hilarious and boatloads of fun so if you’re looking for some solid games that everyone can enjoy with simple mechanics and a flexible game time (just choose a different number of cards to acquire to determine the winner) then this just might fit the ticket!

While I’ve heard nothing but good things from those who have played this, in theory it sounds like a game I’d love to play, and the reviews are outstanding I haven’t had the chance to play it.

Munchkins is a game that mirrors the objectives of a tabletop roleplay dungeon crawl (beat up the bad guy, steal the treasure, explore the dungeon) it eliminates the tricky roleplay bit, and pares it down to a card game with straightforward mechanics. I would highly suggest checking it out and seeing if it might be up your alley, but can’t say that I’ve tried it myself.

When it’s time for a board game night, what are your favorite games to play? And if you’re looking for some ways to have a virtual game night with friends, we’ve got ideas for that too!

Shea Li is a student who has 2 horses, 2 dogs, 1 sugar glider, and a huge love of animals. She writes, rides a little, watches movies, plays League of Legends, and spends way too much time thinking about philosophy she doesn't understand.