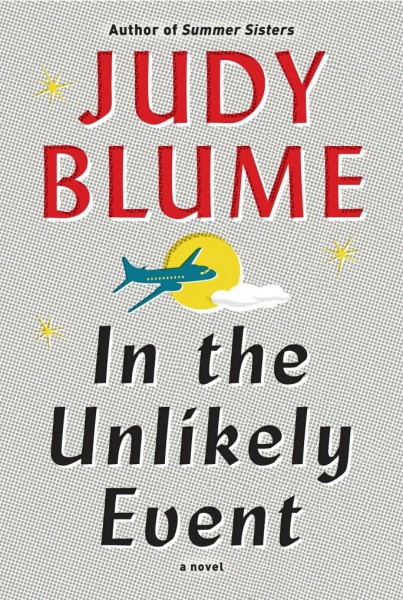 Judy Blume has made a career out of writing coming of age stories about teen girls, but her latest novel has a much more personal inspiration. When Blume was in junior high in the early 1950’s she found herself in the middle of an impossible tragedy.  In less than two months, three airplanes crashed into the middle of her hometown of Elizabeth, New Jersey with devastating consequences. Rumors ran wild; were aliens invading, was it Communists, was it sabotage?

In the Unlikely Event  weaves the fictional lives of the residents of Elizabeth, suddenly nicknamed “Plane Crash City,” around this real life tragedy. The story primarily focuses on a young teen girl named Miri, whose entry into adulthood coincides with the unraveling of her picture perfect 50’s town.

In the Unlikely Event has a dramatic background, but it’s still classic Judy Blume. Young people figuring out that the adults in their lives aren’t perfect, and that growing up can be scary even when planes aren’t dropping around you. Since you’ve never heard of aliens invading New Jersey, I don’t think it’s a spoiler to say that this isn’t a book with a huge dramatic reveal. Sometimes bad things happen, and those things can affect the lives of ordinary people forever.

I think it goes without saying that you may not want to read this one on the plane this summer, pick a location solidly on the ground.