Need a new book series to curl up with as the weather begins to turn slightly cooler?  I highly recommend the Grisha Trilogy by Leigh Bardugo.

Alina and Mal grew up together with other orphans on the estate of a wealthy benefactor. They have always done everything together including joining up to fight in the wars that plague their country of Ravka. They are best friends but Alina’s feelings for Mal run much deeper than he realizes. In the heat of battle Alina risks her life to save Mal’s while simultaneously revealing that she possesses an immense hidden power. She is immediately whisked away into the privileged but dangerous world of the Grisha, a warrior class of Ravkans who use their powers in the service of their country and their powerful leader, the Darkling. 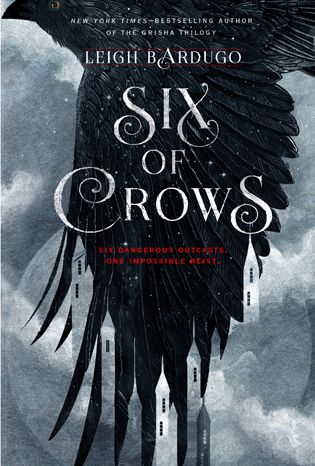 There are about a billion young adult fantasy series out there and a lot of them are not that great. Leigh Bardugo has managed to create an entirely believable fantasy world that is grounded in familiar aspects of cultures we recognize. Each book in the series, including the fantastic sequel Six of Crows, is filled with great characters and does not disappoint. The next book Crooked Kingdom comes out on Sept. 26th so you are just in time to start getting caught up on a truly satisfying series.

this book sounds good. I love a good read and this one caught my eye. Thanks for letting me know about it.