Do you know the name of every Star Wars character and their lines from the original movies? Do you hum the Star War theme song in the shower? In the car? In your sleep???

Do you have every lightsaber toy ever made? Do you use said lightsabers for 57 battles in your living room, or front yard, or park, or grocery store, or anywhere and everywhere? Every. Single. Day?? Then you must also have a young son. Or, in my case, young sons.

So, when it came time for my boys’ joint birthday I didn’t even have to ask what they wanted as a theme. And, being that you can find supplies literally ANYWHERE this was going to be easy, but also fun.
My oldest was also getting into Legos at the time, so we went for the Lego Star Wars as a bonus. 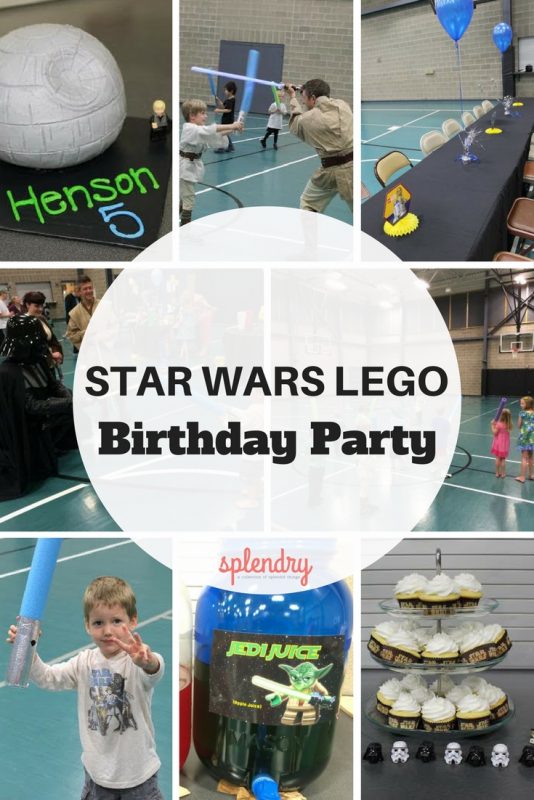 Here are some highlights of how we put together our Star Wars Lego party:
First, a couple of husband-made signs for each boy’s gift table. We later hung these in their rooms. 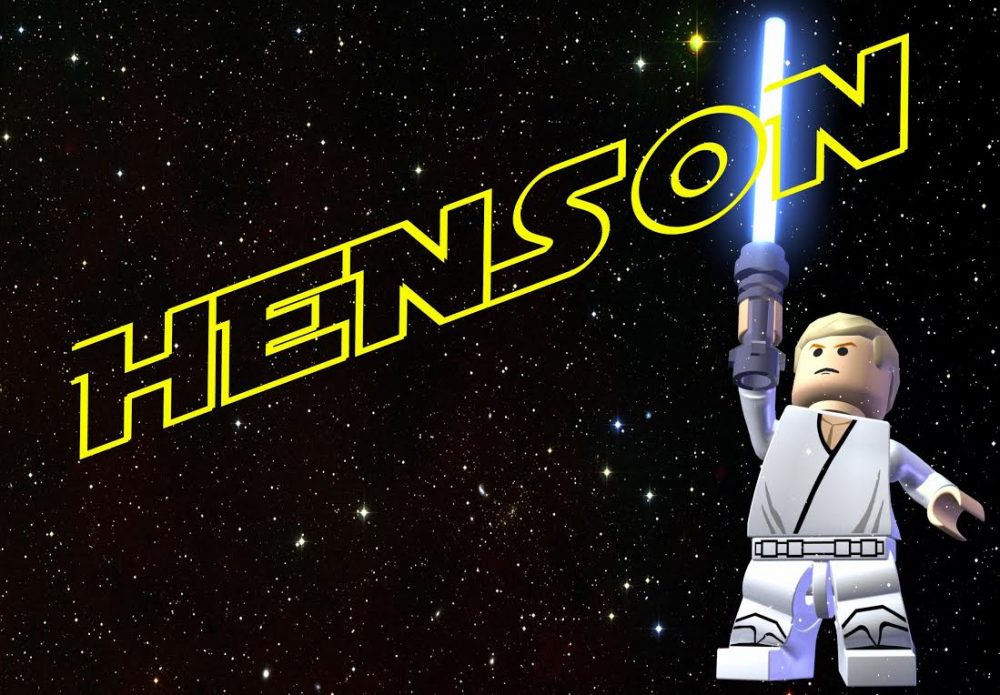 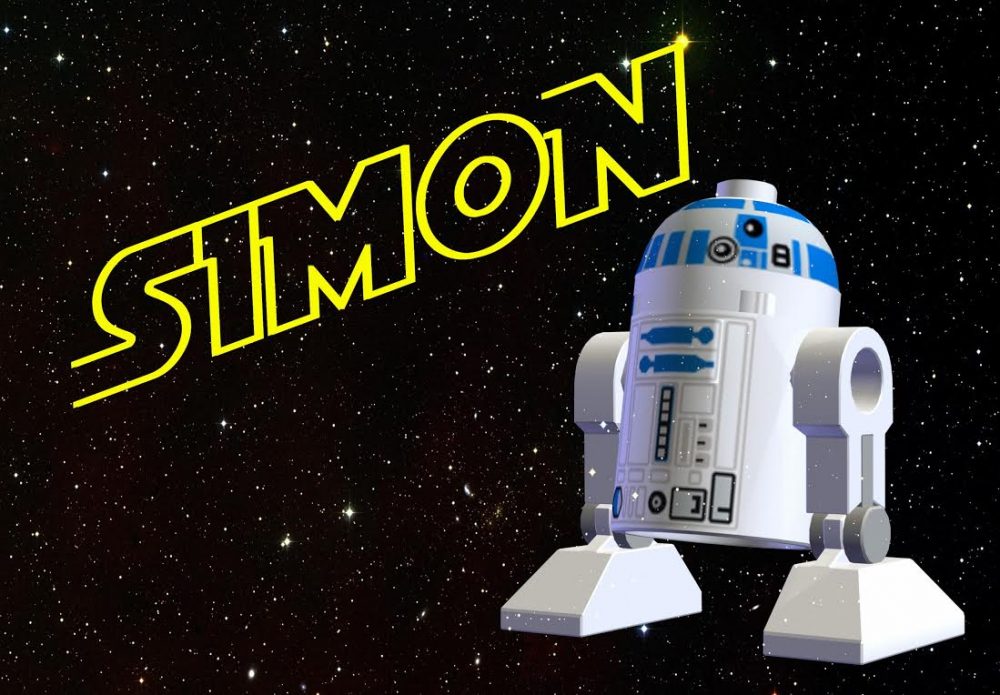 We had the party at our church gymnasium so that we would have plenty of space without having to worry about the unpredictable April weather in Oklahoma. 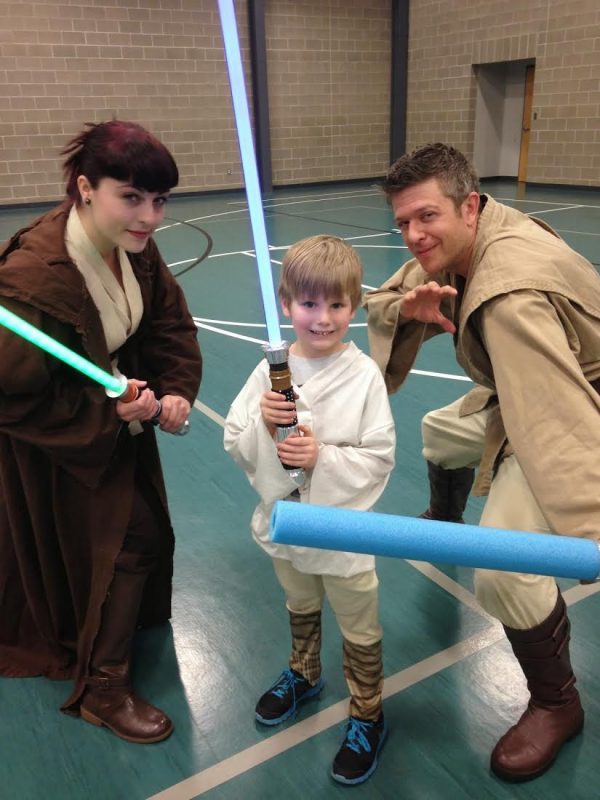 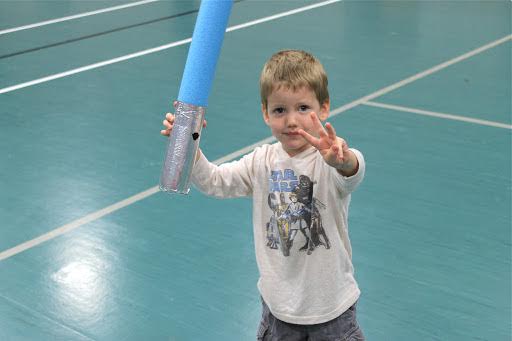 My husband just happened to have a connection with a local Star Wars fan club group, Jedi OKC, from a previous event, so we asked them to come to the party in costume to “train” our little Jedis and their friends. This was such a blast!! 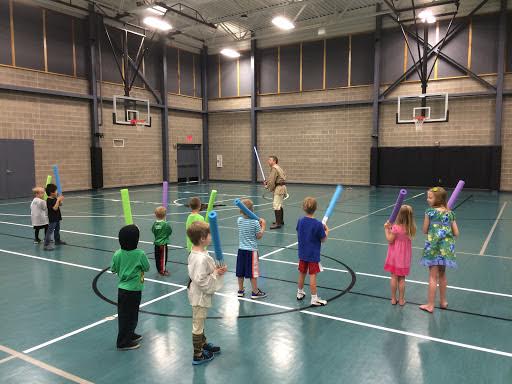 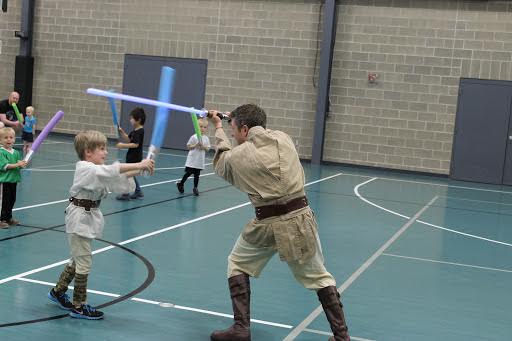 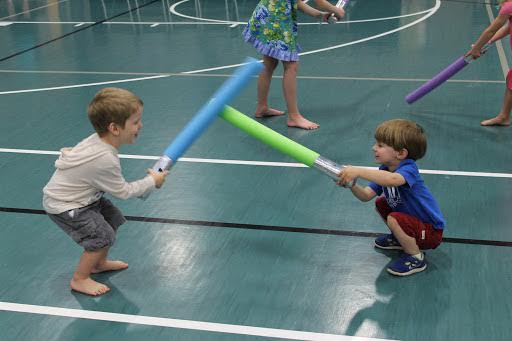 We made each kid a lightsaber from pool noodles and duct tape to train without getting hurt. (example tutorial HERE)

The kids were given some basic training moves as a group. Then they each battled the ominous Darth Vader and defeated the Dark Side. 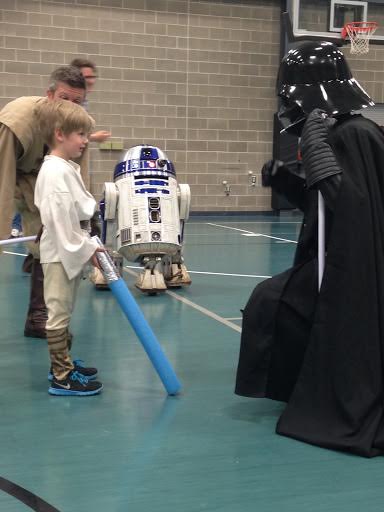 And, yes, that is R2-D2 in the background. He was wired to play music, so he doubled as the DJ!
We celebrated the conquer with two awesome Death Star cakes (and destroying those too!) made by Sea Pearl Sweets. 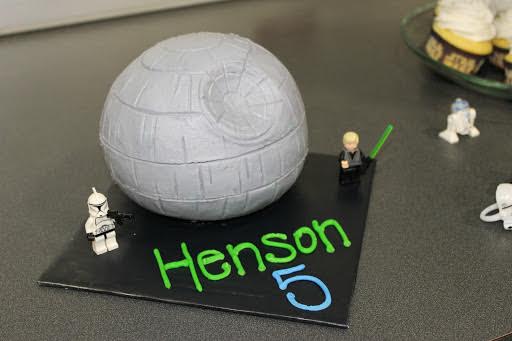 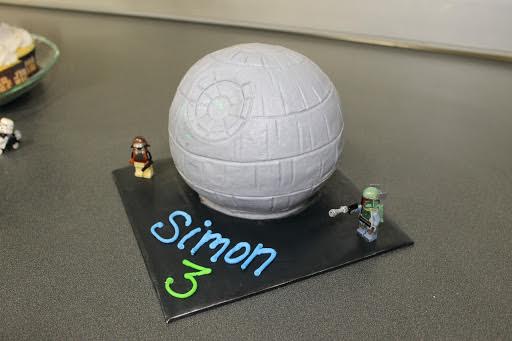 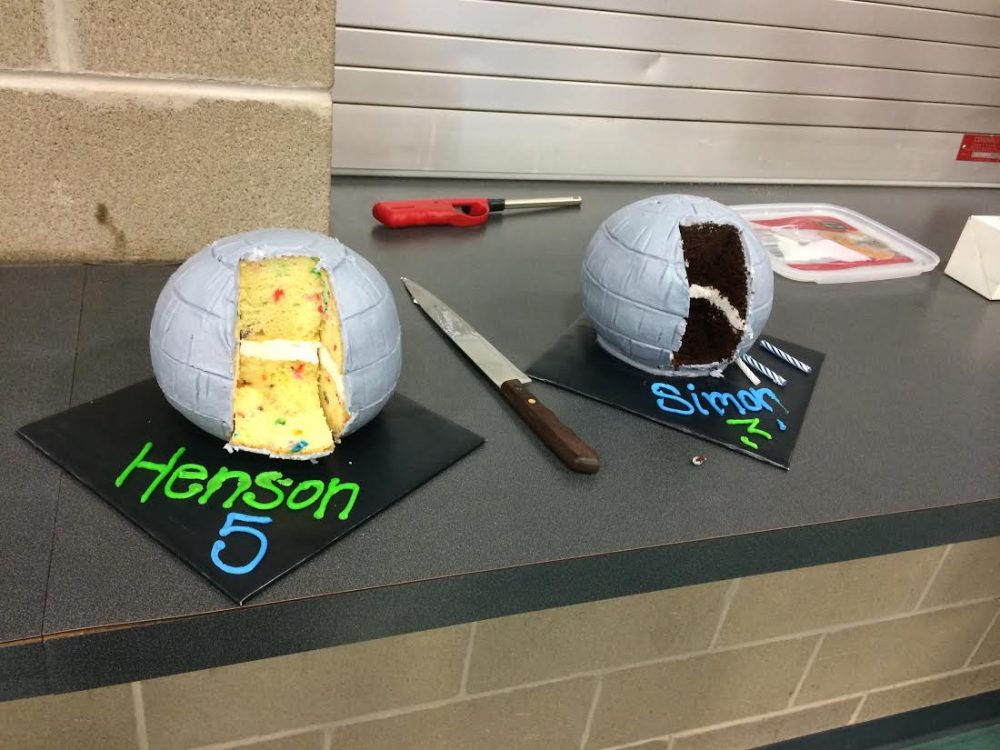 I decorated the tables with cupcakes & Lego Star Wars characters & Star Wars rings from Amazon that also became part of the boys’ gifts at the end. Double-win! 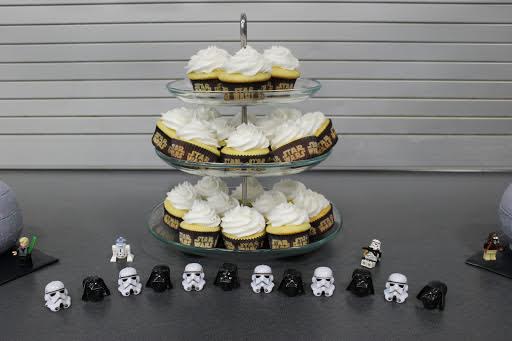 (Cupcake sleeves by William Sonoma – no longer carried – They do have the cute cookie cutters, though!) 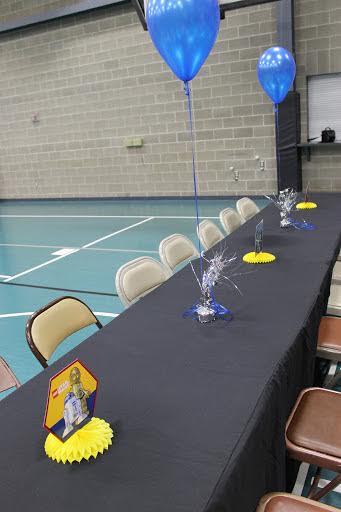 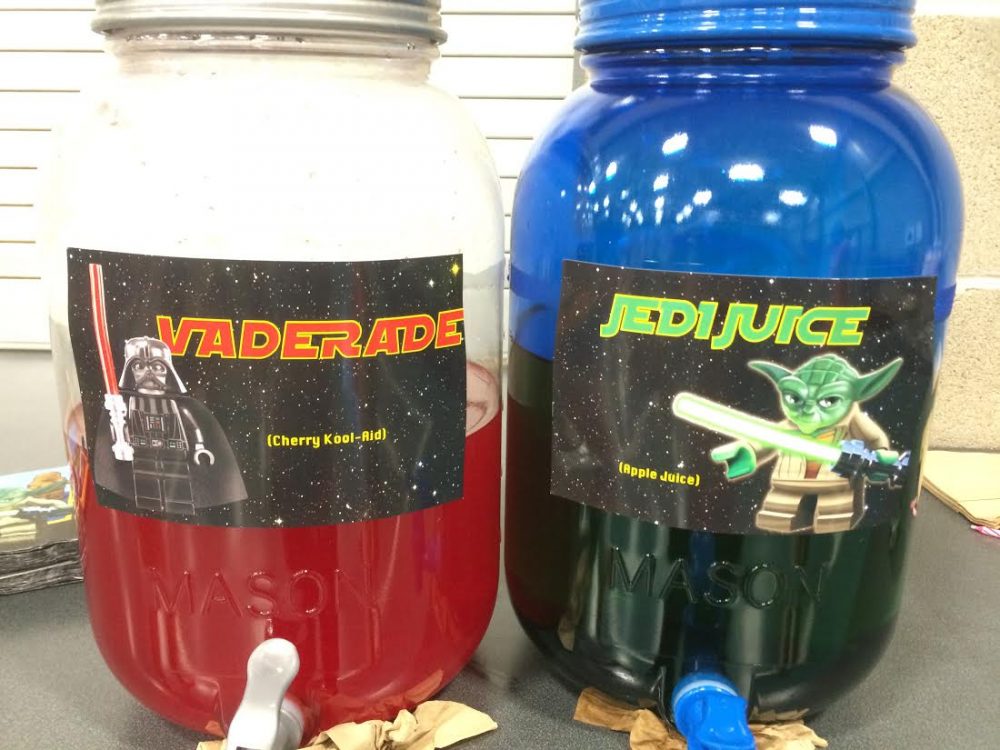 Each kid took home some Lego pieces and, of course, their new lightsaber as a thank you for coming! 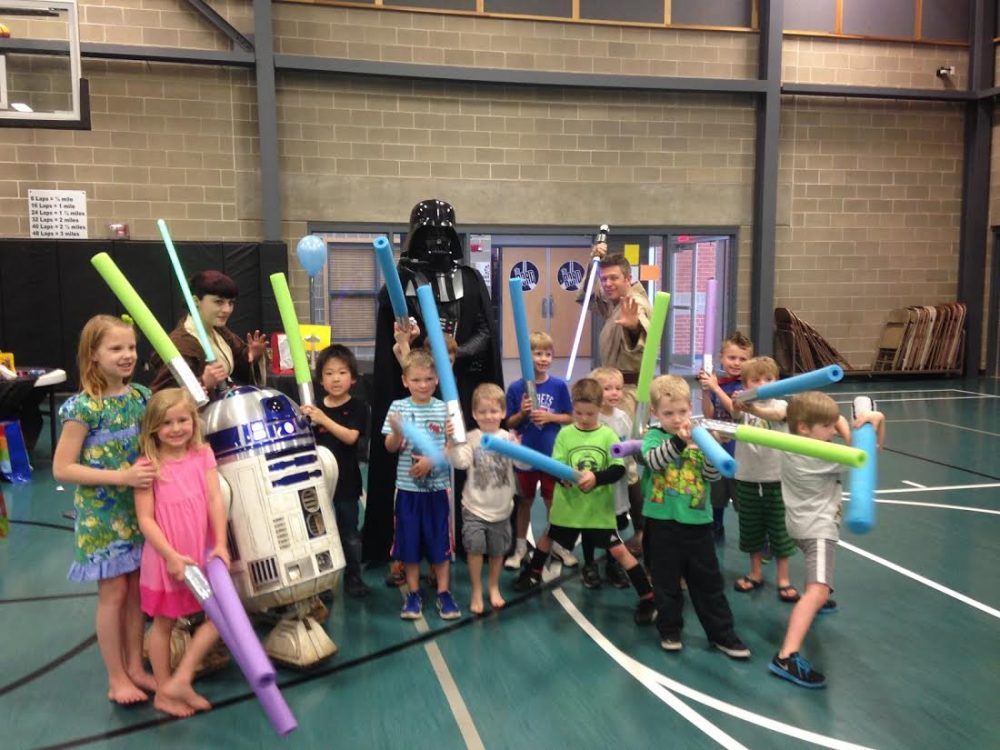 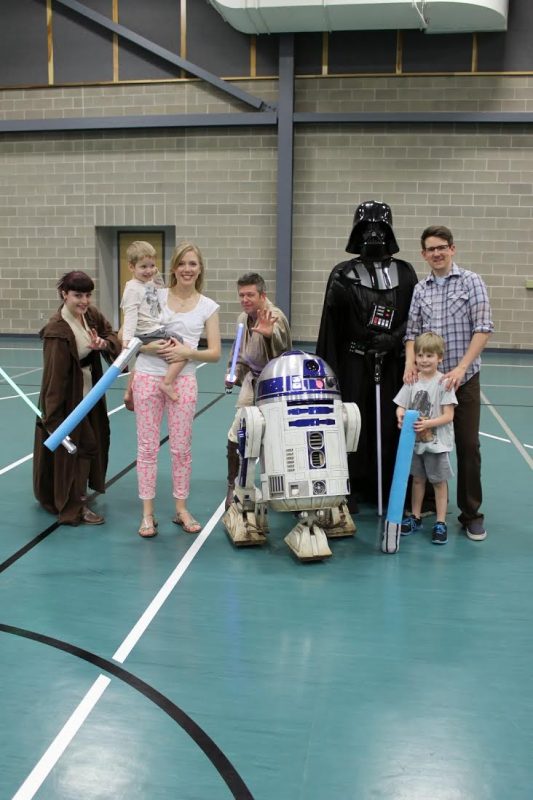 Looking for some more ideas for a Star Wars party? We’ve got them here!
Originally published May 3, 2017
Click here to cancel reply.