My boys are obsessed with Pokémon right now. They have the big binders full of trading game cards, books, etc., and know all the names and stats of each one. It blows my mind. Therefore, my son’s request for a Pokémon birthday party was no surprise. We decided to go for the in-home party (a.k.a. less expensive) this year, so I wanted to find a way to make this party active and fun for fourteen eight-year-old boys without getting too crazy (a.k.a. not inside my house).

I decided on our own twist of “Pokémon, Go!” with Pokémon Go LIVE. 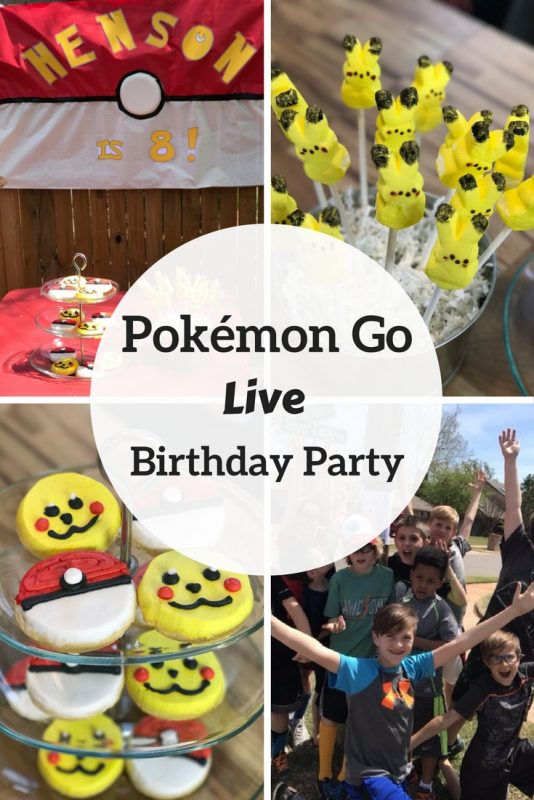 Butcher paper is where it’s at for cheap, easy decorations (See our other party here). I used half white and half red butcher paper taped down the middle with black tape, then added a white paper plate trimmed with black tape to the middle to make the banner look like a big Poke Ball. I downloaded a free font here to print out my son’s name and age.

This Ash hat seemed perfect for my son to wear (you can find it here), so he kind of became part of the decor theme, as well!

I found a cute idea here for Pikachu Peeps (a.k.a. Pikapeeps). So easy, and the kids thought they were pretty cool (and yummy, of course). 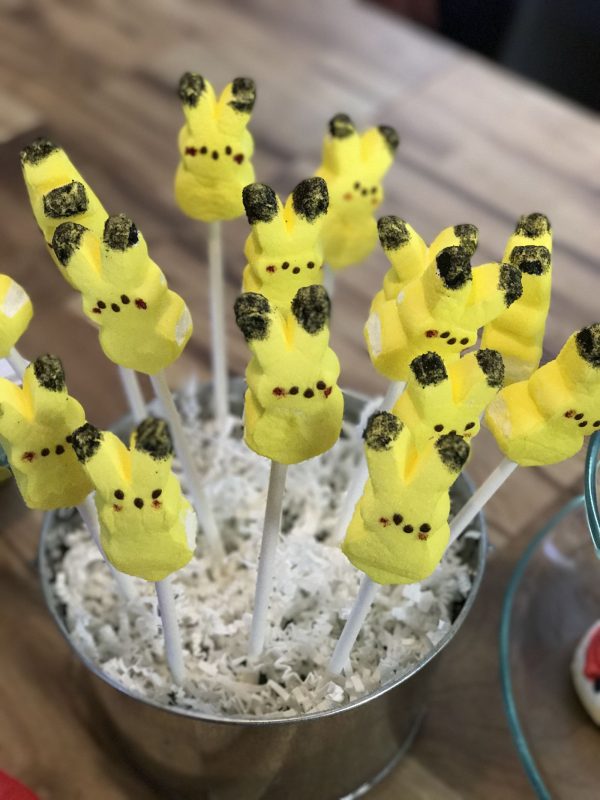 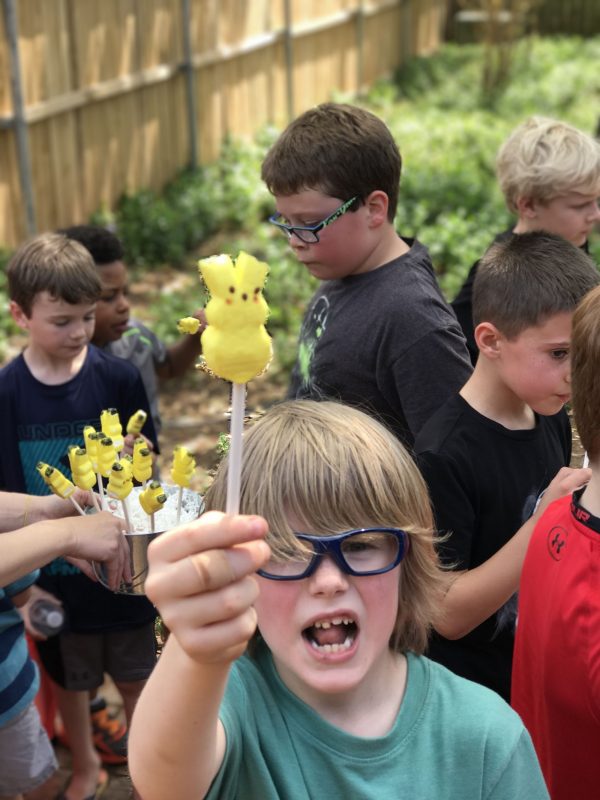 And then the Pokémon Go Live, of course! For this custom activity I thought it would be fun for the kids to split into two groups and get to ‘hunt’ printed pictures of Pokemon that were posted around our little neighborhood like a scavenger hunt. I gave my husband the job of coming up with clues they had to solve to know which character to find. Each team was given a list of clues and were set loose (with an adult, of course) through the neighborhood. When they found a Pokémon they had to take a picture with it as a group before they moved on. The picture was a way they could make sure they were hunting as a team, and we also used as a memento later. 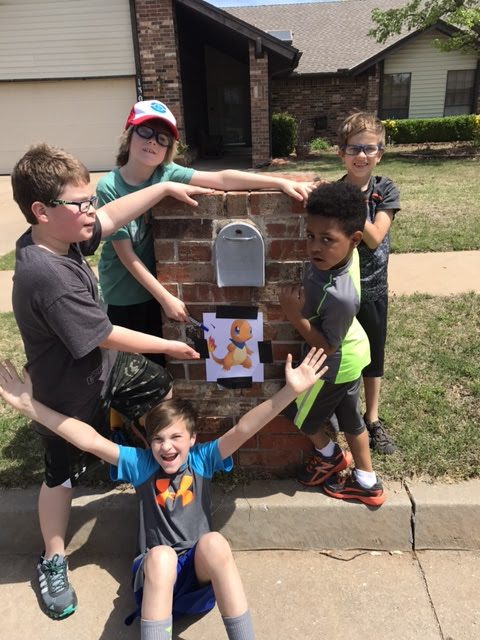 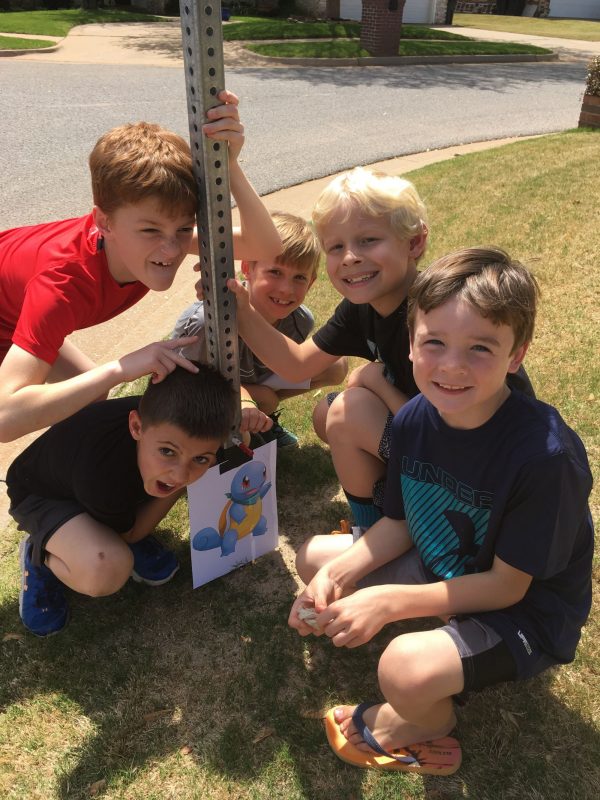 When they all returned back to the house they received a prize sack with their own Pokeball, character figurine, and some Pokémon cards. 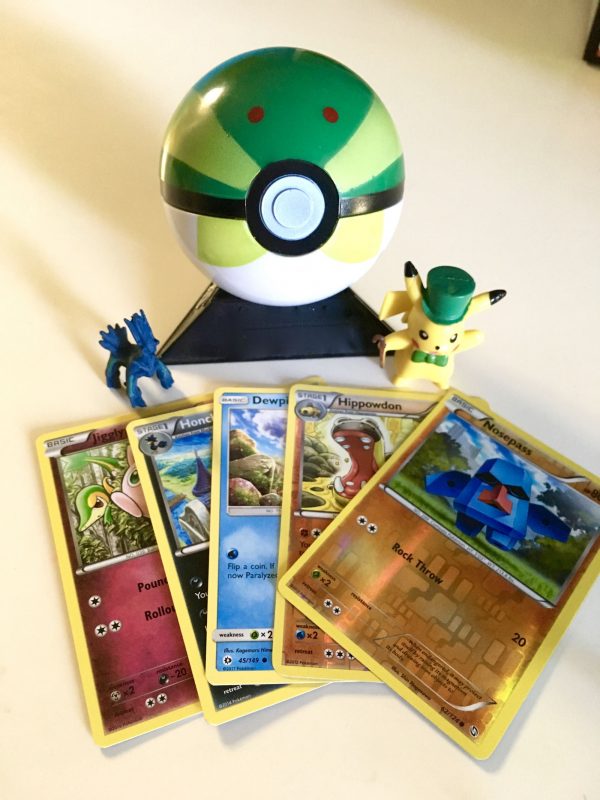 The kids LOVED the LIVE hunt. They were all a little bummed it was already over, so I think we could have made it twice as long. This was SUCH a fun party, and really simple to put together. 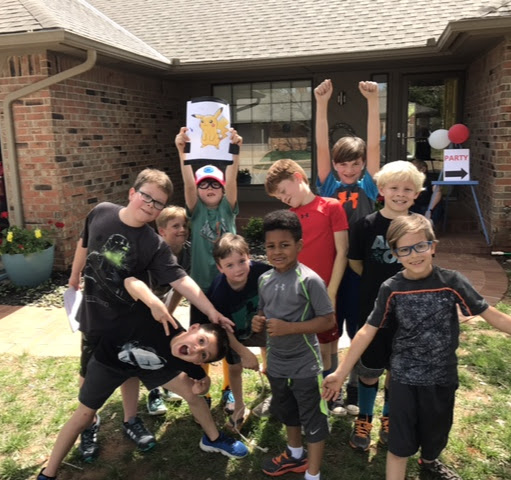